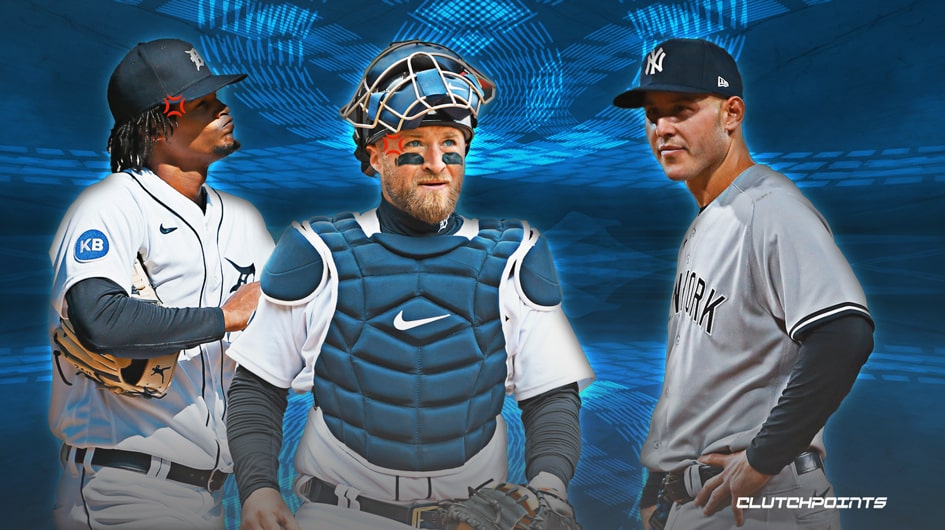 The Detroit Tigers sent rookie hurler Elvin Rodriguez to the mound against the New York Yankees on Sunday. After getting out to a strong start, it seemed as if the Yankees had figured out Rodriguez in the fourth and fifth innings. Well, it turns out, that’s exactly what happened. A video from Jomboy began making the rounds online, in which he identified that the Yankees had figured out the Tigers signs, due to Rodriguez tipping his pitches. The result was ugly, with Rodriguez inadvertently telling the Yankees exactly what he was pitching, and getting shelled for 10 earned runs on 11 hits as a result.

After the game, catcher Tucker Barnhart and Rodriguez both discussed the pitch-tipping, which they didn’t realize was occurring until it was way too late, via Evan Petzold.

#Tigers catcher Tucker Barnhart: "I didn't know until (Anthony) Rizzo told me when I got to first base in the eighth."

Right-hander Elvin Rodriguez: "I didn't realize that I was doing that, but I saw the video. Yeah, I was tipping. They figured me out." https://t.co/3LFVe4iBmR

Barnhart revealed that Anthony Rizzo had told him what was going on in the eighth inning. As for Rodriguez, he revealed he saw the video and concurred that he was tipping his pitches, saying “Yeah, I was tipping. [The Yankees] figured me out.”

It seems that the Tigers had some suspicions that the Yankees had successfully gauged their signs, however, Rodriguez and Barnhart were acutely unaware that it had to do with the rookie dipping his head before throwing a breaking ball. As Jomboy pointed out, Rodriguez and Barnhart attempted to do some sort of head-shake fakeout to confuse the Yankees, but clearly, that didn’t work out.

It’s a tough lesson for the young pitcher to learn, but it’s certainly one he won’t forget. Tipping your pitches is a critical mistake in baseball, and one the pitcher often doesn’t even realize he’s making until it’s too late. The Yankees wisely used this to their advantage, noticing the trend early in the game and using it to inflict serious damage at the plate.