Bradley Beal’s message to Frances Tiafoe after US Open exit vs. Carlos Alcaraz 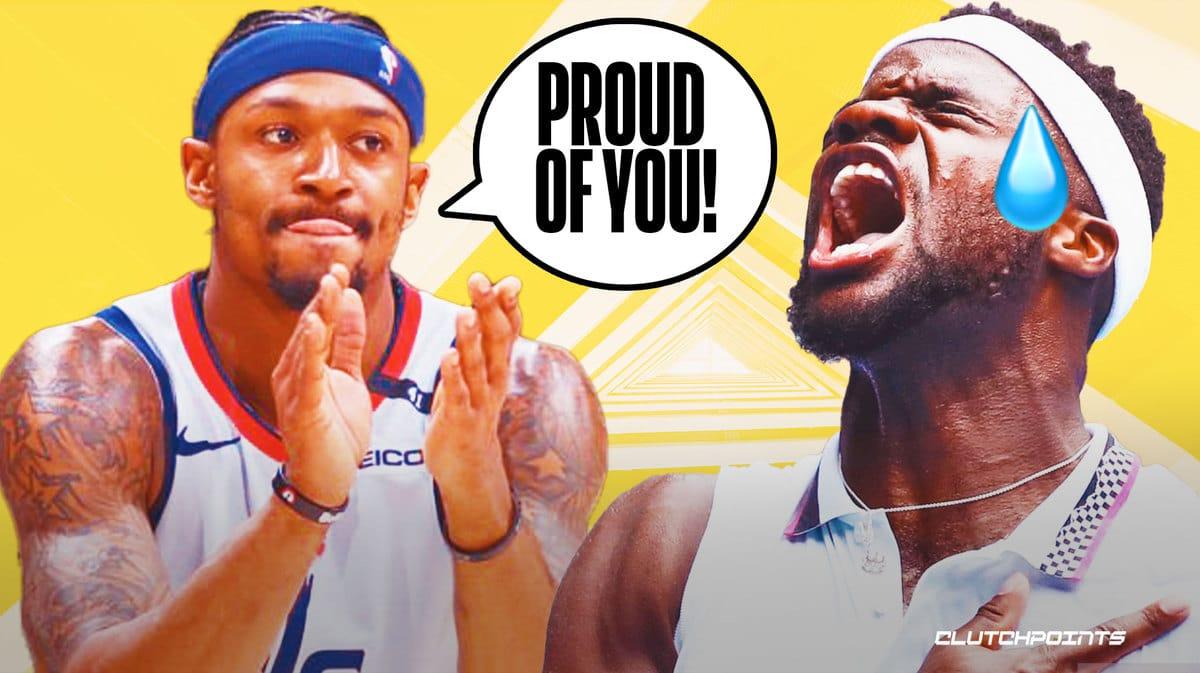 France Tiafoe may be feeling that he let everyone down with his US Open exit, but Washington Wizards star Bradley Beal certainly isn’t thinking that way.

After Tiafoe’s semifinals loss to Carlos Alcaraz in the US Open, Beal took to Twitter to send his message of support for the American tennis sensation. He praised both competitors for the incredible match before hyping up Tiafoe and saying that there is no doubt in his mind he’ll be back better and stronger.

“Match was unreal!!! True competitors. Proud of you [Frances Tiafoe]!! You will be back and win!!!” Beal wrote.

Match was unreal!!! True competitors. Proud of you @FTiafoe !! You will be back and win!!!

Frances Tiafoe is a huge Bradley Beal fan, so that message of love and support should at least ease the pain he is feeling–even for a little bit.

Before Friday’s US Open contest, Tiafoe showed his admiration for Beal by wearing his Wizards jersey during the warm-ups. It is also worth noting that Tiafoe gave Beal a special shout-out after upsetting Rafael Nadal in the Round of 16.

It was certainly not the ending that Tiafoe would have wanted in an otherwise incredible US Open run. Playing in the Finals, in front of the home fans, would just have been a dream come true for Tiafoe.

Despite the sad turn of events, as Beal hinted, Tiafoe can take plenty of positives from his experience. Not only has he proven he can perform on the biggest of stages, but he also showed everyone he can go toe-to-toe against the giants of the sport.