Usain Bolt is a retired Jamaican sprinter. He is widely considered to be the greatest sprinter of all time, he is even called “the fastest man alive”. His achievements in the discipline of track and field consist of being the world record holder in 100 meters, 200 meters, and 4 x 100 meters relay. On top of his records, Usain Bolt is also an eight-time Olympic gold medalist. He is the only sprinter to win the Olympic 100 meters and 200 meters titles in three straight Olympics (2008, 2012, 2016). His resume is stacked, to say the least. In this article, however, we will be talking about Usain Bolt’s net worth in 2022. 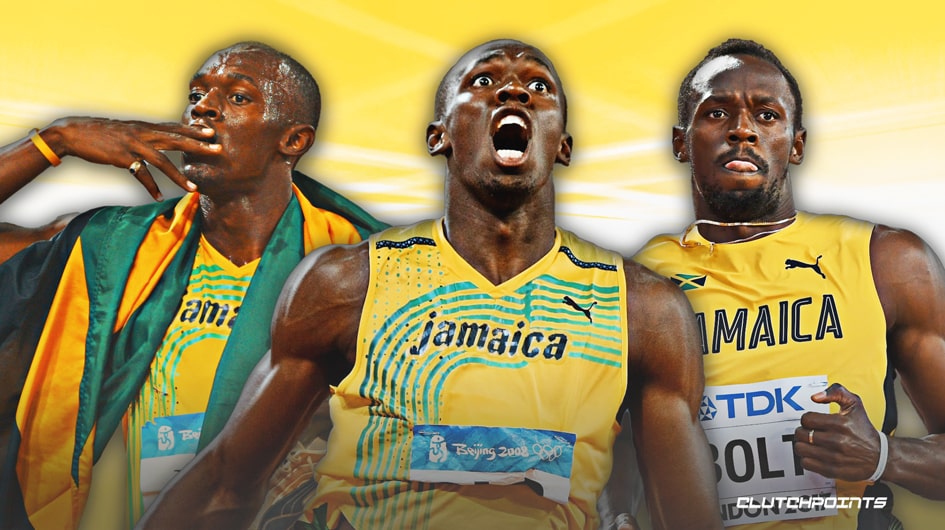 Usain Bolt’s net worth is estimated to be $90 million. This is agreed upon by multiple reputable sources such as Celebrity Net Worth.

Let us now talk about where it all started for the “Lightning Bolt” and his journey of becoming the “fastest man alive”.

Usain St. Leo Bolt was born on August 21, 1986, in a small town in Jamaica called Sherwood Content to parents Wellesley and Jennifer Bolt. He has a brother and sister named Sadiki and Sherine, respectively. His parents ran a local grocery store In the rural area and he grew up spending his time playing cricket and football in the street with his brother. During that time, he became a big fan of football and he developed an affection for big-time teams Real Madrid and Manchester United.

Bolt attended Waldensia Primary where he first began showing his sprint potential when he ran in the parish’s annual national primary school meet. When he was twelve years old, he became the school’s fastest runner at the 100 meters distance.

When he moved up to the high school level at William Knibb Memorial High School, he continued to focus on other sports — such as cricket — but his coach noticed Bolt’s speed on the pitch and he urged him to try track and field events. He was then trained by Dwayne Jarrett and former Olympic sprinter Pablo McNeil.

Usain Bolt won his first annual high school championships medal in 2001 when he took home the silver after finishing in the 200 meters with a time of 22.04 seconds. Pablo McNeil eventually became Bolt’s primary coach.

He first represented Jamaica in the 2001 CARIFTA Games where he finished with a silver medal after finishing the 400 meters in 42.28 seconds. He then made his first appearance on the world stage in the 2001 IAAF World Youth Championships in Hungary.

Bolt is one of nine athletes to win world championships at the youth, junior, and senior levels. Due to his talent, it was arranged for him to move to Kingston, Jamaica, to train at the Jamaica Amateur Athletic Association (JAAA) at the University of Technology, Jamaica.

By the time he was 15 years old, he had already grown to 6 ft 5 in tall. The medals came rushing in as he finished silver and gold in multiple tournaments such as the World Junior Championships and the CARIFTA Games. This would all help his brand which would go on to help Usain Bolt’s net worth in 2022.

In 2004, Usain Bolt turned professional during the CARIFTA Games that year. He then headed the Jamaican squad for the 2004 Athens Olympics but was defeated in the first round of the 200 meters due to a leg injury. He received multiple offers from American colleges but decided to stay in Jamaica and continue training in his homeland.

He won his first major world medal during the IAAF World Athletics Final where he finished with a bronze medal. He followed it up with a silver medal in the IAAF World Cup. Bolt expressed his desire to run the shorter 100-meter distance, but his training was skeptical so he told him that he can participate in the 100 meters if he broke 200 meters national record. He then ran 19.75 seconds in the 200 meters during the Jamaican Championships — breaking the 36-year-old national record.

In his debut at the 100 meters during the 23rd Vardinoyiannia meeting, Bolt won the gold medal with a time of 10.03 seconds. He then won the silver medal during the 2007 World Championships in Osaka, Japan. During the Reebok Grand Prix in 2008, he set a new 100 m world record after he ran 9.72 seconds in only his fifth senior 100 meters race.

During the 100 m final of the 2008 Beijing Olympics, Usain Bolt set a new record once again as he sprinted for only 9.69 seconds. This time, though, he visibly slowed down to celebrate his victory so many experts believe that he could have finished with a sub 9.60s time.

In the 2012 London Olympics, he won the gold medal once again and he broke his own record as he finished with a time of 9.63 seconds. He became the first man in history to successfully defend both his 100 m and 200 m gold medals as he also won the Olympic 200 meters title.

He then repeated his feat in the 2016 Brazil Olympics as he defended both the 100 m and 200 m titles once again, making him the first athlete to win both events three times at the Olympic games.

In the 2017 World Athletics Championships, Usain Bolt ran his final race as part of Jamaica’s 4×100-meter relay team. Unfortunately, his career ended in agony as he collapsed on the track with 50 meters to go because of a hamstring injury. He refused to ride a wheelchair and he was helped by his teammates to cross the finish line for the final time in his career.

On December 3, 2017, Usain Bolt had a statue of him made in his honor and it was unveiled at the National Stadium In Kingston. The monument shows him in his signature “lightning bolt” pose.

Aside from his sprinting career, Usain Bolt is also a fan of cricket and soccer. He participated in the 2013 NBA All-Star Weekend Celebrity Game wherein he scored two points from a dunk. He then played soccer in 2018 for Norwegian club Strømsgodset in a friendly match, as well as captaining the World XI side during the 2018 Soccer Aid at Old Trafford.

Due to his status as the best sprinter in history, it is only natural that Bolt attracted a lot of endorsement deals and advertising work throughout his career. He collaborated with brands such as Puma, Gatorade, and Virgin Media, among others.

In the same year, he was a part of Forbes list of The World’s Highest-Paid Athletes after earning $31 million. It is also believed that Bolt has earned a total of $30 million from endorsements only.

With all of that being said, were you surprised about Usain Bolt’s net worth in 2022? JUST IN: Manuel Neuer’s Net Worth in 2022
Related TopicsUsain Bolt