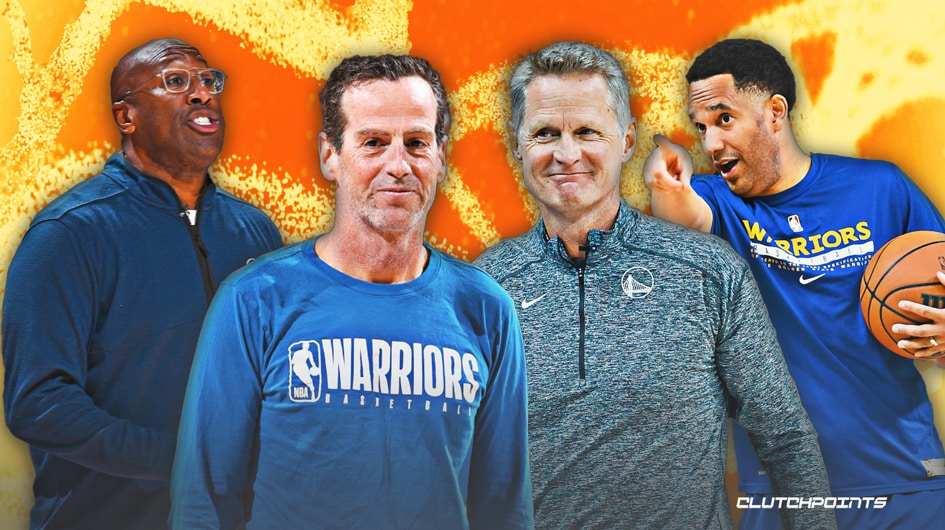 The once-juggernaut Golden State Warriors reverted back to “Strength In Numbers” to win a remarkable fourth championship in eight seasons. As Steve Kerr’s assistants continue reaping the rewards of the team’s sustained success, the Warriors are relying on that long-held rallying cry to compensate for Mike Brown’s departure to their Northern California rivals.

Amid Brown taking over as head coach of the Sacramento Kings, Golden State has promoted Kenny Atkinson to lead assistant and player-development specialist Jama Mahlalela to the front of the bench.

The Warriors are promoting assistant coach Jama Mahlalela to the front of the bench, per sources. He fills the Mike Brown vacancy. Kenny Atkinson bumped to lead assistant on Steve Kerr’s staff. Mahlalela was hired last summer. He runs the player development program.

Brown, the Warriors’ lead assistant since he joined the franchise following the 2015-16 season, was named Sacramento’s new head coach on May 9th. His tenure with the Kings officially began in the immediate wake of Golden State’s championship run.

Atkinson, meanwhile, infamously accepted an offer to become the Charlotte Hornets head coach during the playoffs, only to change course and return to the Warriors shortly after the conclusion of the NBA Finals. Reports indicated that his presumptive promotion to Golden State’s top assistant played a role in his stunning decision, as well as his family’s affinity for the Bay Area.

“Kenny’s got two kids, you know, teenagers who really wanted to stay, and I think that’s a really difficult thing to try to take a job in the middle of the Finals without really getting a chance to unwind,” Kerr said of Atkinson staying with the Warriors, per Angelina Martin of NBC Sports. “And I think over the course of the Finals, he just felt like, ‘You know what, this is not the best time for my family and me to leave.’ So I’m glad that Kenny trusted his gut, and hopefully Charlotte ends up with a great coach and everybody moves forward. But we’re lucky to have him back, especially losing Mike Brown next year. I need Kenny and I’m thrilled he’s back.”

Mahlalela was hired as the Warriors’ director of player development before 2021-22. A rising star in the coaching ranks, Mahlalela had previously been with the Toronto Raptors since 2006, where he was lauded for his ability to relate to players on a personal level while helping improve specific aspects of their games. The 42-year-old is also serving as the Dubs’ head coach at Las Vegas Summer League.

Golden State overhauled its coaching staff prior to last season with a renewed focus on player development, the area in which Atkinson and Mahlalela thrive. They’ve already proven instrumental in the growth of players like Andrew Wiggins and Jordan Poole. Now granted additional responsibility, don’t be surprised when Atkinson and Mahlalela play an even bigger role in the development of youngsters Jonathan Kuminga, Moses Moody and James Wiseman.