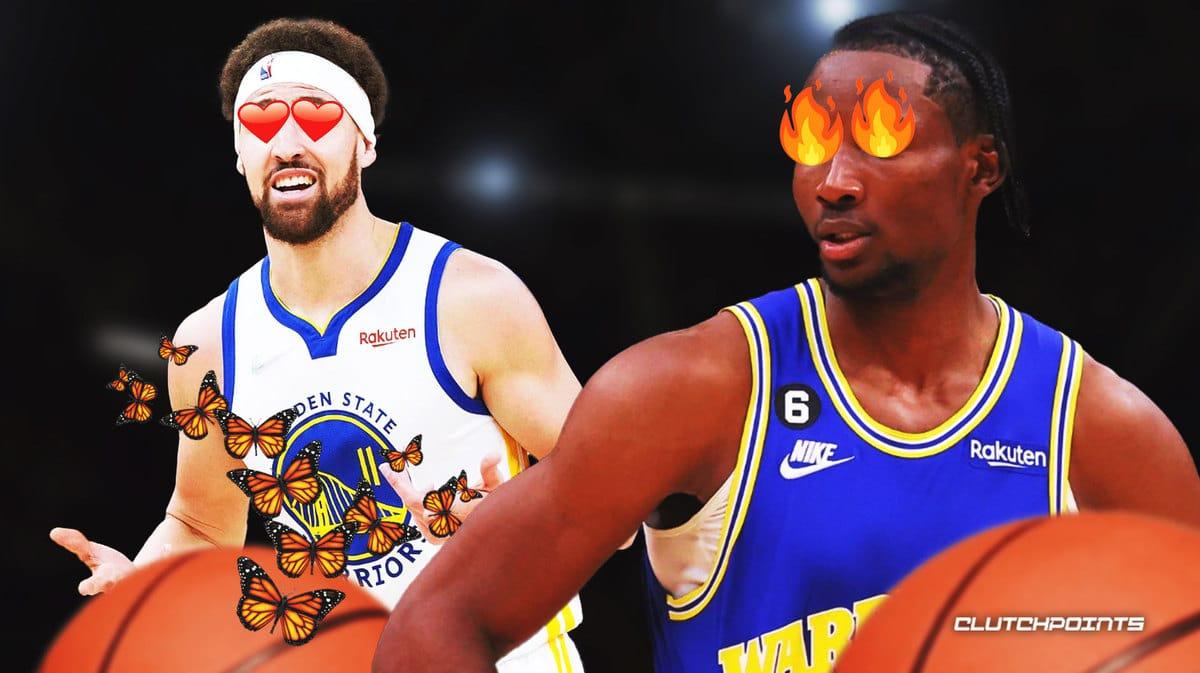 At this point in the season, Jonathan Kuminga just hasn’t had the breakthrough campaign many believed he was in line for. The Golden State Warriors stud has struggled with consistency, and the fact that there’s just not enough playing time available for him clearly has a significant impact on his lackluster season thus far. Nevertheless, Klay Thompson is still all-in on the Kuminga hype train.

The Warriors pulled off a massive 37-point win over a hapless San Antonio Spurs side on Monday, and Kuminga had one of his best performances of the season. At one point, the 6-foot-8 forward threw down an eye-popping one-handed slam on the break:

This prompted quite a reaction from Klay Thompson, who just couldn’t hide his excitement about Kuminga’s untapped potential:

“One of the best athletes in the NBA, 20 years old, there’s so much good basketball ahead of him,” Thompson said, via Taylor Wirth of NBC Sports. “So I just get butterflies thinking about what these young bucks can become.”

Kuminga finished Monday’s win with 15 points, three rebounds, two assists, and three triples in 25 minutes off the bench. This was the second-most minutes he’s played all season long, and it’s no coincidence that the 20-year-old had much more time on the floor in a blowout.

Sooner or later this season, however, we expect Kuminga to fulfill a bigger role for the Warriors. For his part, Thompson is confident that his young teammate will step up to the plate when his time comes — not only this season but for the years to come as well.