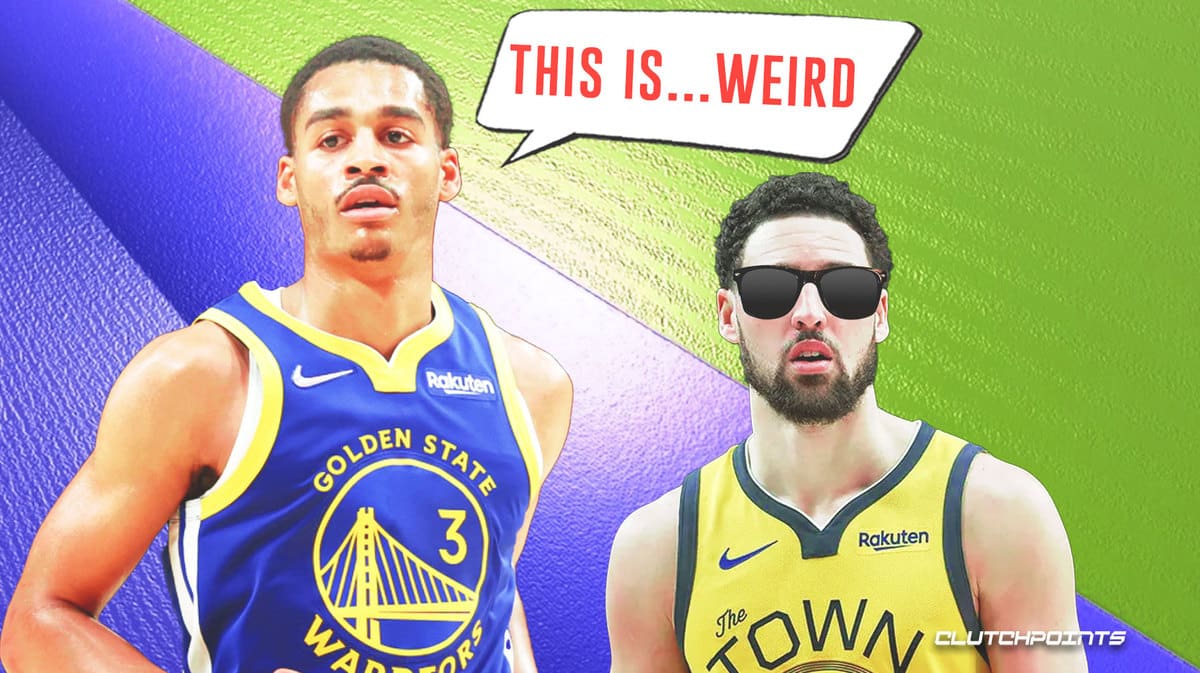 Klay Thompson’s return to action has taken all the headlines last week. It’s obviously deserved: the Golden State Warriors guard is one of the most electrifying players in the NBA. Seeing him return to action after over two years will undoubtedly get most fans (and some NBA stars) excited over his play.

However, there has been a rather forgotten casualty amidst all the celebration. Klay Thompson’s return means that Jordan Poole, the Warriors’ emerging young guard, moves back to the bench. It’s been a rough transition for Poole, but it hasn’t been difficult according to him. (via Anthony Slater)

“It’s different. I wouldn’t say it’s difficult. It’s a change and we all were expecting it…Klay is a really, really good player.”

Jordan Poole has been quiet off the bench in Klay Thompson’s three games. He was aggressive starting tonight. Has the change been difficult?
“It’s different. I wouldn’t say it’s difficult. It’s a change and we all were expecting it…Klay is a really, really good player.” pic.twitter.com/g25M4Pn5zS

Poole has thrived as the Warriors’ starting guard alongside Stephen Curry. He’s averaging roughly 18 points and 3 assists per game in his 30 starts this season. However, with Thompson returning to the court, Poole has had to return back to the bench as the sixth man of the team.

The transition hasn’t been kind to Poole. As he shifted back to his former bench role, the Warriors guard struggled, as his scoring dipped. However, with Klay Thompson resting against the Bulls, Poole got to start again, and he tore up Chicago to the tune of 22 points and 5 assists en route to a huge win.

Still, Poole and the Warriors need to figure out a way for both of their shooting guards to play to their strengths together. It’s a pretty good problem to have for Steve Kerr, but it’s an issue that still needs to be addressed before the playoffs start.