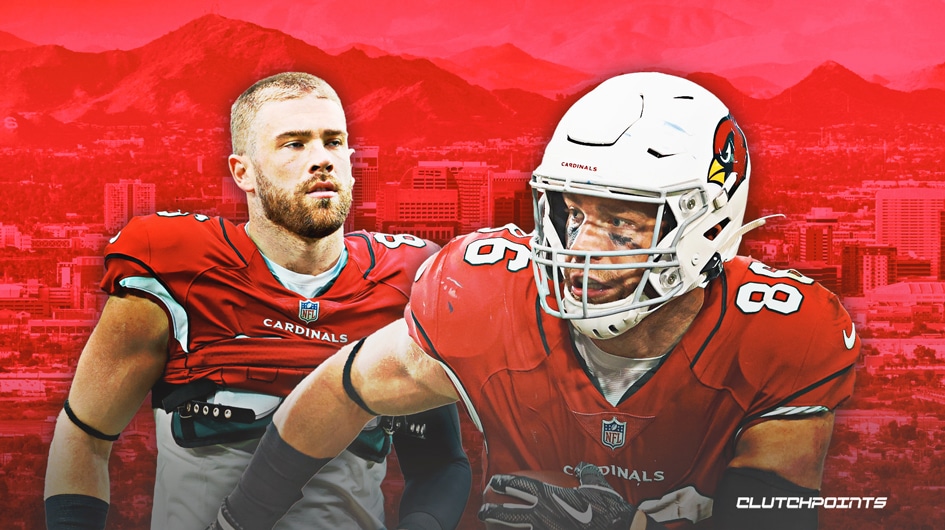 The 2021 season marked the end of an era for Zach Ertz. In the middle of his ninth year with the Philadelphia Eagles, he was traded to the Arizona Cardinals. In Philadelphia, he played a key role in the team’s Super Bowl LII run as he had seven catches for 67 yards and a touchdown in the final game.

After some injury-plagued seasons, Ertz will have a new chance to return to his Pro Bowl days. With the Cardinals giving him a three-year extension worth $31.65 million, the tight end has the confidence from the front office that he will play as he did in his best days.

With that being said, here is the fantasy outlook for Zach Ertz in the 2022 NFL season.

In just 11 games in Arizona last season, Zach Ertz had 56 receptions for 574 yards, plus adding three touchdowns. He also had 20.4% of the team’s targets over that span. According to FanDuel, if Ertz had played all 17 games for the Cardinals, he was on pace to finish the year with 87 catches, 887 yards and five scores.

Turning 32 during the upcoming season, the former Eagle’s big impact in the few games he had for his new team could indicate that he is far from done. Pro Football Focus has Ertz as a preseason top-15 tight end, and lists him as a possible top-12 for his position by the end of the year.

Ertz’s role might increase in the early weeks as fellow tight end Maxx Williams still recovers from a torn ACL that sidelined him for most of 2021. Additionally, five-time Pro Bowler DeAndre Hopkins is out for the first six games of the year following an NFL suspension for violating the performance-enhancing drugs policy. Also, former second-round pick Christian Kirk left Arizona to join the Jacksonville Jaguars after almost having 1,000 receiving yards last season.

On the other hand, Arizona did add some impactful offensive options for quarterback Kyler Murray to throw to. The team added wide receiver Marquise Brown, who had over 1,000 receiving yards with the Baltimore Ravens in 2021. The Cardinals also selected tight-end Trey McBride in the second round of the 2022 NFL Draft, so the rookie has a chance to earn meaningful snaps right away.

At the end of the day, with two important offensive pieces out, Murray might see a veteran like Zach Ertz as the solution to the team’s problem with Hopkins out. Ertz had the potential of being the team’s TE1, meaning a larger role than he had in his final years in Philadelphia. In the seven games without Hopkins, the tight end had 43 catches for 414 yards and two scores. He also had nine or more targets in the last five of those games.

The former Stanford standout appears as high as a top-10 tight end for fantasy football leagues. In 2021, he ranked sixth for his position in PPR points per game. Considering all of those factors, FanDuel says that Ertz’s position in fantasy drafts could be around the eighth round. With players such as Travis Kelce and Mark Andrews on the board, the former Super Bowl champion might be a solid pick if fans let their tight end selections towards the end of the draft.