If the 2017 All-Star Game were to start this very day, Golden State Warriors center Zaza Pachulia would be starting in the game next to his teammate Kevin Durant.

It seems like Pachulia once again has had the unconditional support of the entire country of Georgia frantically voting to see their hero in one of the NBA’s biggest festivities.

This is the blueprint incident that the NBA has tried to avoid with the 50-25-25 split between fan voting, select media members, and players weighing in to who should be selected to start for their respective conferences. This very scenario also happened last year and the panel of Inside the NBA was notoriously adamant on making a change, given how Pachulia’s performance couldn’t possibly stack up to the other All-Star candidates on the ballot.

It would be hard to believe that media members and fellow players would concur on Pachulia being deserving of being a starter for the West, so hopefully the balloting change will have its desired effect in this All-Star Game. 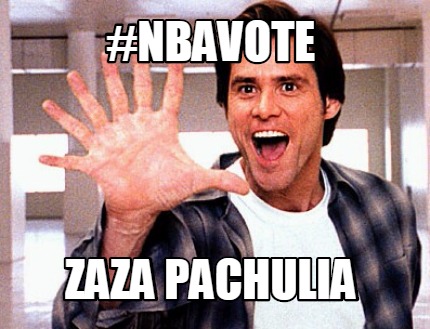