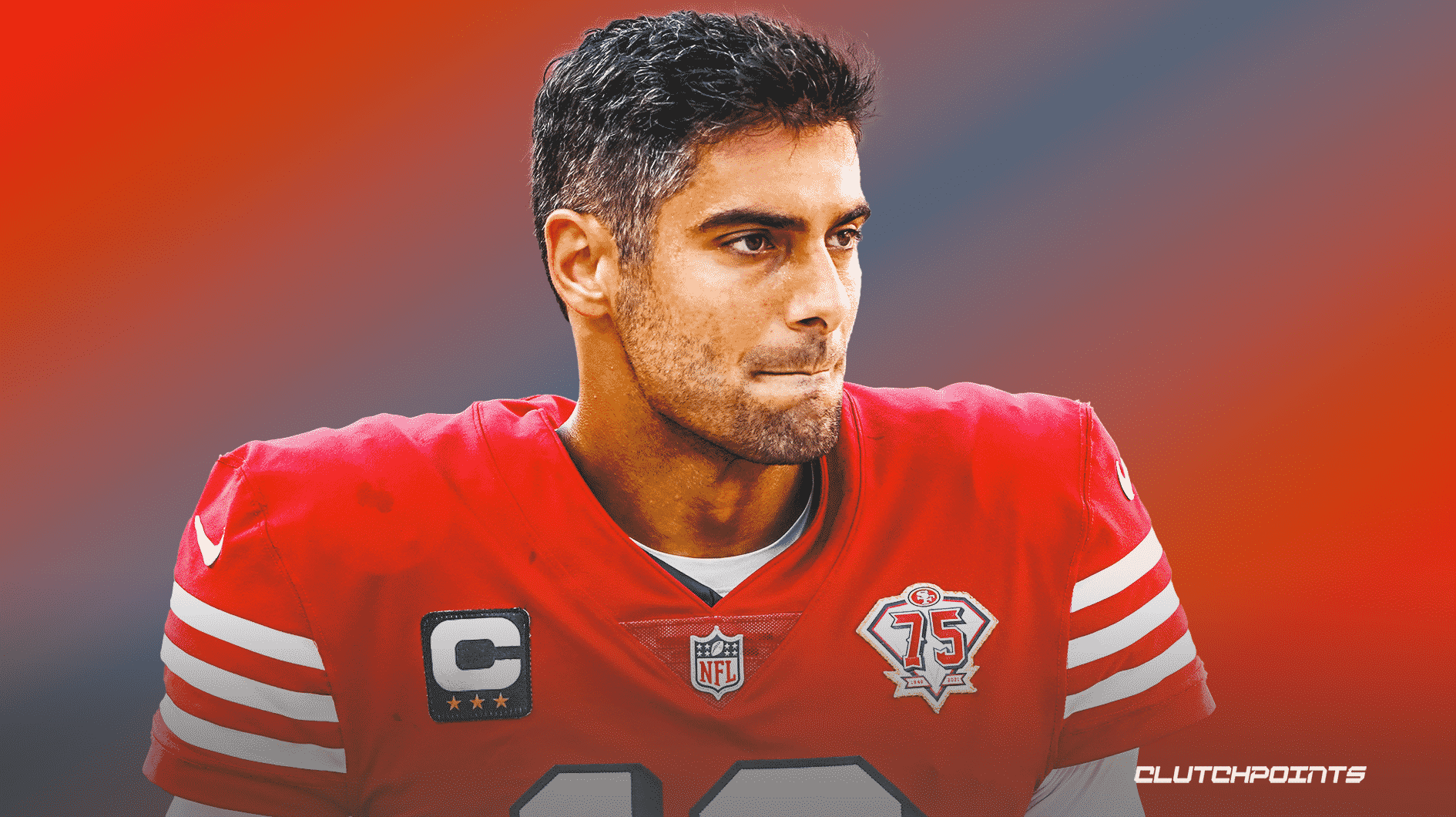 Jimmy Garoppolo remains on the San Francisco 49ers despite a trade becoming a likelihood after their season. With Trey Lance expected to become the new starter, San Francisco has been unable to find a new home for their veteran QB. That might not be the case soon.

According to Adam Schefter of ESPN, the 49ers are allowing Garoppolo’s agents to seek a trade. Although the quarterback market is just about settled following the Carolina Panthers trading for Baker Mayfield, the 49ers’ decision could allow them to finally move on from Garoppolo.

49ers officially have given Jimmy Garoppolo’s agents Don Yee and Carter Chow permission to seek a trade, sources said. Garoppolo has been cleared to start practicing, per team source; 49ers still are expected to exercise caution with him this summer.

Jimmy Garoppolo only has one more year left on his contract but it is worth over $24 million, which complicates trade possibilities. For a player who could very well end up being a one-year rental, that is a huge salary.

Last season, Garoppolo threw for 3,810 yards, 20 touchdowns and 12 interceptions while completing 68.3 percent of his passes. He led the league on net yards gained per pass attempt, though much of that was thanks to the outstanding talent around him.

Even though training camp is about to begin around the NFL, there are plenty of destinations that make a lot of sense for Jimmy Garoppolo. The Cleveland Browns make sense after trading away Mayfield and other teams like the Atlanta Falcons or Seattle Seahawks could use another option to start. Many other teams could look to make Garoppolo their backup, where he would be a very solid option.