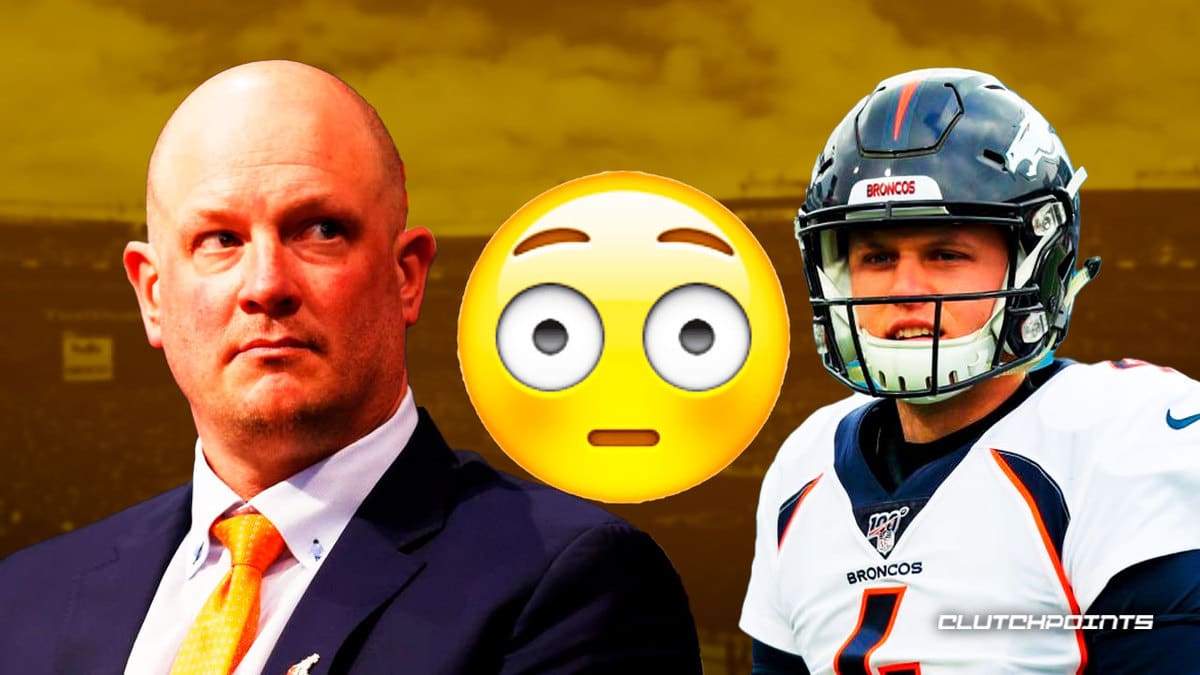 The Denver Broncos were one of the last teams to release their unofficial depth chart ahead of their first preseason bout with the Dallas Cowboys.

The Broncos sustained a significant blow to the wide receiver corps following the season-ending ACL injury to Tim Patrick. Patrick was the Broncos’ best-performing wide receiver for the past few seasons. But with one door closing, more open for other wide receivers on the roster battling for a final roster spot.

Preseason games aren’t necessarily entertaining, but there are some position battles to keep an eye on. While this unofficial depth chart could be far from what the final one will look like, there are still some initial surprises.

The Broncos have themselves another quarterback battle! Well, sort of. Also because it is for the backup quarterback role, should we even use the term “battle?” Regardless, the Broncos are still deciding on who will backup Russell Wilson for the season.

Best case scenario is that whoever is QB2 doesn’t play much in the regular season, or only comes in for starter relief if the Broncos are blowing someone out. Worst case scenario, Wilson gets injured and misses time, and the backup is now thrown into the starting quarterback role. Both Johnson and Rypien have had very limited opportunities as a team’s starting quarterback.

Rypien has spent his entire career with the Broncos, mostly in a backup role. In fact, he’s spent some time as the backup’s backup. Heading into training camp, it was believed Rypien held the edge over Johnson. Rypien’s intangibles are a bit more intriguing for Hackett’s offense, but the competition for the backup gig still remains ongoing.

Brett Rypien’s BOMB to Kaden Davis to get the Broncos’ offense into the red zone during a move-the-ball period today. pic.twitter.com/LwocdPlVnO

Johnson and Rypien will get a majority, if not all of the snaps during the preseason. During this time the two will duke it for a spot on the final roster, because it is extremely unlikely the Broncos will carry three quarterbacks through the season.

About a week ago, Cleveland suffered a throat injury that reportedly will have him out for four to six weeks. Per Mike Klis of 9News Denver, the injury thankfully doesn’t include cartilage damage and won’t require surgery.

With Cleveland most likely being out for the entirety of the preseason, there is a bit of confusion as to why he’s listed as the second wide receiver behind Courtland Sutton (otherwise listed as the 4th or 5th string wide receiver.) Usually, if a player is injured, they wouldn’t appear on the depth chart, or they’d at least have an asterisk next to their name. Also, we haven’t seen enough from Cleveland to determine if he should be the next option if Sutton were to go down to injury.

Despite Cleveland appearing this high on the unofficial depth chart, he could still have a bit of a difficult time making the final roster. With Cleveland getting injured during a key “tryout” time like the preseason, it unfortunately hurts his chances.

According to the roster, the Broncos are currently carrying seven tight ends. This number is obviously expected to shrink come time for the final roster to be established.

Albert Okwuegbunam is listed as the starting tight end, with rookie Greg Dulcich listed as the second string. Dulcich has been battling some injury issues as of late, so his spot on the depth chart could be subject to change.

What is a bit shocking though is how far Eric Saubert has fallen down the depth chart. During the offseason, Saubert was re-signed by the Broncos to a one-year deal. During offsite practices, Saubert (as well as Okwuegbunam) have been some of Russell Wilson’s favorite tight end targets. So seeing him listed as the fifth-string tight end was rather interesting.

Ahead of him is Andrew Beck, who was used as a fullback last year, as well as Eric Tomlinson. Tomlinson has made more of an impact as a run blocker in his career than a pass-catcher. It’s hard to believe the Broncos will keep a player on their roster just for his run-blocking abilities, but who knows! Regardless, expect the team to keep a maximum of four tight ends on the final roster.

Time for Saubert to really step up in the preseason and show the Broncos that he is worth keeping. 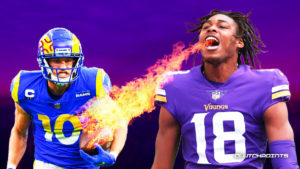