The topic has been in full blaze this week as a segmented story by ESPN’s Jackie MacMullan detailed players, coaches, front office executives, and even referees’ struggles with mental health.

Boston’s own Paul Pierce admitted to having a dreadful 2000-01 season after he was stabbed, battling severe depression and paranoia after coming inches away from dying.

“I don’t expect anyone to have sympathy for players,” Ainge told MacMullan. “I can’t tell you how many of them I’ve warned and warned and begged to address their issues. They don’t, then come back three years later and say, ‘OK, now I’m ready.’ But the chance is gone. There are 60 new players in a 440-person pool every year. There’s a huge percentage of turnover and the competition is fierce.

“When you get here, you better be ready — mentally, emotionally and physically. Because otherwise it will eat you alive.”

The NBA is a high-pressure cooker, with more media, fan base, and all-around drama than most other leagues, putting an immense pressure on a player during a grueling 82-game regular season.

Players and the NBPA are hoping to get mental health care as part of the provided package, as well as the condition of anonymity, despite some owners hoping to get access to their players’ mental health records in hopes to protect their investments. 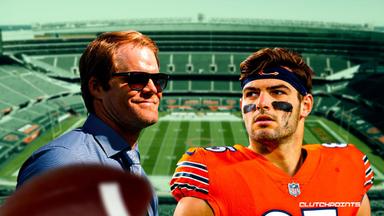