Pelicans: The blockbuster trade to pair a star with Zion Williamson

Every offseason some superstar player moves teams; last year both Paul George and Russell Westbrook were traded from the Oklahoma City Thunder. This offseason there’s a dark horse team that has acquired a lot of assets that is poised to make a big deal, the New Orleans Pelicans.

They have young talents like 23-year-old All-Star Brandon Ingram, Lonzo Ball, Nickeil Alexander-Walker, and Josh Hart plus they own all of their future first-round picks and acquired several draft picks from the Lakers in the Anthony Davis trade.

On the daily Locked On Pelicans Podcast, host Jake Madison explains how the Pelicans could package together pieces to trade for a superstar player to pair with Zion Williamson. 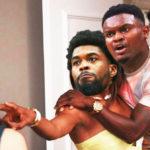 ‘They’ve got to see me’: Pelicans enforcer makes sure rest of NBA knows that Zion Williamson, Brandon Ingram are untouchables 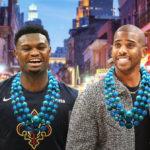 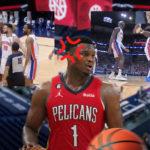 Jake Madison: Giannis Antetokounmpo I think could be in play, Bradley Beal certainly, Ben Simmons and CP3, absolutely. I’ve thrown out ideas for CP3 before, I don’t think it’s as going to take as much to get him as you think you’ll need to give up an asset you probably need to maybe give up Lonzo Ball or Nickeil Alexander-Walker whatever it’s going to take to make the salaries work which is a bit of a mess because he’s got a pretty large contract. But he is absolutely gettable…

You could maybe have one of those Lakers picks plus a young guy and whatever it takes to match the salary might be enough to bring in Chris Paul. So yes, if you think Chris Paul is that superstar level player, the Pelicans can 100 percent make that trade, potentially without including Jrue Holiday in there too. Keep that in mind too. I’m trying to kind of formulate some of these trades without giving up Holiday… Would I include him in a trade for Bradley Beal or Giannis? 100,000 million percent yes, I would include him in a trade for one of those guys.

When you get to the Lakers’ picks the Pelicans have, they’re going to be between 25-30 not that great. It’s not bad, but I don’t think it’s all of that great. So in trading for Anthony Davis, if you got 80 percent of AD’s value, which seems about right, I think that’s great. When you repackage all of that stuff to send off you could really have something there.