Right at the deadline to do so, Manu Ginobili opted out of his $2.6 million player option with San Antonio to become a free agent.

Ginobili maintained that his decision for next year will be completely independent of what Tim Duncan decides to do, when asked by reporters earlier in the season.

He doesn’t seem to be going anywhere though; according to Shams Charania of the Vertical, Manu is leaning towards one more year with the San Antonio Spurs.

At the age of 38, Ginobili will likely sign his last contract and retire following the 2016-17 season, signaling the end of the Spurs’ legendary Big-3 era. 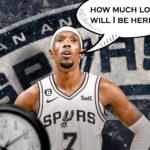 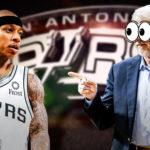 Ginobili has spent his entire career in San Antonio after being drafted in 1999 and has won 4 championships, while also qualifying for the postseason every year of his career.