Le’Veon Bell: 4 teams who should consider a trade for the Jets running back

The New York Jets signed running back Le’Veon Bell to a four-year deal last offseason. Now, one year into his contract, it looks like the Jets will try to move him.

Due to Adam Gase’s lack of commitment to Bell and the fact that Joe Douglas was not the general manager when New York landed the three-time Pro Bowler last March, there seems to be a good chance that the Jets will try to trade Bell, and Douglas even said that he will listen to offers.

Of course, moving Bell will be difficult with three years and around $40 million remaining on his deal, particularly after a miserable 2019 campaign in which he averaged just 3.2 yards per carry, but for the sake of argument, let’s go over four teams who should at least consider swinging a deal for Bell this offseason:

It was a strange year for the Chargers’ backfield.

Things began with Melvin Gordon holding out for a new contract, and during Gordon’s absence, Austin Ekeler and Justin Jackson held down the fort.

Gordon returned in Week 5, but proceeded to log just 3.8 yards per attempt over the course of the season, which, outside of 2018, has basically been Gordon’s modus operandi.

The 26-year-old is set to be a free agent this offseason, and it seems incredibly unlikely that the Chargers will bring him back unless he is willing to accept a heavy discount.

Could Los Angeles turn its attention to Bell to help remedy its broken ground game? It wouldn’t be a bad idea.

The Buccaneers were one of the teams in the running for Bell’s services last March before the Jets signed him, so it stands to reason that they would be interested in Bell again.

Of course, Tampa Bay’s biggest concern this offseason is what to do under center, but its rushing attack ranked just 24th in the NFL this season. Ronald Jones turned it on a bit late in the year, but he has been a disappointment this far.

Peyton Barber? He is what he is at this point.

A tandem of Bell and Jones would definitely be intriguing and would add even more talent to an underrated Bucs offense that already includes awesome receivers in Mike Evans and Chris Godwin.

Bringing Bell into the picture could also make the job of whomever is quarterback in 2020 quite a bit easier.

To put it plainly, the Bears’ offense stinks.

It’s not just Mitchell Trubisky, either. Yes, he may be the primary issue, but Chicago lacks elite offensive talent in general, including in the backfield, where David Montgomery and Tarik Cohen just aren’t cutting it.

Cohen is more of a flex guy, anyway, so depending heavily on him to be one of your top rushers probably isn’t the best idea, which is where Bell comes into the picture.

Bell would not only help groom Montgomery, but he would represent a consistent threat in the Bears’ running game and would keep defenses off-balance.

An offense that includes talents such as Bell, Allen Robinson and Anthony Miller suddenly wouldn’t look too bad and would, at the very least, be a pretty significant step in the right direction. 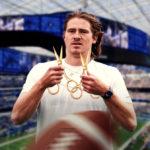 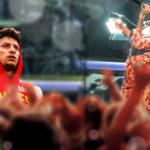 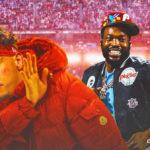 The Chiefs initially prepared to go into 2019 with Damien Williams as its clear No. 1 back. That changed in late August when Kansas City picked up LeSean McCoy.

McCoy’s addition proved to be a saving grace for the Chiefs early on, as Williams dealt with persistent injury issues and was not performing like many expected during the first half of the season.

Williams came on strong over the final few weeks, but it seems pretty clear that Kansas City cannot rely on him to be a featured running back week in and week out, and McCoy is not the same player from years ago.

As a result, the Chiefs should be in the market for some help in their backfield this offseason, and it would not be the least bit surprising to see them check in on Bell.

Remember how lethal Kareem Hunt was in Kansas City in 2017 and for part of 2018 before being released? Bell could represent that type of threat for the Chiefs.

It’s debatable as to whether or not Bell can ever recapture his former glory, as he missed a year of football in 2018 and looked like a mere shell of himself this season, but it’s also important to keep in mind that Bell was also playing in a horrendous Jets offense with a porous offensive line.

Kansas City would provide him with better opportunities and could help Bell rediscover some of his old magic.