‘I don’t have a problem with Stephen Curry’: Mike James clarifies controversial comments on Warriors star after getting roasted 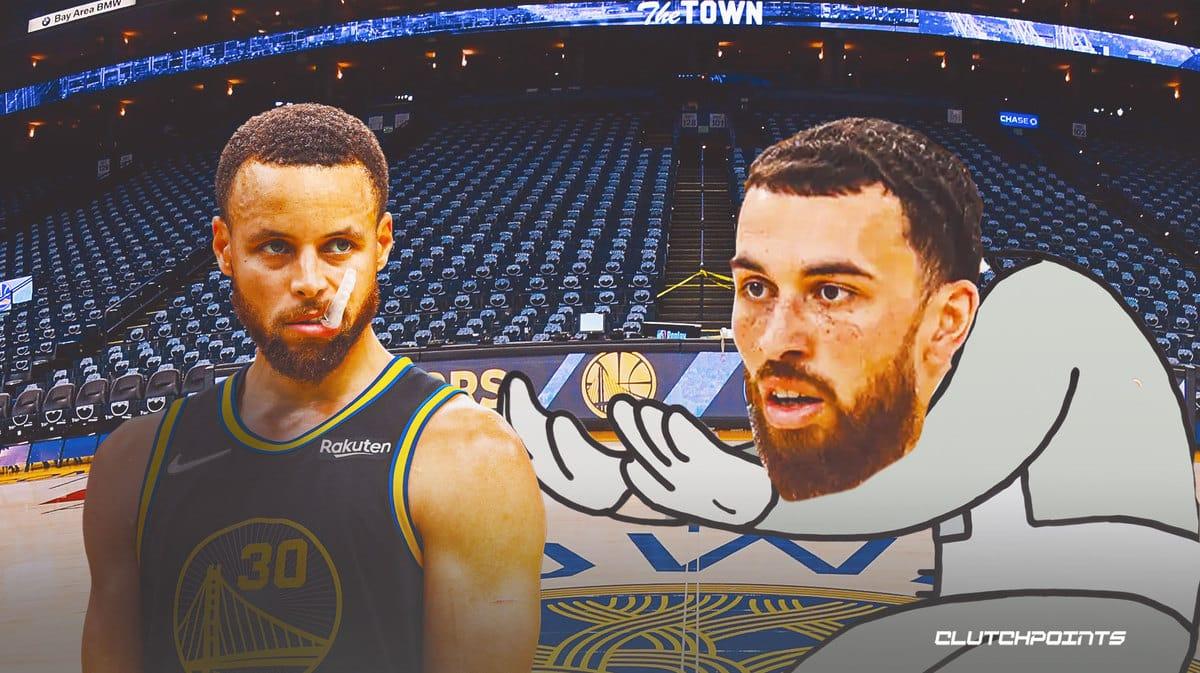 Mike James found himself in the national media all of a sudden after his comments on Stephen Curry. The former NBA guard was asked about where the Warriors star would rank in his top five NBA players. James left Curry off the list… but it’s his reason why that went incredibly viral on Twitter.

“I have to look at your game and how you do it. Steph, how he plays and gets his stuff off, he’s just kind of one-dimensional at times if that makes sense,”

Of course, that statement did not sit well with Warriors Twitter… and Steph himself. The fanbase immediately clowned him for what they deemed was an asinine take. Many fans roasted the journeyman point guard, who currently plays in a Monaco league.

A few weeks later, what does James have to say about the whole fiasco? Well, the former NBA guard walked back on his statements about Curry, and also said that the backlash was overblown. In fact, James has a lot of respect for the Warriors star. (via URBONUS)

“But I think he’s amazing. To be honest, he changed basketball. Like seven years ago, everybody started shooting threes and playing small ball. Not only because of him. Like 75% of him, and then like the other 25% the Warriors. I don’t have a problem with him.”

Mike James also went on Twitter to answer a few comments about his comments about Stephen Curry. Here, the ex-NBA point guard reiterated that his comments were taken out of context. James would also add that he has Curry tied for number five on the current NBA list and is at number 9 on his all-time list, so there’s that.

I don’t ever remember saying he’s one dimensional. I said something to the likes of “how he gets his stuff off sometimes it can be one dimensional”
That’s like me saying “when she wears her hair up sometimes she ugly” and everybody saying o he think she ugly.

1. What i said in the video and what people are mad about aren’t the same thing. But yes i still feel like he’s tied for 5 lol. 9 all time 🤷🏽‍♂️