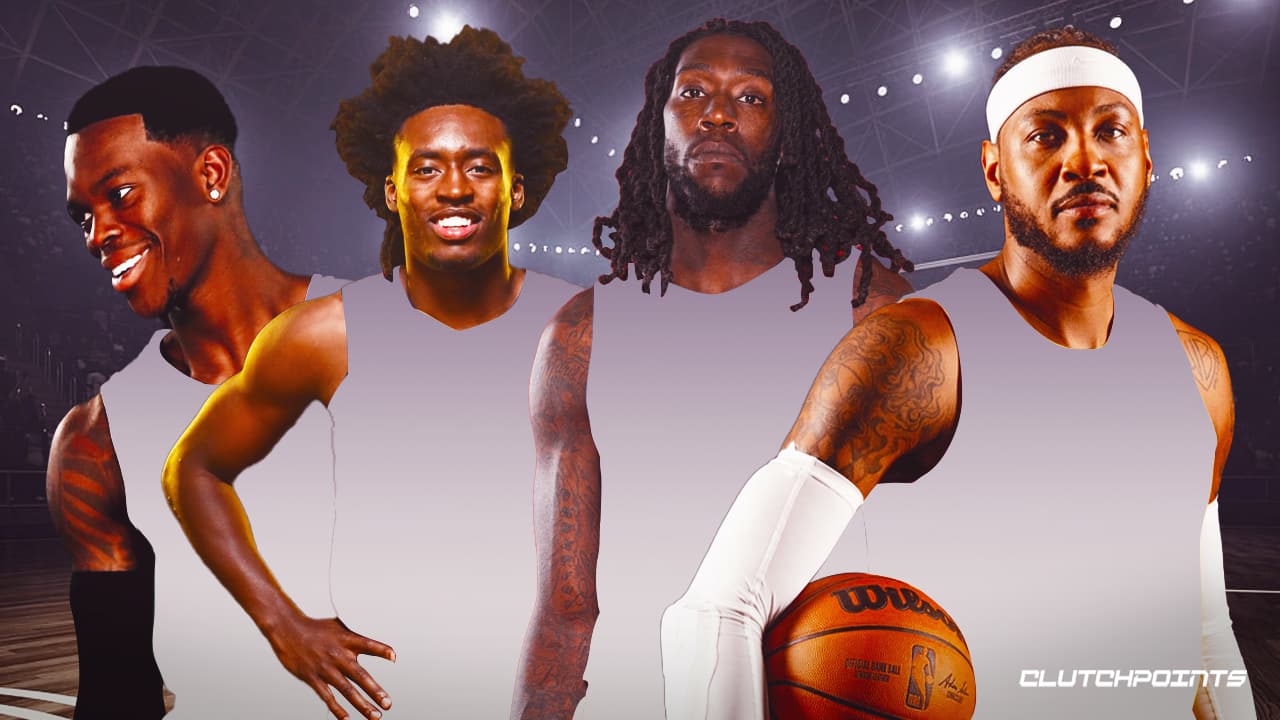 NBA Free Agency has been wild with many teams making moves to strengthen their roster ahead of the 2022-23 season.

There have been stars on the move via trades and free agency, with more potentially on the move. Brooklyn Nets star Kevin Durant requested a trade, which has led to discussions of Kyrie Irving also heading out. Talks seem to have stopped for the time being, but it could alter the league if they are traded.

There are still many solid players that could make an impact for teams.

With that said, here are the best players still on the market in 2022 NBA free agency, ranked.

Carmelo Anthony may be 38 years old, but he is still a quality player. Anthony spent last season with the Los Angeles Lakers, where he was a solid scorer off the bench. Anthony averaged 13.3 points and shot 44.1 percent from the field and 37.5 percent from behind the arc.

It has been reported that Anthony has had discussions about returning to the Lakers in NBA free agency, but no deal has been reached yet. Los Angeles has completely rebuilt their roster around LeBron and Anthony Davis, and Russell Westbrook could be on the move.

Rob Pelinka and the front office put together a young roster, but it lacks elite shooting. Bringing back one veteran in Anthony to provide shooting could be a good move for both sides. However, if it doesn’t work out in LA, Anthony could provide scoring off the bench for other teams in the league.

Dennis Schroder is an excellent two-way guard that could improve a team’s depth at guard in NBA free agency. Schroder spent time with the Boston Celtics and Houston Rockets last season, averaging 13.5 points and 4.6 assists. He shot 43.1 percent from the field and 34.4 percent from downtown. The 29-year-old recently responded to LeBron’s comment on his post about potentially running it back.

Schroder played for the Lakers in the 2020-21 season and was productive during the regular season. A reunion in LA could be possible, but other teams should express interest. Schroder’s speed makes him a solid scoring option around stars. He also plays good defense due to his energy on that need of the floor.

Schroder would be a good pickup for many teams around the league.

Montrezl Harrell won the Sixth Man of the Year award back in 2020 and has bounced around multiple teams since then. Harrell is a player that plays with intensity and effort every night on the floor. He is a good scorer and rebounder that thrives coming off the bench.

Last season with the Washington Wizards and Charlotte Hornets, he averaged 13.1 points and 6.1 rebounds. He shot an efficient 64.5 percent from the field.

His talent is not in question but has likely not been signed in NBA free agency due to facing a felony drug charge.

Collin Sexton remains a restricted free agent, as his market has not been strong. Sexton suffered a torn meniscus early last season, which is why teams are hesitant to give him a contract around $20 million per season like he is seeking.

While he will be coming off an injury, Sexton will be a quality pickup for a team if he doesn’t end back with the Cavs.

The NBA free agency pool may not be super deep, but there are role players that could make a real impact available. These four players can improve teams’ depth and help them make a run in the upcoming season.