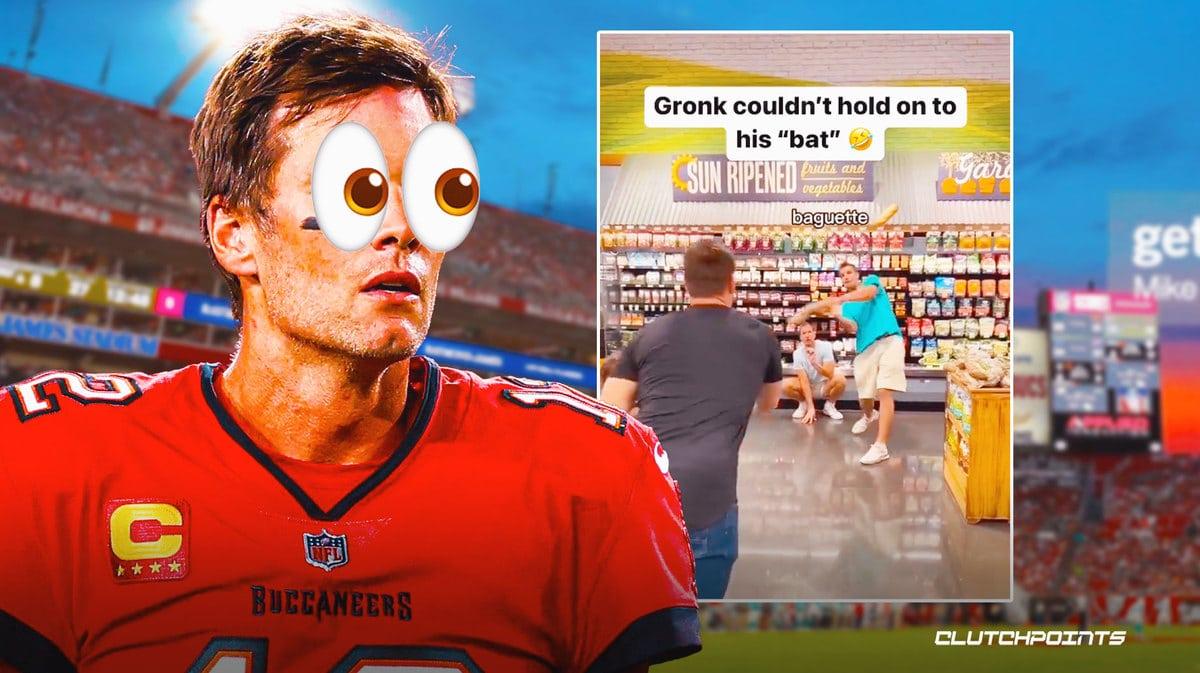 Rob Gronkowski is still having fun out there. He’s having way more fun than most people, even though he’s no longer playing competitive football. For one, he’s busy picking up a different sport that doesn’t seem to love him back. We expect Tampa Bay Buccaneers quarterback Tom Brady to shoot a message to Gronk after watching this, asking him to come back and play with the Bucs again.

Here’s Gronk playing baseball at a grocery, struggling to hold on to his bat that came flying out of his hand when he tries to swing on a pitch.

🤣 @RobGronkowski playing a casual game of baseball in the middle of Sprouts 😂 pic.twitter.com/KjwT9ol2P8

Gronkowski is now retired from playing football, announcing his retirement in June. That said, he once un-retired to play with Tom Brady and the Bucs, a decision that ended with the duo winning another Super Bowl together in 2021.

The Buccaneers could use some tight end help this season, and there’s got to be some juice left in Gronkowski. This season, Tom Brady has Cameron Brate and Cade Otton as his chief tight end targets, though, neither is close to what Gronkowski used to be in his prime and as Brady’s top tight end during their days together with the New England Patriots.

So, should Tom Brady ask Rob Gronkowski to run it back?