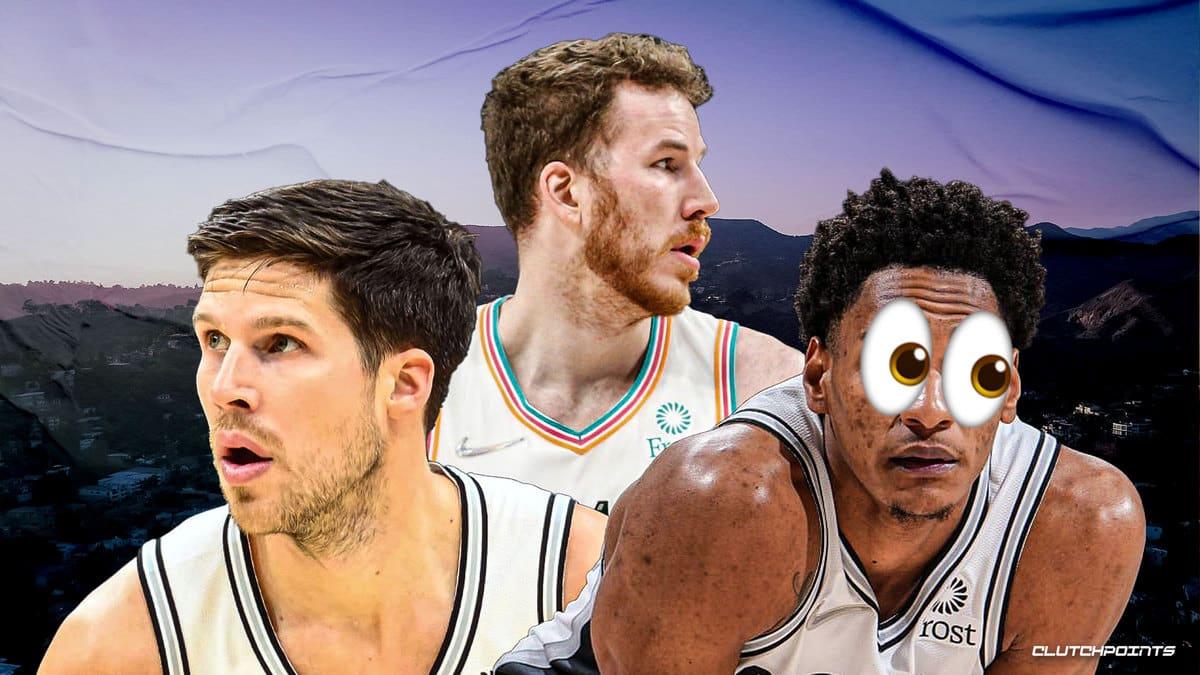 After deciding to trade Dejounte Murray to the Atlanta Hawks, the San Antonio Spurs are reportedly set to embark on a new era in franchise history.

Bleacher Report’s Eric Pincus noted that with the Spurs’ call to ship off Murray to the Hawks last week and also trade Derrick White to the Boston Celtics ahead of last season’s NBA trade deadline, there is now a belief that they are “fully committed” to a rebuilding phase.

The Spurs may not be done just yet in offloading players before the start of the new season. Pincus further added that teams “consider” Jakob Poeltl, Doug McDermott, and Josh Richardson each to be available for a trade.

Pincus also touched on the possibility of the Spurs getting themselves involved in what could end up being a multiteam deal that would revolve around the Brooklyn Nets trading Kyrie Irving to the Los Angeles Lakers.

Overall, Pincus speculated that in such a move, the Spurs would acquire Russell Westbrook and also receive “draft considerations” for taking in the guard’s $47.1 million expiring contract. They could then opt to send McDermott and Richardson to the Lakers, who would have “more interest” in acquiring the latter. McDermott is set to be owed $27.5 million for the next two seasons, while Richardson is on a $12.2 million expiring contract.

In the case that the Spurs end up parting ways with both McDermott and Richardson in such an agreement, they may then not have a shortage of suitors interested in pushing to haul in Poeltl. The sixth-year center has been linked with teams such as the Toronto Raptors, Chicago Bulls, and Charlotte Hornets this year.

In the big picture, the Spurs are set to call upon the likes of rookie Jeremy Sochan and Keldon Johnson to lead the way in the upcoming season.