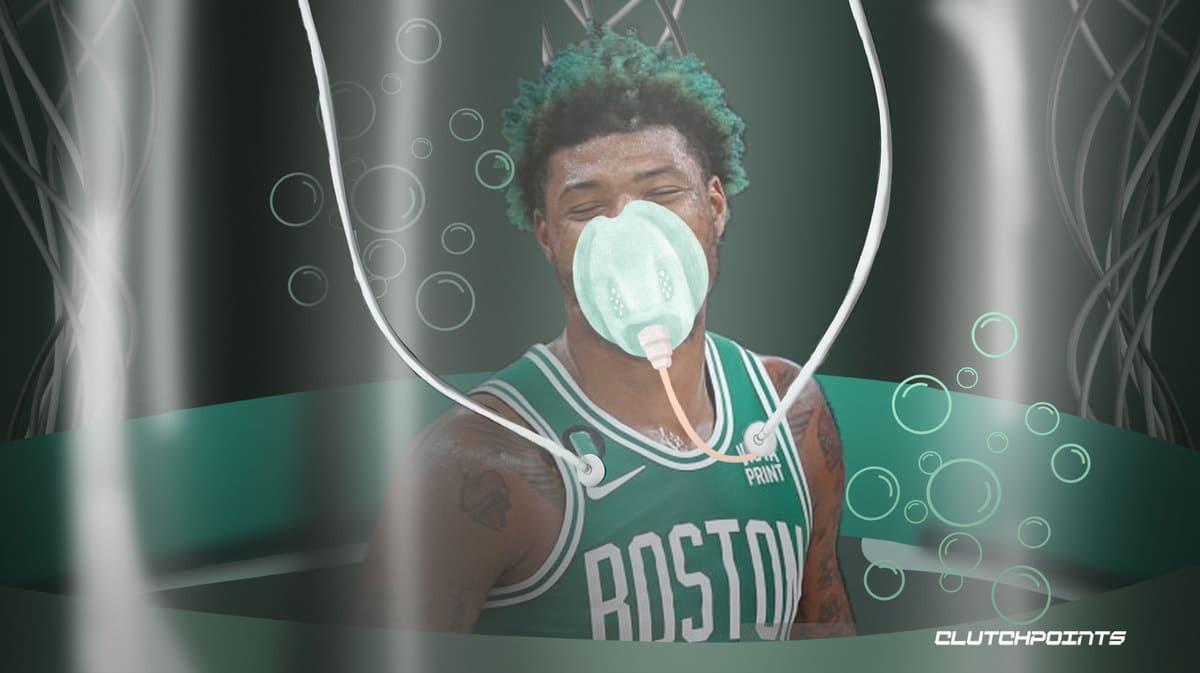 The injury bug has rarely been kind to the Boston Celtics, and it has reared its ugly head again. Before Boston’s third matchup of the season against the Chicago Bulls, point guard Marcus Smart revealed more information about his injured right ankle, via Adam Himmelsbach.

This ankle inflammation has bothered Smart for a while, as it sidelined him for some key playoff games against the Miami Heat last season. The news isn’t all bad though, as he has no structural damage to his ankle and he will still suit up versus the Bulls on Monday.

With Danilo Gallinari likely out for the year and Robert Williams III’s injury timeline in question, the Celtics have to do their best to maintain their health right now. For example, the C’s have played it safe with newly acquired guard Malcolm Brogdon, who has sat out multiple games to avoid worsening his lingering hamstring injury.

Like Brogdon, Smart has a spotty injury history, so it makes sense that Boston wants to monitor his health closely and rule him out when necessary. All of these injuries have certainly been nuisances for the Celtics, yet they haven’t slowed them down on the court. At 13-3, they hold the best record in the NBA and are on a red-hot nine-game winning streak.

The Bulls will look to end Boston’s winning ways Monday night in Chicago, as they’re one of just two teams who have been able to beat the Celtics this season. Luckily for the C’s, they’ll be at full strength for the game outside of their previously known injuries:

#NEBHInjuryReport for tomorrow vs. Chicago:

While Boston’s injury troubles are frustrating, its intention to rest its players is smart. For a team with high hopes, planning for the playoffs is not out of the question, and late-season health could be massive for the Celtics. If they can remain intact for the long haul, the C’s will only reap the benefits later in the year.