After reports emerged that Ime Udoka was facing a “significant suspension” for a transgression that centered around an illicit affair with a Boston Celtics staffer, the general belief was that team was set to slap their head coach with a season-long suspension. There has been no official announcement as of yet, but ESPN’s NBA guru Adrian Wojnarowski has already confirmed that this is indeed going to be the case.

“Perhaps within an hour or two, but certainly this evening, Boston is going to announce, I’m told, that Ime Udoka will be suspended for the entire 2022-23 season… This has been a jarring few days.”

"Perhaps within an hour or two, but certainly this evening, Boston is going to announce, I'm told, that Ime Udoka will be suspended for the entire 2022-23 season… This has been a jarring few days."

According to Woj, it was in the last few days that Celtics president Brad Stevens became aware of Udoka’s “improper relationship” with a female member of the organization. The team brass has had a lot of discussions regarding this shocking development and they have now come to the conclusion that Udoka will be suspended for the entirety of the 2022-23 season.

Woj also reports that there has been a “breakdown in trust” between the Celtics and Ime Udoka. This is despite the fact that the 45-year-old head coach led them all the way to the NBA Finals this past season. It is clear that the Celtics organization puts a higher premium on the ethics of their employees as compared to their job performance.

As Woj said, we should expect this announcement before the evening ends. 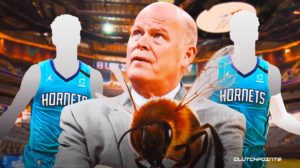