Aching to play MultiVersus already? Check out when the MultiVersus release date will be, when Open Beta starts, and dates for Early Access.

MultiVersus will be entering its Open Beta phase – effectively making the game available for all – on July 26, 2022. Some players, especially those who purchased the Founders Pack during the Beta Phase, were able to get Early Access to the game as early as July 19, 2022. MultiVersus is set to release on PC, PS4, PS5, Xbox One, and the Xbox Series X with full cross-play and cross-progression support. Early Access was made available for everyone who participated in the Closed Beta phase, as well as anyone who managed to get product keys from Twitch Drops.

MultiVersus is an upcoming two-versus-two platform brawl heavily inspired by Super Smash Bros. Just like its inspiration, MultiVersus features characters from different franchises, all under the Warner Bros. Interactive Entertainment umbrella. This means we see in the game characters like Batman and Harley Quinn dishing punches against Finn and Jake. For a full list of all playable characters in MultiVersus, along with some other characters rumored to be coming to the game, click here.

In our Impressions of MultiVersus during its Closed Beta Testing Phase, we found a highly-responsive game with sound mechanics and enjoyable fighting gameplay overall. Each character feels balanced thanks to how MultiVersus approached dashing and dodges, allowing all characters to roughly have the same chances of survival mid-air. There is also enough variation between the characters to make each one feel unique and fresh. Finally, the best part about MultiVersus is how it manages to stay coherent all throughout in spite of the clashing fighting styles and art directions of the characters, whilst still staying true to the branding of all of its fighters. 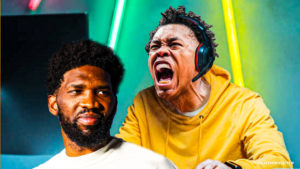