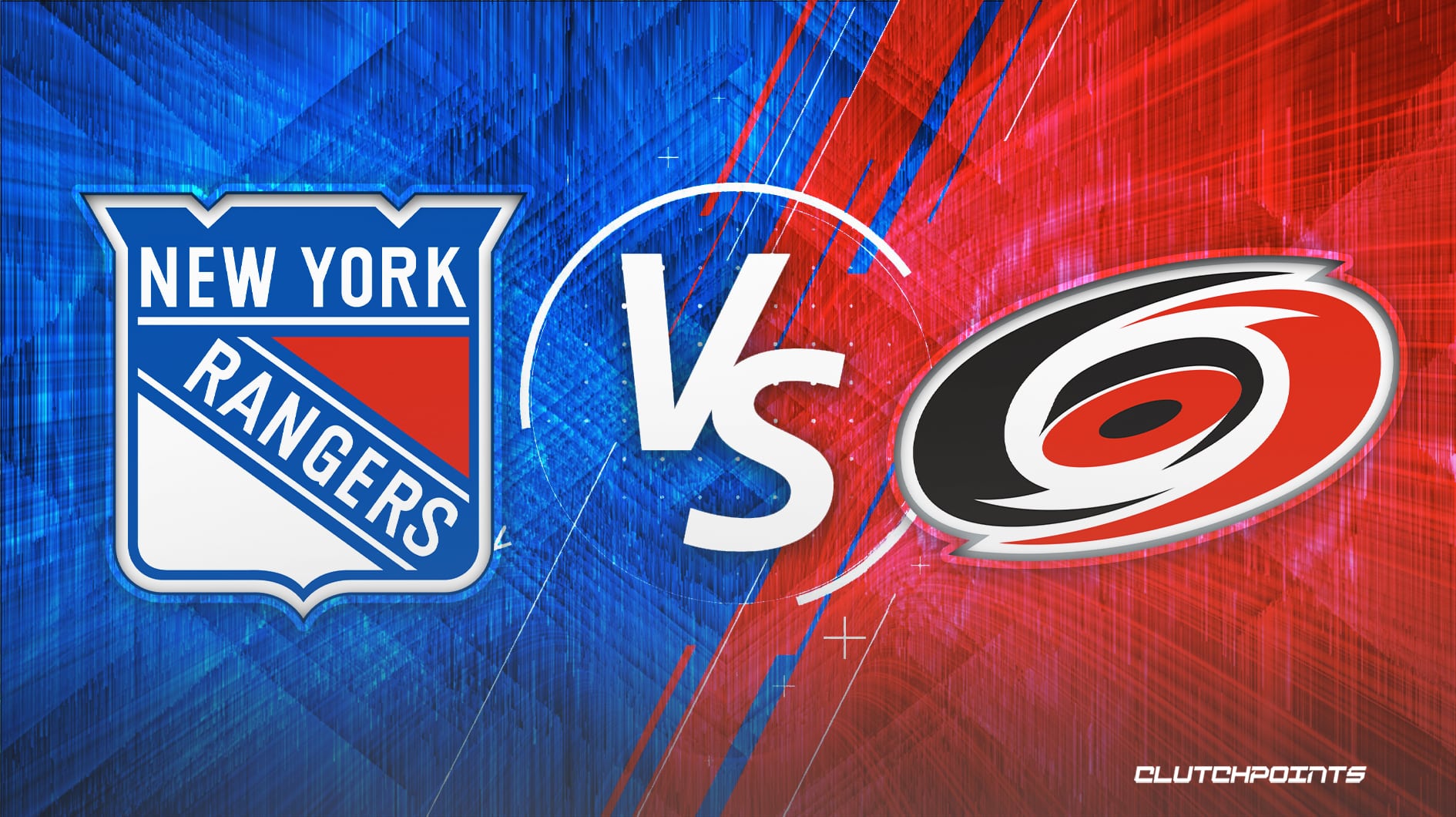 The series shifts back to Raleigh as the New York Rangers face the Carolina Hurricanes in Game 5 of the second-round series. It’s time to continue our NHL odds series with a Rangers-Hurricanes prediction and pick.

The Rangers defeated the Hurricanes 4-1 in Game 4 of the second-round series. The Rangers took a 2-0 lead and never looked back. Andrew Copp was the leader on the scoreboard with a goal and two assists. Additionally, Ryan Lindgren contributed two assists. The second line did most of the damage in this battle. Igor Shesterkin finished 30 saves on 31 shots.

Courtesy of FanDuel, here are the Rangers-Hurricanes NHL Playoffs odds:

New York is hot right now. Likewise, their play in Game 3 and Game 4 was like night and day. The Rangers averaged just .5 goals-per-game in the first two games in Raleigh. However, they averaged 3.5 goals per game in the next two games at Madison Square Garden. It helped that New York got production out of everyone throughout these two games.

Artemi Panarin and Chris Kreider did not score in Game 4. Mika Zibanejad and Frank Vatrano were the only players on the top line to contribute. Zibanejad had a goal, while Vatrano had a goal and an assist. Thus, New York still found ways to score even when Panarin and Kreider struggled.

Their defense did an amazing job of clamping down on the speedy Carolina attack. Teuvo Teravainen and Sebastian Aho were the only playmakers that did anything against the Rangers. Additionally, New York shut down the second, third, the fourth lines successfully all night. It was a testament not just to the defense but to the goalie.

Shesterkin has played well in this series, as he has stopped 117 of the 122 shots he has faced against them. It has equated to a .959 save percentage. The Vezina Trophy candidate has done everything to keep his team in the game. However, the first two games did not go well for him mainly because the Rangers struggled to score. They finally broke through in the past two games and must transfer over that ability on the road. Now, Shesterkin hopes to continue his momentum and shut down the Hurricanes to possibly steal the lead and send it back to the Garden.

The Rangers will cover the spread if they continue to get contributions from their second and third line. Also, they must win the faceoff battle, as they only won 35 percent of the draws in Game 4. The Rangers converted 1 of 4 opportunities on the powerplay and would love to get more chances on the extra-man attack. However, it is most important that the Rangers get the lead first. The team that has struck first is 3-1 in this series. For the Rangers, they must score early and often to relieve the pressure off Shesterkin.

Why The Hurricanes Could Cover The Spread

The Hurricanes are unbeaten at home. Alternatively, they have also not won on the road. It puts more pressure on them to perform in front of their fans. So far, it has not been a problem as the Hurricanes are averaging 3.7 goals-per-game at home in these playoffs. They also are allowing 1.7 goals-per-game at home. However, these numbers flip when they go on the road, which makes them even more eager to win games like this.

Aho and Teravainen are the stars, but the Hurricanes need more. They need help from second-liners like Vincent Trocheck and Andrei Svechnikov. Additionally, they need third-liners like Nino Niederreiter, Jordan Staal, and Jesper Fast to come through. Can those guys reignite their fire in front of the home fans they know? Also, where is Antti Raanta?

After playing lights-out hockey over the first two games, he stumbled during the games at the Garden. He must recover his vision and ability if the Hurricanes are to have a chance of fending off the Rangers. Raanta allowed four goals in Game 4 and three in Game 3. Therefore, he must produce better results if the Hurricanes aim to take a lead back to New York.

The Hurricanes will cover the spread if they take fewer penalties and play better defense in front of Raanta. Also, the Canes must convert on their power-play chances, as they went 0 for 2 in Game 4. They must find a way to score against Shesterkin.

It looks like a trend. The Hurricanes seem unbeatable at home. However, the Rangers played them tightly in both games. New York can win this game, but they need to score. Additionally, the line for the Rangers covering serves almost no value. It leads the way for the go-big or go-home pick. The Rangers steal Game 5 on the road, handing the Hurricanes their first home loss of the playoffs.