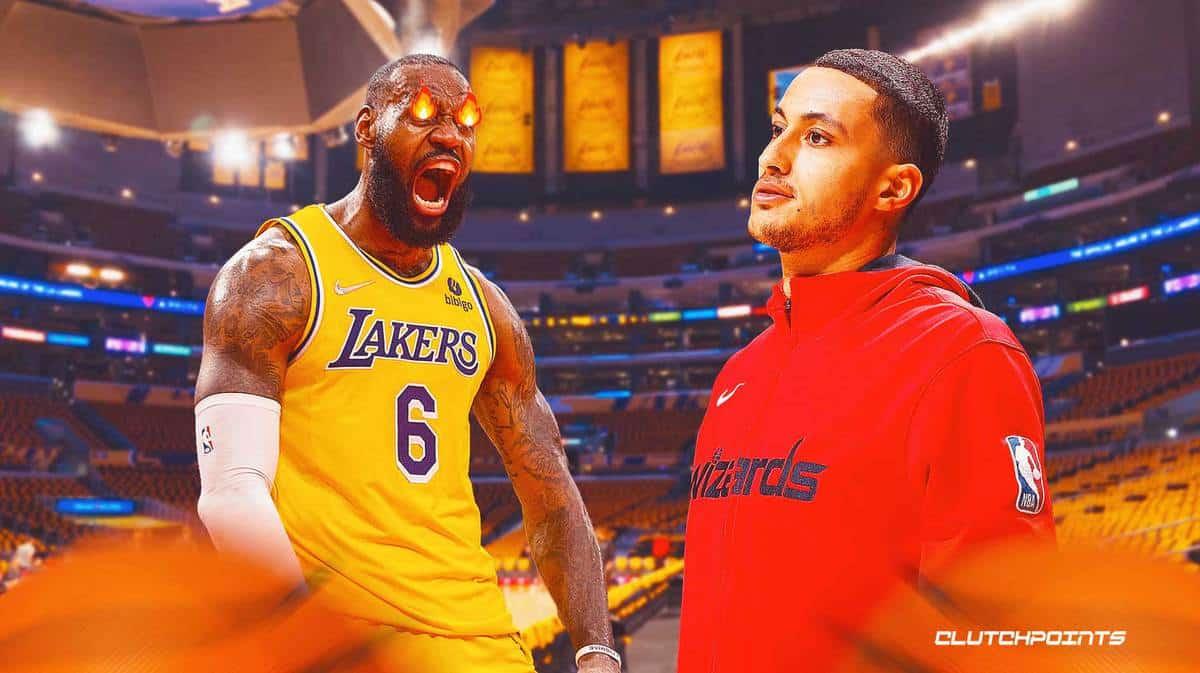 Kyle Kuzma had another eye-popping performance for the Washington Wizards on Sunday night as they hosted his former team in the Capitol One Arena. Kuzma’s 26-point effort wasn’t enough, though, as his Wizards ended up on the receiving end of a 130-119 loss at the hands of the Los Angeles Lakers.

After the game, Kuz had nothing but love for his former teammates. The Wizards star even went out of his way to send a special Instagram message to Lakers talisman LeBron James:

“All love killa,” Kuzma wrote in the caption as he shared a couple of snaps from the game with LeBron.

After spending the first four seasons of his career with the Lakers, Kuzma got shipped off to Washington before the start of the 2021-22 season. He was part of the blockbuster five-team megadeal that saw Russell Westbrook taking his talents to Hollywood.

Kuzma has been outstanding since his move to the capital and he’s been on quite a tear this season. Right now, the 27-year-old is averaging a career-high 20.6 points, 7.7 rebounds and 3.6 assists, while also connecting on 2.2 triples per game. It’s hard to argue against the notion that Kuz is playing the best basketball of his career at the moment and that he’s shined brightly since his move away from the Lakers.

As for LA, Sunday’s victory over the Wizards now sees them winning five out of their last six games. Don’t look now, but the Lakers are now making some noise out in the West again.