The Indianapolis Colts travel to Florida to take on the Jacksonville Jaguars in an AFC South showdown. It’s time to look at our NFL odds series and deliver a Colts-Jaguars prediction and pick.

The Colts are coming off a 20-20 tie to the Houston Texans on Sunday. Initially, it looked like they would lose, having trailed 20-3 entering the fourth quarter. Indianapolis ultimately rallied for 17 unanswered points in the fourth. Consequently, they could not add any more and had to settle for a tie. Matt Ryan went 32 for 50 with 352 yards, a touchdown, and an interception in his Colts’ debut. Meanwhile, Jonathan Taylor possessed the rock 31 times for 161 yards and a touchdown on a yards-per-carry rate of 5.2. Michael Pittman excelled, catching nine passes for 121 yards and a touchdown.

The Jaguars fell 28-22 to the Washington Commanders. Unfortunately, it was a game with mistakes, as the Jags committed 13 penalties. Trevor Lawrence completed 24 of 42 pass attempts for 275 yards and a touchdown. Also, James Robinson rushed 11 times for 66 yards and a touchdown. Travis Etienne made his regular-season debut with four rushes on 47 yards. Additionally, Christian Kirk dazzled by catching six passes for 117 yards.

The Colts are 4-6 over the last 10 games against the Jaguars. Moreover, they are 3-7 over 10 games at TIAA Bank Field, including a staggering seven losses in a row. The Colts are averaging 12.2 points per game over the last five games at TIAA Bank Field. Conversely, Jacksonville has averaged 25.4 points per game over the previous five home contests against Indianapolis.

Here are the Colts-Jaguars NFL odds, courtesy of FanDuel.

The Colts have to play smart and absolutely must avoid the slow start. Last year, they fell behind early in the final game with Jacksonville, and it spelled their doom.

Ryan has faced the Jaguars only four times in his career. Coincidently, he faced Jacksonville last season, giving a relatively recent assessment of his ability against them. Ryan completed 19 of 29 attempts passing for 190 yards with a touchdown and one interception. Significantly, he has a passer rating of 93.6 in his career against the Jaguars and has thrown six touchdowns and four interceptions over those four showdowns.

Taylor has done well against the Jags through four games, carrying the rock 75 times for 468 yards and three touchdowns. Likewise, he has not been the main problem in these games. Taylor rushed 21 times for 116 yards and a touchdown in the November win at home. Additionally, he rushed 15 times for 77 yards in the loss. The Colts fell behind, so they stopped running the ball in that game.

Meanwhile, Pittman could become a factor. He has 15 receptions on 173 yards and a touchdown through four games against Jacksonville. In the January loss, Pittman had six receptions on seven targets for 64 yards.

The Colts must involve Nyheim Hines. Subsequently, he was a non-factor in the one game he played against Jacksonville last year. Hines finished with two rushes for 12 yards and two receptions on 17 yards.

Some issues caused the Colts to lose. One, they turned the ball over. Indianapolis also could not get off the field to save their life. Unfortunately, they allowed Jacksonville to convert 7 of 15 third-down conversions while also allowing the Jags to nail their only fourth-down attempt. The Colts struggled to do either, going 4 for 12 on third down and 2 for 5 on fourth.

The Colts will cover the spread if they can establish the run and minimalize mistakes. Last year, they shot themselves in the foot too often in that game and could not form a rhythm. Indianapolis must control the pace.

The Jags are not a good team. However, they always step up against the Colts at home.

Lawrence had a passer rating of 84.5 with 385 yards and two touchdowns over two games. He completed 23 of 32 pass attempts for 223 yards and two touchdowns in the season finale. Now, he will push for even better performance. Robinson and Etienne can form a great one-two punch. However, both must avoid mistakes and catch endzone passes that Lawrence throws to them. The Jags must cut down on the penalties. They had more than Indianapolis last season and once more committed 13 in their season opener. Thus, the Jags must avoid bone-headed mistakes.

The Jaguars will cover the spread if they keep the running game going and Lawrence does his job. Additionally, they must avoid the penalties that plagued them in the past.

The Colts visit the Jaguars every year, and the “experts” always pick Indianapolis. Ultimately, it would be stupid to fall for that again unless the Colts can finally prove they have overcome their struggles in Jacksonville. Expect the Jags to capitalize, making it eight in a row against the Colts. The Colts are still putting things together, and that could spell disaster. 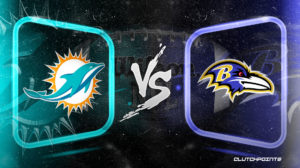