The St. Louis Cardinals were roughed up a bit by the Cincinnati Reds. And, in the process, saw one of their longtime veteran pitchers get shelled.

Right-hander Adam Wainwright gave up seven runs in 5.1 innings of work. He gave up five hits, walked three, and struck out just two batters. The Reds won the game 9-5.

Cardinals manager Oliver Marmol was ejected during the game for arguing balls and strikes. Following the game, he spoke with reporters, saying evaluating Wainwright’s start was a bit tough due to what he perceived to be bad calls.

“I think that game’s different with some of those calls made. … At some point, enough’s enough,” Marmol said.

The 36-year-old manager said that, despite the bad calls, Wainwright did struggle with his command. He specifically mentioned that the 40-year-old starter left a few sliders high in the strike zone, which undeniably didn’t help his cause.

Wainwright is not pitching his best baseball. Including Friday night’s loss, he has just one win in his last 11 starts. In the last seven games, he’s been without his usual battery mate, future Hall of Famer Yadier Molina.

The Cardinals fell to 50-45 on the season. The team is looking to get into the postseason but will need help in achieving that goal.

Starting pitching is reportedly on the wish list for St. Louis. If Wainwright’s start is any indication, it should be priority number one before the August 2nd trade deadline. 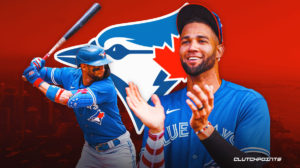