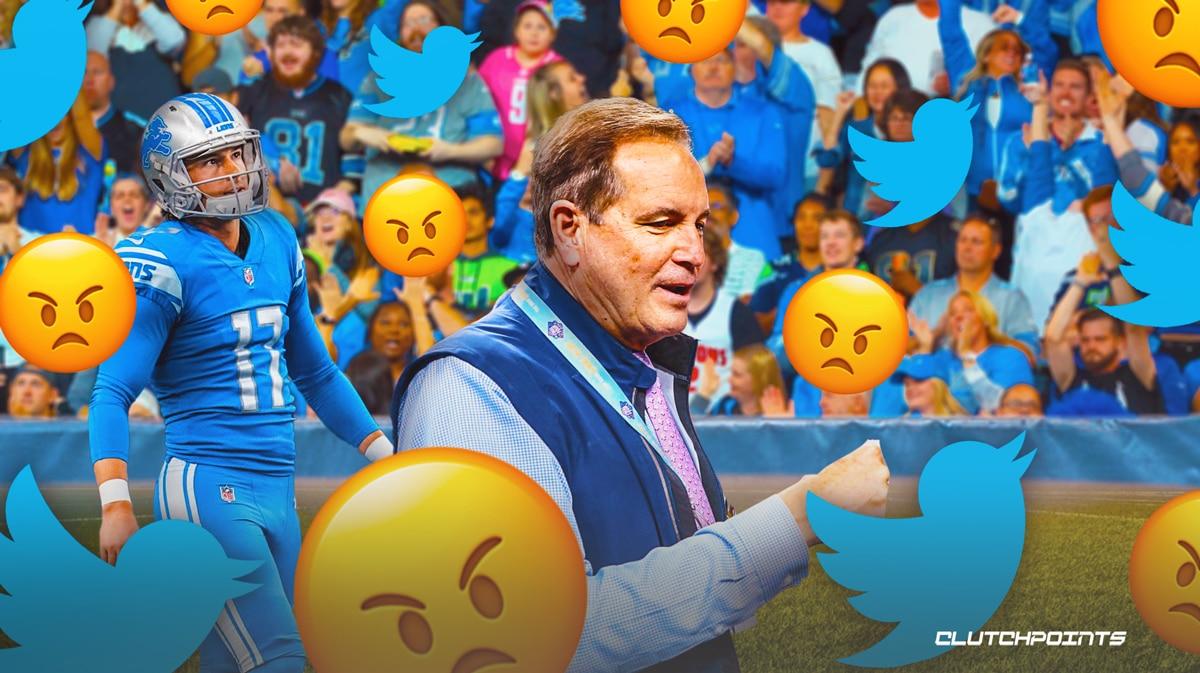 Jim Nantz did the unthinkable during the Detroit Lions vs. Buffalo Bills clash on Thanksgiving Day. Throwing caution out the window, Nantz emphatically denounced the “announcer jinx” while boldly declaring that Michael Badgley, who hadn’t missed a field goal all season, would certainly convert on a 29-yard attempt late in the third quarter. Naturally, the universe responded as Badgley shanked the chip shot, ultimately proving that not even the most experienced commentators can escape the grasp of the announcer jinx.

"Do not talk to me about an announcer's jinx." 😬

Twitter couldn’t believe its eyes after Nantz blatantly jinxed the Lions kicker, and immediately took to social media to blast the CBS announcer for causing Badgley’s streak to come to an end. Jim Nantz is absolutely NOT a popular individual in Detroit right now, it’s safe to say.

Why’d you have to say it, Jim? Directly challenging the announcer jinx is a surefire way to have it backfire right in your face, and Nantz learned that the hard way on Thursday.

HAPPY THANKSGIVING TO EVERYONE BUT JIM NANTZ

“Do not talk about an announcer’s jinx. Michael Badgley has not missed a field goal this season.”

We all knew that was coming. Thanks Jim Nantz

As soon as Nantz mentioned the jinx, it came into full effect. Anything he said after that was obsolete. Fate had already decided that Badgley was going to miss, and he did.

Jim Nantz with the @OldTakesExposed all-timer in real time.

It's over. The announcer jinx is real. pic.twitter.com/GriuojSHkY

For non-Lions fans, witnessing a live-action freezing cold take was a surprising treat amid a wild Bills-Lions showdown.

There’s no point in trying to hide it. The miss falls squarely on the shoulders of Jim Nantz, and anyone who says otherwise is lying to themselves.

While Nantz did apologize for challenging the announcer jinx, his words fell on deaf ears as Lions fans had already named him responsible for Badgley’s gaffe.