• REPORT: LeBron James, Lakers on the verge of getting huge Anthony Davis boost

The Los Angeles Lakers are an American professional basketball team that plays in the Atlantic Division of the National Basketball Association's Western Pacific Conference. Established in 1948, the franchise is based out of Los Angeles, California and they play their home games at the Staples Center.

The Lakers are currently tied with the Boston Celtics for the most titles in NBA history with 17 championships.

The Lakers are one of the most successful franchises in NBA, and sports, history. They boast 17 championships, currently tied with their rival Boston Celtics for the most titles in the history of the league.

There have been more than a few Laker greats through the years. George Mikan, Jerry West, and Wilt Chamberlain all represented the Purple & Gold at certain points of their respective careers. However, when you talk about the Top 5 greatest players in franchise history, the names Elgin Baylor, Shaquille O'Neal, Kareem-Abdul Jabbar, Kobe Bryant, and Magic Johnson have to compose the list.

The Lakers bagged their 17th title at the conclusion of the 2019-20 season, directly on the heels of a six-year playoff drought -- their longest in franchise history. The Lakers went into a full rebuild mode after the retirement of Kobe Bryant in 2016, which marked the start of the least successful era of Lakers basketball, ever.

LeBron James led the charge for the Lakers last season on his way to the fourth championship of his career. LeBron took his talents to L.A. in 2019 as a free agent.

After a forgettable debut season, James did his part in recruiting superstar big man Anthony Davis to the Lakers. L.A. gave up quite a haul to acquire the services of AD, parting ways with Brandon Ingram, Lonzo Ball, and Josh Hart, among others, as well as a slew of future draft picks. It was all worth it in the end, as the LeBron-Davis duo was able to successfully lead the Lakers to a long-awaited title (their first since 2010) in 2020. 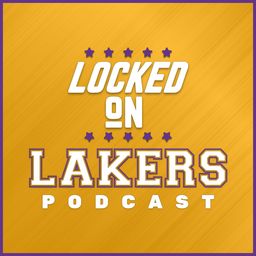 Locked On Lakers - Daily Podcast On The Los Angeles Lakers 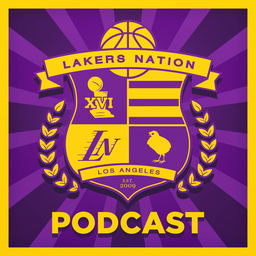 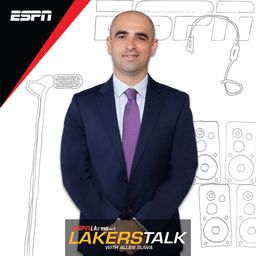 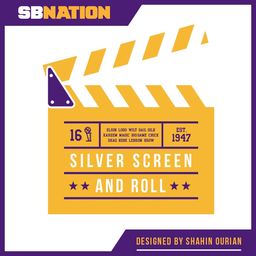 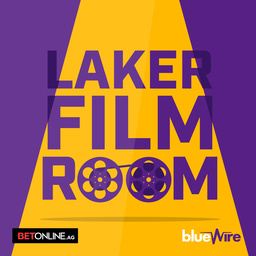 Laker Film Room - Dedicated to the Study of Lakers Basketball 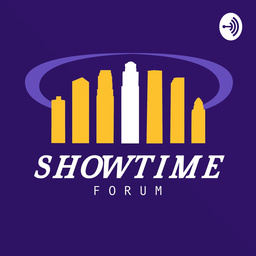 Will Anthony Davis return to the Lakers for the 2020-21 season?

Anthony Davis is returning to the Los Angeles Lakers not just for the 2020-21 season, but at least the next four years. Shortly after LeBron James signed an extension keeping him with the Purple & Gold through 2023, Davis agreed to a five-year max extension worth $190 million, with the final year including an option for the seven-time All-Star.

Will The Lakers Repeat As NBA Champions In The 2020-21 Season?

After finally putting an end to a decade-long drought without a championship, the Lakers finally managed to bring the title back home to L.A. last season. The big question now, however, is if they have what it takes to repeat.

The Lakers lost a number of key players via free agency: Rajon Rondo, Dwight Howard, Avery Bradley, and JaVale McGee, to name a few. However, they did not waste any time in reestablishing themselves as one of the formidable sides in the entire league by adding Montrezl Harrell, Dennis Schroder, Wesley Matthews, and Marc Gasol. On paper at least, this new look L.A. side seems to be even stronger than it was last season.

Adjustments will have to be made, and there is no doubt that there will be a few bumps along the way. Nonetheless, the Lakers are still led by two of the best players in the NBA today in LeBron James and Anthony Davis, and that in itself is enough to make L.A.'s chances at a repeat quite high.

So far, the Lakers have lost more than a few big names in free agency. Rajon Rondo, Dwight Howard, Avery Bradley, Dany Green, and JaVale McGee have all decided to ply their trade elsewhere next season. As such, L.A. had to make the necessary moves to ensure that they will still be able to field a side capable of defending the title next season.

The Lakers lost some key cogs from their 2019-20 championship-winning squad, but on paper, the additions they have brought in thus far appear to have made them an even stronger squad. With LeBron James and Anthony Davis still at the helm, L.A. should still be a heavy favorite to repeat this coming season.

How Big Of Impact Will Montrezl Harrell Make In His First Season With The Lakers In 2020-21?

The Lakers made a splash early in free agency by bringing in reigning Sixth Man of the Year Montrezl Harrell -- from the cross-town rival L.A. Clippers no less. Based on what we've seen from the 26-year-old last season, he should be able to bring a lot to the table for the defending champs.

Harrell had his best season as a pro last year, averaging 18.6 points (on 58.0 percent shooting), 7.1 rebounds, 1.7 assists, and 1.1 blocks in 27.8 minutes off the Clippers bench. While his counting stats are nice, Harrell's best asset is perhaps the energy that he brings to the floor. Should he reprise a similar Sixth Man role for the Lakers next season, the former second-round pick will be a key player on the team's second unit.

At just 6-foot-7, Harrell is an undersized big. The Lakers can actually use this to their advantage, with their new recruit providing them with another viable option for small-ball lineups.

Will the Lakers trade Kyle Kuzma?

On paper, it would make a lot of sense. Two parts holding back a Kuzma trade is the fact that he has embraced his role this season and the inexpensiveness of his rookie deal (under contract through 2020-21 for $3.5 million). Given the influence of James over the years on his teams' rosters, it's really not out of the question, especially with Kuzma entering the last year of his deal and no extension signed (along with many rumors about Kuzma last summer).

Who is the Lakers' 3rd best player behind LeBron James and Anthony Davis?

Kyle Kuzma is likely the third-best player on the team after James and Davis. He doesn't start (after a rookie season where he co-led the team in scoring and last year was only behind James in scoring), but he's third on the team in scoring, fifth in rebounding (behind two centers, Davis, and James), and plays the fourth-most minutes.

Who Are The Lakers Targeting In Free Agency?

The Lakers acted quickly as soon as the 2020 free agency window opened, bringing in a number of new players into the fold. Their biggest acquisition came in the form of reigning Sixth Man of the Year winner Montrezl Harrel, who put pen to paper on a two-year, $19 million deal.

Former Milwaukee Bucks swingman Wesley Matthews was also brought on as a like-for-like replacement for Danny Green, who went to the Oklahoma City Thunder as part of the Dennis Schroder deal.

A few other names that were linked to the Purple & Gold in free agency rumors included Carmelo Anthony, Tristan Thompson, Serge Ibaka, and Danilo Gallinari.

How Much Are The Lakers Worth?

Forbes releases its valuation of top sports franchises every year, with the Lakers landing as the third-most valuable NBA franchise, just behind the New York Knicks and Golden State Warriors. Their estimated value is $4.6 billion as of February 2021. That comes in as 67 times more valuable than the price for which they were bought by Dr. Jerry Buss in 1979.

Who Owns The Lakers?

The Lakers were first owned by Ben Berger and Morris Chalfen during the franchise's Minneapolis days. It was later purchased by Bob Short, who eventually relocated the Lakers to Los Angeles, later selling to Jack Kent Cooke, who sold the team to Jerry Buss in 1979. The Buss family now owns the Lakers after Jerry's passing in 2013, with daughter Jeanie controlling the president title among the siblings.

Who is The Lakers Head Coach?

Frank Vogel was hired by the Lakers back in May 2019, his third pit stop after spending two seasons with the Orlando Magic and previously helming an Indiana Pacers team that reached back-to-back Eastern Conference Finals (losing to James' Miami Heat).

Who Are The Lakers' Assistant Coaches?

Who Are The Best Lakers Coaches Of All Time?

Phil Jackson is widely considered as one of, if not the, greatest coaches in NBA history. He won a record 11 championships as a coach, five of them coming during his time with the Lakers. Having spent 11 years at the helm in Los Angeles, Jackson amassed 610 wins against 292 losses (.676 winning percentage), making him the record holder for most wins in Lakers franchise history.

The Showtime Lakers of the '80s arguably put together the most successful era in Lakers history. The man at the helm at that time was Pat Riley, who coached a Magic Johnson and Kareem Abdul-Jabbar-led side to four titles.

Last but not least, we have John Kundla. He served as the Lakers (then the Minneapolis Lakers) head coach in the 1950'. With George Mikan as his superstar, Kundla led the Lakers to five titles in the first six years of the franchise.

Who Are The Top 5 Lakers Players Of All Time?

Having won five championships in his storied 20-year career with the Lakers, many consider the late, great Kobe Bryant to be the greatest Laker of all time. An 18-time All-Star, 15-time All-NBA team member, 12-time All-Defensive team member, two-time scoring champ, two-time Finals MVP, four-time All-Star MVP, and one-time season MVP, nobody embodies the Laker spirit quite like the Black Mamba.

Magic Johnson, who also served as a team executive for a couple of years, is another all-time Laker great. Like Kobe, Magic won five championships with the Purple & Gold, leading the way for one of, if not the, greatest era in franchise history in the '80s as the Showtime Lakers.

Along with Johnson, Kareem Abdul-Jabbar is another L.A. legend that dominated the league during the 1980s. In 14 seasons with the Lakers, the six-time MVP averaged 22.1 points, 9.4 rebounds, 3.3 assists, and 2.5 blocks.

We round out our Top 5 with two more big men that are easily a couple of the greatest centers this league has ever seen. Wilt Chamberlain terrorized the league with the Lakers during the early '70s, while Shaquille O'Neal played alongside Kobe in their historic three-peat from 2000 and 2002.

Who Are Lakers Legends?

Being one of the most successful franchises in the entire league, the Lakers have no shortage of all-time greats.

In the upper echelon are the likes of Kobe Bryant, Magic Johnson, Kareem Abdul-Jabbar, Wilt Chamberlain, and Shaquille O'Neal.

Other names that have gained legendary status with the Purple & Gold include Elgin Baylor, Gail Goodrich, James Worthy, Jerry West, and Jamaal Wilkes.