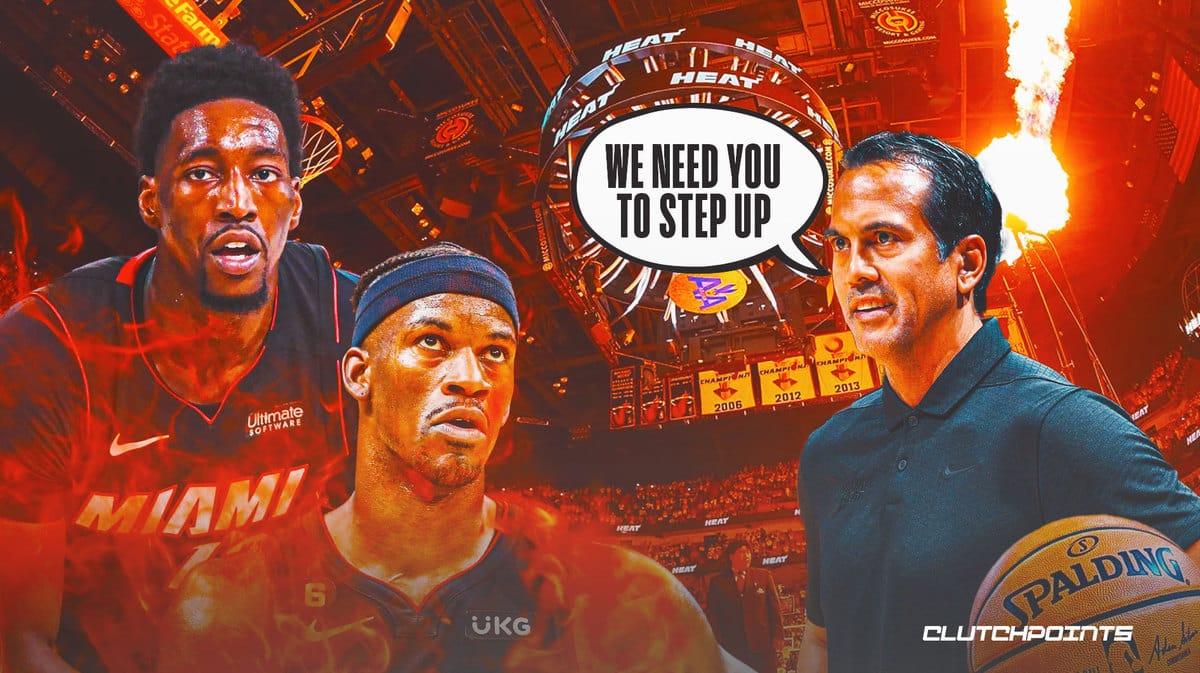 The Miami Heat have championship expectations for the 2022-23 season after very nearly making it back to the NBA Finals last season. Yet through three games, the Heat haven’t looked like the same gritty team that always finds a way to exceed expectations that they have been over the past few seasons.

Through three games, the Heat have only managed pick up one win, picking up losses to the Chicago Bulls and Boston Celtics before beating the Toronto Raptors for their first victory of the season. It’s only three games, but it looks like there are some notable holes on this team that may end up hurting them as the season progresses.

3. The Heat need to stop running the offense through Tyler Herro

Tyler Herro has earned himself a spot in the Heat’s starting lineup after signing a nice extension this season. Through three games, he’s had an exceptional start to the season. We all know that Herro is an extremely skilled offensive player who can get the Heat out of binds with his shot creation skills, but he has also taken some steps forward as a defender as well.

The problem is that the Heat are beginning to run their offense through Herro too much, and it’s hurting them in a big way. Herro looks for his own shot first before his teammates, and while he is more than capable of hitting his own looks, it bogs things down. The Heat thrive on grinding out good looks through moving the ball, only turning to isolation sets for guys like Herro or Jimmy Butler if that fails.

Herro took a combined 36 shots in the Heat’s two losses, while only dishing out four assists in that same stretch of action. Herro was better against the Raptors, taking eight shots and handing out six assists, but it’s becoming clear the offense would be better run through Butler or Kyle Lowry since they are stronger playmakers than Herro. Herro will need to work on improving his passing if he wants to have true control over Miami’s offense.

2. Bam Adebayo and Jimmy Butler need to assert themselves more for the Heat on offense

Piggybacking off that a bit, it’s been notable that both Jimmy Butler and Bam Adebayo have been a bit quiet to start the season. Butler has led the Heat in scoring in two of their three games, but one of those games required him to get to the free throw line 16 times in order to accomplish that feat. Adebayo, meanwhile, continues to look deadly when he gets the ball, but goes through lulls where he’s invisible as well.

It’s clear that Butler and Adebayo are Miami’s two best players, so it’s been a bit strange to see them fail to assert themselves on offense consistently to start the season. Butler didn’t make too much an impact against the Celtics, while Adebayo struggled against the Bulls and didn’t do much against the Raptors.

Butler has relied heavily on getting to the free throw line early this season, and Adebayo was phenomenal against the Celtics, as he was the focal point of their offensive gameplan. It feels like head coach Erik Spoelstra is trying to get too cute with his offense in the early going, and it would be nice to see Butler and Adebayo step up and take more control of Miami’s offense moving forward.

1. The Heat don’t have enough depth to be a true Finals contender this season

The Heat have relied on deep rotations to lead them on deep playoff runs over the past few seasons. It’s clear they want to do the same thing this season, but it doesn’t look like they are deep enough to do anything like that this season. The Heat’s rotation has some pretty notable holes that are being exposed early and often this season.

For starters, Dwayne Dedmon remains a poor backup option for Adebayo off the bench. He has some good traits, but he’s a complete liability defensively, and it wasn’t surprising to see the Celtics continually torch him when he was on the floor in place of Adebayo. The loss of P.J. Tucker in free agency has also been massive, as Miami didn’t bring in a replacement, which is key because they didn’t have a true replacement for him on their roster to begin with.

Miami has been stretched thin early on, and while their backcourt depth, led by Gabe Vincent and Max Strus, is solid, their frontcourt is in shambles, and Spoelstra has been searching for answers early on. The Heat always seem to be able to find diamonds in the rough when it comes to their bench, but early on, it looks like they simply may not have enough depth to be able to make another deep playoff run this season.