Australia vs Pakistan 1st Test: This Is Why PAK will beat AUS Australia vs Pakistan, 1st Test, Rawalpindi. This is the first Australia 3-Test series in Pakistan since 1998. The last 5 bilateral Test series between Australia and Pakistan resulted in favor of the hosts. When Pakistan toured Australia, suffered 2 whitewashed series and a drawn series. When Australia toured Pakistan, played in UAE, Australia suffered 2 whitewashed series. This shows how tough the competition between the two is. Will David Warner continue to score against Pakistan? Will Babar Azam score a hundred after the wait of 2 years?

Haris Rauf, Faheem Ashraf, and Hasan Ali are not available for selection due to COVID and injuries. Naseem Shah replaced Rauf. The opening pair is in a triangular dilemma between Masood-Imam-Shafique. Mohammad Waseem Jr. is likely to make his Test debut in the absence of Faheem.

Australian camp has their best 11 as no injuries are reported yet. Green will be playing his first overseas Test. Harris or Khwaja will be pairing with Warner as an opening batsman. It will be interesting to see if Australia includes spinners other than Lyon. Spinners in the squad are Swepson and Agar. Other than Lyon, Smith and Marnus can bowl leg-spin when needed. Head also has bowling capabilities.

Here is the possible playing 11 for the first Test:

Rawalpindi Cricket Stadium will be hosting the first Test of Australia vs Pakistan. The pitch prepared for the game looks like a flat surface with no grass and moisture. Certainly a batting pitch. Some help for spinners on later days of the game. 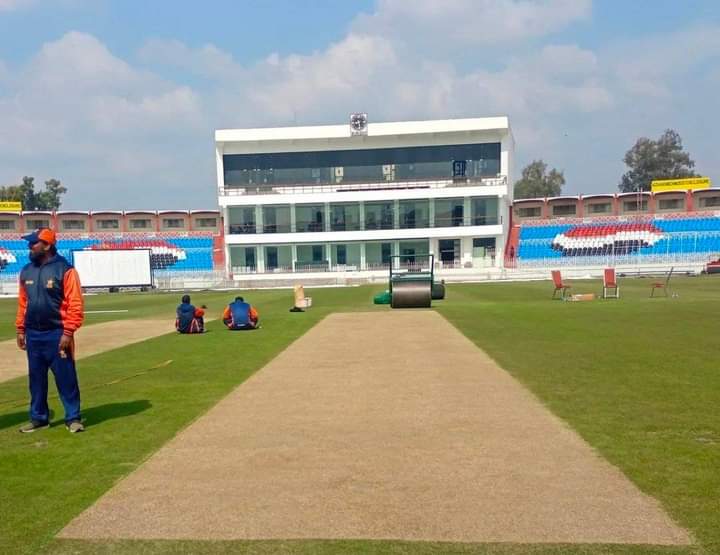 David Warner:
Warner just loves batting against Pakistan. His batting average proves this statement. His last 4 Test matches vs Pakistan include 4 centuries including one triple-hundred and one half-century.

Shaheen Afridi:
In the absence of Hasan Ali and Haris Rauf, Shaheen will lead the pace attack. This 21-year speedster averages 18.34 against the left-hander. His dual will be against mighty David Warner who has an average of 108.40 against Pakistan. Also, Khwaja and Harris, whoever opens with Warner.

Steve Smith:
Ever since his spectacular performance in The Ashes 2019, Smith has scored only 1 century with an average of  36.86. One possible reason behind this may be Marnus’s incredible form in Test cricket. After the blow to his head by Archer, Smith has struggled with short balls. According to ESPNcricinfo’s data, Smith got out 10 times on short deliveries.

Marnus Labuschagne:
In his brief career vs Pakistan, he managed to score 2 big hundreds in 6 innings. It is worth noting that both the hundred came in Australia. His ability to play spin and leave the balls outside off makes him a crucial batsman for Australia.

Josh Hazlewood:
He has the lowest bowling average vs Pakistan among players in the squad. He becomes a crucial factor for Australia because he dismissed Babr Azam 6 times. It will be an incredible contest between Babar and Josh in this series.

Nathan Lyon is the only specialist spinner in the Aussie squad. The pitch at Rawalpindi looks dry. Day 3 to 5 are likely to give some help to spinners as the pitch gets older. In such conditions, Australia can’t rely on Green’s medium pace or part-time spin bowling of Smith or Labuschagne.

On the other hand, Pakistan has plenty of spin options. Sajid Khan, Nauman Ali, Zaid Mahmood, and Saud Shakeel. Pakistan has a balanced squad in terms of spin + pace combination. This gives an edge to the hosts over visitors.

The team winning the toss should opt to bat first on this shiny-looking pitch. That is the winning formula as of now. The high bowling averages of Aussie bowlers further confirm Pakistan’s ability to bat and score big. As per stats, the hosts win the series. So, the trend is in favor of Pakistan.