On the other hand, Stuart Broad scripted an unwanted world record as he delivered the most expensive over in Test history on Day 2 of the fifth Test match between India and England at Edgbaston in Birmingham on Saturday. Besides Jasprit Bumrah’s 29 runs, Stuart Broad’s over also included five-wides and a no-ball. Overall, Stuart Broad conceded 35 runs in the over.

BOOM BOOM BUMRAH IS ON FIRE WITH THE BAT 🔥🔥

Stuart Broad is widely regarded as one of the greatest pacers in cricket history and has 550 wickets to his name in the longest format of the game.

However, he now has the dubious distinction of bowling the most expensive over in both Tests and T20Is. In 2007, India’s Yuvraj Singh smashed him for six consecutive sixes as he gave away a total of 36 runs in a T20I over.

Coming back to Jasprit Bumrah’s heroics, the India captain started with a four as the ball crossed the fine leg boundary. The English speedster then came up with a wide and high bouncer which wicketkeeper Sam Billings failed to collect, costing Stuart Broad four extra runs.

Stuart Broad conceded a maximum of the following delivery which turned out to be no-ball.

On the next three balls, Jasprit Bumrah smashed Stuart Broad for back-to-back boundaries before clobbering the fifth ball for another six. He finished the over with a risky single on the final ball.

Before Jasprit Bumrah’s heroics with the bat, Ravindra Jadeja completed his third Test hundred and his first on English soil. In the end, the Indians were bowled out for 416 with Rishabh Pant‘s 146 off 111 balls on Day 1 being the highlight of the Indian innings.

Meanwhile, Jasprit Bumrah wasn’t done for the day as after his world record-breaking performance with the bat, he led from the front with the ball too.

Jasprit Bumrah sent both England openers Alex Lees, Zak Crawley, and No.3 Ollie Pope back to the pavilion early, putting the home team on the backfoot with their score reading 44/3.

On the eve of the match, Jasprit Bumrah had promised to lead his team from the front and that’s what he seems to be doing at the moment.

“The taste of success feels good when there is pressure. I am always up for responsibilities and I love to be in tough challenges. As a cricketer, you always want to test yourself in deep waters. I have spoken to many cricketers. Everybody improves and keeps getting better,” Jasprit Bumrah said hours before the game.

“Representing India in Tests was always a dream for me and this opportunity to lead the side is the biggest achievement of my career. I’m very happy that I’ve been given this opportunity. I have had immense faith in myself,” Jasprit Bumrah added.

“In every scenario, I have trusted my instincts that have taken me to this level in cricket and I will keep doing that, going forward. Nothing changes for me, especially my role. That’s what I am going to do as the captain of the side,” Bumrah concluded.

Head coach Rahul Dravid termed him as an intelligent cricketer who relishes the opportunity of leading Team India in a decisive Test match.

“He is a thoughtful individual; he thinks about the game. He understands the game quite well, he understands his bowling exceptionally well. He is keen and he is always having conversations about the game. Also, I think he commands the respect of the team and I think it is an important thing as the leader. He ticks that box as well. the tactical side of things, the captaincy side of things, the bowling changes,” Rahul Dravid said in a chat with Sanjana Ganesan on the Sony Sports Network.

“He is only going to get better. He has not captained a lot so it is going to be challenge but we will support him through that. It is not easy for a fast bowler to captain as well considering the fact that he has to look after his own bowling, he has got to set fields while he is bowling. I have had a couple of conversations in the last couple of days, we probably need him more as a bowler rather than a captain. Captaincy is something, the more you do, the better you get,” the retired India captain pointed out. 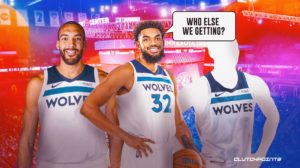