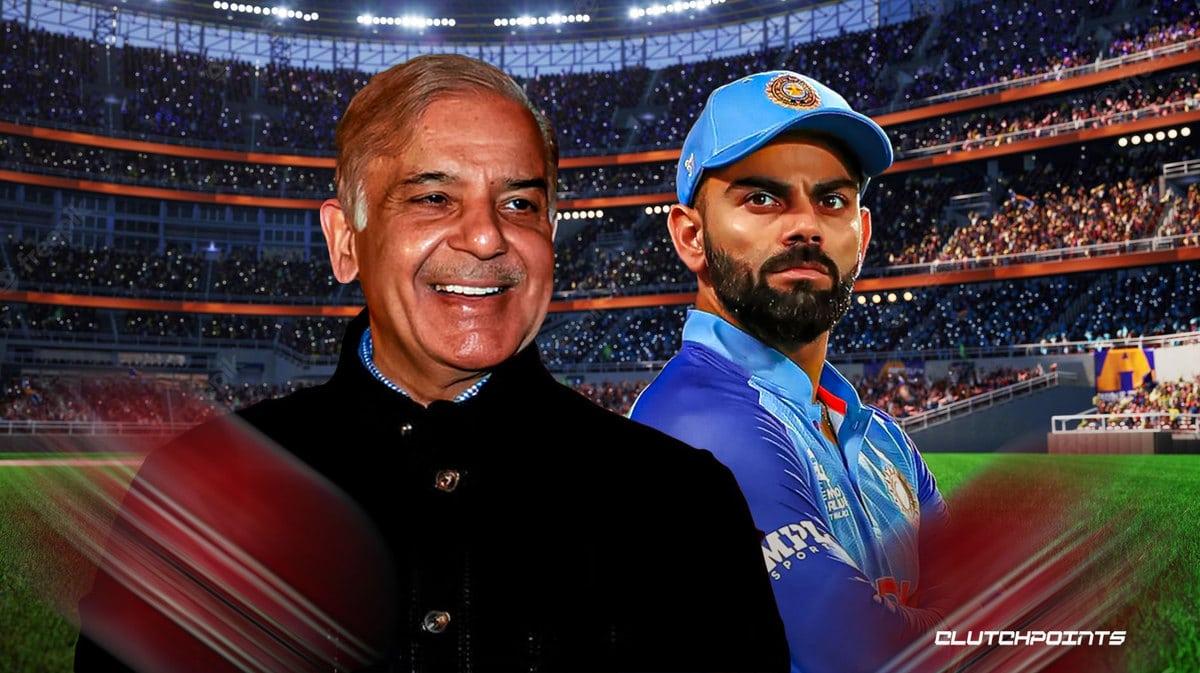 Team India supporters were not impressed with Pakistan Prime Minister Shehbaz Sharif’s distasteful tweet about the Men in Blue following their shocking 10-wicket defeat to England in the T20 World Cup semifinal on Thursday. Shehbaz Sharif’s words were termed as “insulting” towards the Indian cricket team and he was severely criticized for his post immediately after his message went viral on the microblogging platform. On Saturday, former India speedster Irfan Pathan gave a befitting reply to Shehbaz Sharif in his own style.

The first score highlights the Pakistan cricket team’s total against India in their first-ever World Cup triumph over them in last year’s tournament in the UAE. The second figure signifies England’s score against India in the 2022 edition in Australia. These are the only two occasions when the Men in Blue have lost a match by 10 wickets in the prestigious T20I competition.

On Saturday, Irfan Pathan replied to Pakistan PM’s tweet by writing, “Aap mein or hum mein fark yehi hai. Hum apni khushi se khush or aap dusre ke taklif se. Is liye khud ke mulk ko behtar karne pe dhyan nahi hai (This is the difference between you and us. We are happy with ourselves, you look for happiness when others are in trouble. That is why you are not concentrating on your country’s well-being).

Besides Shehbaz Sharif, many former Pakistan cricketers have taken swipes at Team India, declaring that the players were more concerned about their performance in the Indian Premier League (IPL) than the national side. Among the prominent names who have ripped into Rohit Sharma and company are Pakistan legends Wasim Akram and Waqar Younis.

“Something I noted about Indian bowlers during Asia Cup. They drop pace post IPL. For instance, Avesh Khan was bowling consistently at 145kmph but after one season of IPL they play the pace drops to 130-135 kmph. So BCCI need to check the reason behind that because he got paid some 12-13 crore Indian money,” Wasim Akram said on A Sports.

“I think IPL need to have a pay cap for young players so that they understand bhook hoti kya hai, what it feels to be hungry. If I was earning Rs 24 crore a month in Pakistan, then I don’t think I will work that hard once my job is done. The culture we come from, hum khud ko dheela chhod dete hain,” he added.

“Back when I was young and was playing a drawn Test match, the general idea was to rest your frontline bowlers but Imran Khan bowled a four-over spell with all his mights and asked me to do the same from the other end. That’s because when you are tired you use all your energy to bowl fast, you increase your speed as it strengthens your muscle. The more you bowl, the faster you get. But nowadays the general idea among bowlers is that I have to bowl 18 deliveries and leave but that’s not how it works,” he further said.

Another Pakistan great Waqar Younis had the same views about India’s bowlers before adding that if he was the bowling coach of the Men in Blue, he would have pushed them to maintain their speeds.

“I don’t know exactly why they are dropping pace but when I used to play and then worked as a coach,” Waqar Younis said. “I always emphasised on bowling quickly. If you are quick then bowl quick, that’s what Wasim and I did throughout our careers. If you have pace, you learn the other bits. But if you slow it down and swing the ball, then somewhere T20 cricket and modern-day coaching is at fault for that. I don’t know what’s being taught in the Indian camp but pace matters.”

Shahid Afridi even went on to say that India needed a captain like Sourav Ganguly or MS Dhoni, both of whom had extremely successful stints as skippers.

“These things will now be noticed, when you win these things are brushed under the carpet. Today India lost and everyone’s reflecting on the loss. But if we look closely, the Indian team need a leader after Ganguly and Dhoni. Someone, who leads the team from the front. After Dhoni, they tried Virat but they didn’t achieve outstanding results. Right now Rohit is the captain and we still don’t see any commendable performances,” Shahid Afridi said on Samaa TV.