Former Pakistan captains Rashid Latif, and Moin Khan and legendary speedster Shoaib Akhtar have all slammed current skipper Babar Azam, saying that it was the star player’s failures with the bat and his dubious decisions as a leader which let the Men in Green down in the Asia Cup final against Sri Lanka on Sunday.

Babar Azam had a terrible time with the bat in the Asia Cup as he managed to score only 68 runs in the whole competition and never appeared to have found his rhythm. His continuous struggles with the bat were one of the main reasons behind Pakistan’s inability to post healthy totals in the tournament.

In the final, Sri Lanka set a target of 171 for Pakistan to claim the continental trophy and all eyes were on Babar Azam to deliver the goods for his side.

However, he failed miserably as he was dismissed for 5 after being caught in the deep of a ball that he could have comfortably hit out of the park.

“When they were 58 for 5, it seemed the target would be 120-130. But Wanindu Hazaranga received pressure of Bhanuka Rajapaksa. Runs kept coming from 11th over on to the 15th. He took the game in his hands and Rajapaksa too started,” Rashid Latif told PTV.

“The biggest mistake was in bowling. If I were the captain, I would have bowled out Haris Rauf after five wickets fell and gone for wickets. Instead, Babar bowled part-time spinner. That surprised me. The main spinner was Mohammad Nawaz and you gave him just one over then. I wouldn’t even have bought him but attacked with fast bowlers. No wickets fell from the 8th to 15 and run-rate also kept climbing. And in our chase too, we batted slowly. Chase aisey nahi hote (This is not how you chase)” Rashid Latif added.

“Don’t know why he was trying to stretch the match. He (Babar) must have started thinking about the death overs. When you start getting negative, you can’t plan. You play attacking cricket when you are positive. So I think we played into Sri Lanka’s hands by not setting (an) attacking field and bowling our strike bowlers when we had the upper hand,” Moin Khan told Boss News on Tuesday.

“The way Sri Lanka came back after losing five wickets and how Rajapaksa played like a senior pro, I think it was a commendable performance and I want to congratulate them. Pakistan bowled badly and the bowling changes were equally bad,” Moin Khan explained.

“I think when they (Pakistan) got a wicket through a part-time bowler then they should have backed him and also kept a slip. As Rashid (Latif) said, Babar should have bowled with his strike bowler. This is common sense when you are captaining a side,” Moin Khan argued.

Meanwhile, former Pakistan pacer Shoaib Akhtar was much more scathing in his remarks against Babar Azam the batter, and called the tournament a “nightmare” for the 27-year-old cricketer. The Rawalpindi Express even questioned his decisions as captain and asked whether Pakistan was playing the right team in T20Is.

“That ends a nightmare tournament for Babar as a batter. Same disaster for Fakhar,” Shoaib Akhtar wrote on Twitter.

“This combination is not working. Pakistan has to look into a lot of things. Fakhar, Iftikhar, Khushdil all need to be looked into. And Rizwan, 50 off 50 is not going to work anymore. Doesn’t benefit Pakistan. Hats off to Sri Lanka. What a team,” Shoaib Akhtar stated.

“I doubt whether we are playing the right team. Mohammad Rizwan doesn’t have the ability to finish games and he needed support which he didn’t get. You can’t play an innings of a run-a-ball 45 in such a situation. Pakistan played bad cricket and I think they should have batted first,” he added.

“Pakistan bowlers leaked too many runs. Babar just can’t score runs at the moment. Class, class, class chodo bhai! Your class is seen only when you’re in form. You’re trying to hit every ball so hard. Fakhar plays like he is lost somewhere. Iftikhar continues to play run-a-ball,” Shoaib Akhtar concluded.

On the other hand, former Pakistan fast bowler Aaqib Javed was also critical of Babar Azam and his opening partner Mohammad Rizwan.

“Babar and Rizwan will never be out of the team because they will keep scoring runs. But what’s the point of them scoring runs? You will only win those games where the target is in the 150-range. When you get a target of 180, you will need an innings that Mohammad Nawaz played at No.4 (in the Asia Cup game against India),” Aaqib Javed said in an interaction on Sports Paktv.

“We are stuck and it’s difficult to get out of it because one is the captain and the other is a vice-captain, and both play a similar style of cricket. They don’t get out; both are technical batters,” he added.

“You are wasting Fakhar at 3. He is an opener. The powerplay is for a reason. The ICC wants batters to hit in the first six overs. We don’t even do that. How will we score 60 runs in six overs? Australia have bigger grounds, the ball bounces a lot more. It will be a problem,” Aaqib Javed summed up. 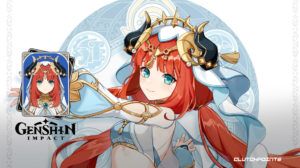