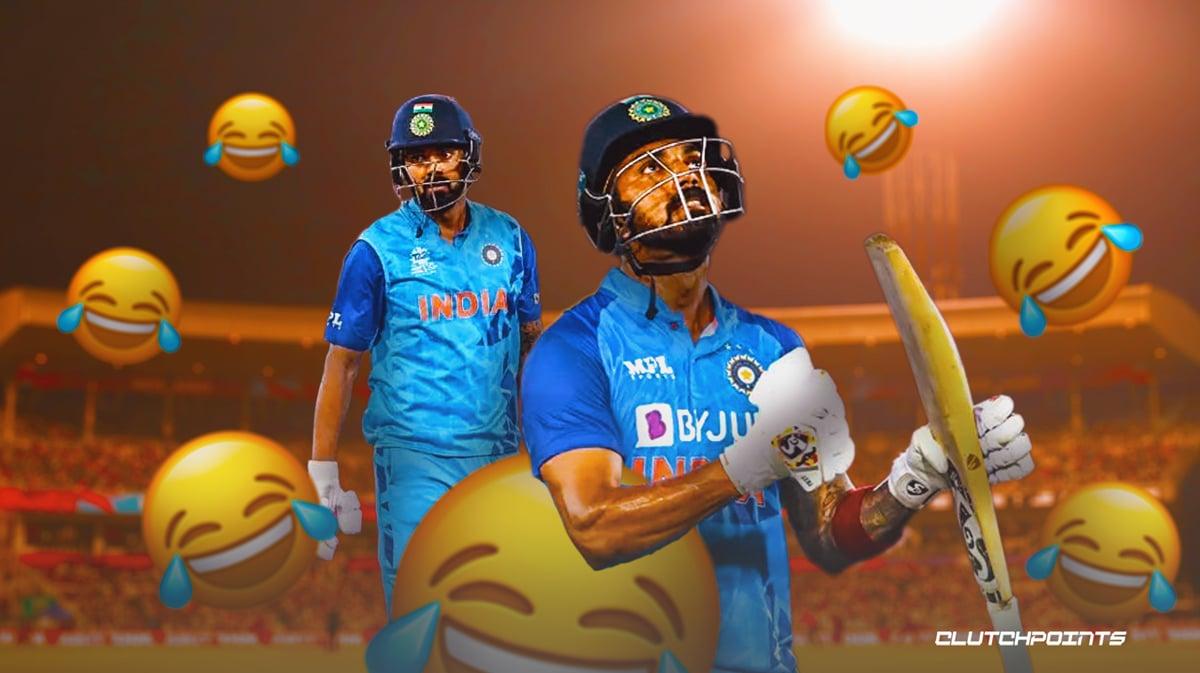 KL Rahul’s second successive failure in the T20 World Cup in Australia sparked a meme fest on Twitter with several netizens trolling the India opener for his inability to score runs against the minnow-like Netherlands on Thursday.

However, the main reason behind the fan anger against KL Rahul was his decision not to take the DRS after he was given out LBW by the on-field umpire off the bowling of Dutch pacer Paul van Meekeren in the third over of the Indian innings.

KL Rahul was batting on 9 when a Paul van Meekeren ball struck him on the pads and the umpire raised his finger after an appeal from the Netherlands side.

The ball looked to be sliding towards the leg side and his opening partner Rohit Sharma even suggested KL Rahul take the review but the India vice-captain chose to ignore his suggestion as he walked back to the pavilion. Television replays later showed that Rohit Sharma was right and the ball was indeed missing the stumps.

But KL Rahul’s big blunder meant that he had to leave the crease after making only 9 runs off 12 balls.

KL Rahul’s decision to walk back wasn’t much appreciated on social media with several Twitter users questioning his place in the Indian team.

Some even trolled him with memes for his continuing failures in the T20 World Cup, especially at a time when India needs him to score badly to take some pressure away from the likes of Virat Kohli and Suryakumar Yadav, the two in-form batters in the Indian line-up.

“KL Rahul knew he was Not out, yet he played a double bluff and trolled all his haters by not scoring against Netherlands as well. Hats off,” one twitter user wrote on the microblogging platform.

What Rahul must be feeling rn: #INDvsNED#KLRahul𓃵pic.twitter.com/tLw1oqdtPe

KL Rahul proving everyone wrong by not performing against Netherlands too.
KL Rahul score 9 run.#INDvsNED#T20WorldCup#KLRahul𓃵pic.twitter.com/2hgK7nmgLt

Bringing this back after KL RAHUL's masterclass 🔥🤩. #INDvsNEDpic.twitter.com/gjrAcYSbcY

KL Rahul’s decision not to ask for a review was even slammed by the legendary Virender Sehwag who said that he was left “surprised” by the India opener’s call.

Achhe form me toh lena hi chahiye, aur nahi ho toh zaroor lena chahiye. Sabka form me aana zaroori hai. (If you are in good form, you should take the review. But if you’re not, you should definitely take it. It is important that everyone gets back to form here),” the legendary India batter concluded. 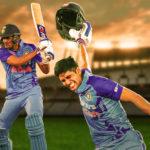 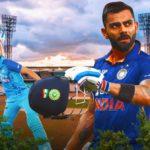 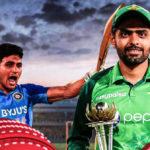 Meanwhile, former India opener Wasim Jaffer threw his weight behind the struggling KL Rahul, saying that the India opener was a far better cricketer than he has displayed in Australia.

“I think KL Rahul is a much better player than the numbers suggest. If you remember during our previous visit to Australia, he was in top form and after that he got injured and then again he had to come back. Therefore, it a bit difficult to maintain the same rhythm”, Wasim Jaffer said in an interaction with CricTracker.

“You know he has been hit by injuries a couple of times. That could probably be one of the reasons, but I mean obviously the numbers are there and he would like to improve those numbers. He is a phenomenal player in Test cricket and he is even phenomenal in T20Is and One Day Internationals,” Wasim Jaffer elaborated.

“We struggled against Pakistan. Rohit Sharma got out cheaply, KL got out cheaply, Suryakumar Yadav also. Those guys need to come to the party with the big games coming up and today India does not need to be complacent. The Netherlands would come out with people not expecting too much from them, but they would like to be there, they would like to throw punches. So, India need to be on their guard. They can’t be complacent,” the former India opener summed up.

Despite KL Rahul’s failure, India went on to win the match by 56 runs, thanks to the fifties from captain Rohit Sharma, Suryakumar Yadav, and Virat Kohli. While Suryakumar Yadav made an unbeaten 51 off 25 deliveries, Virat Kohli struck 62* off 44 balls.

On the other hand, Rohit Sharma played an exceptional knock, hitting a quickfire 53 off 39 deliveries after India lost KL Rahul early in the innings.

With the help of half-centuries from the trio, India posted a healthy total of 179/2 on the board.

In reply, the Dutch side could only manage to score 123/9, losing the match by 56 runs with Arshdeep Singh, Bhuvneshwar Kumar, and Axar Patel picking up two wickets each.