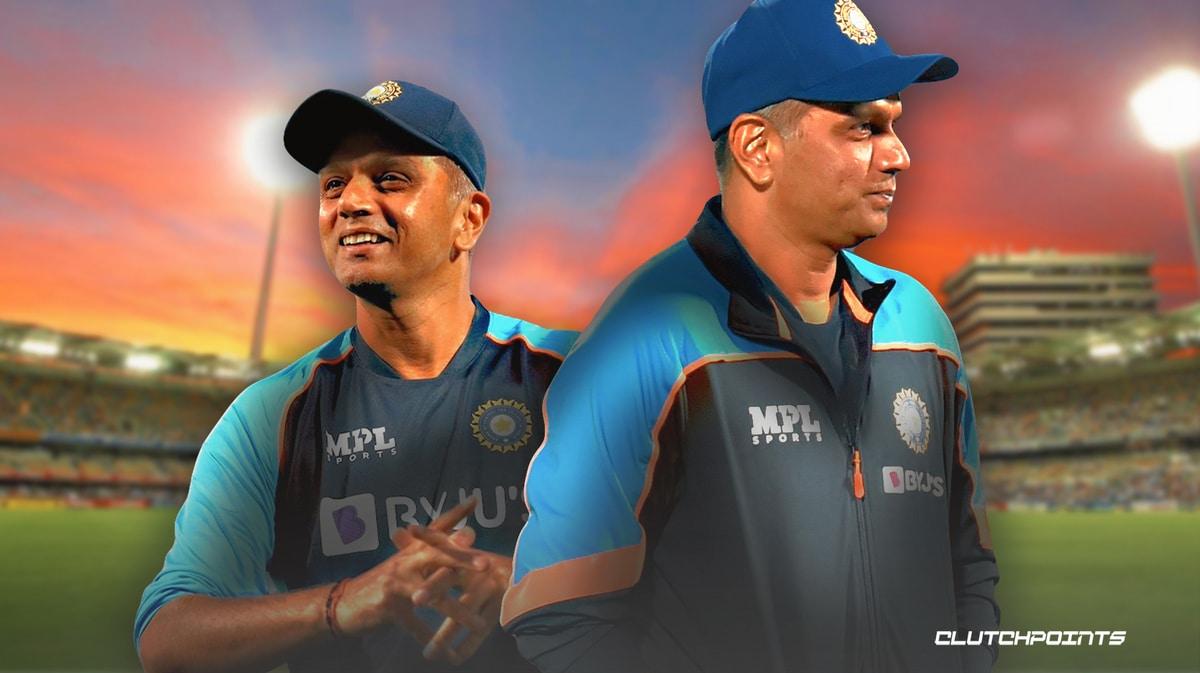 Cricket fans ripped into Rahul Dravid after Team India took to the field in the fifth T20I against the West Indies without skipper Rohit Sharma and several other key players. Besides Rohit Sharma, in-form Suryakumar Yadav, veteran pacer Bhuvneshwar Kumar and spin mainstay Yuzvendra Chahal and wicketkeeper batter Rishabh Pant were rested from the game of the series against Nicholas Pooran and company played at the Central Broward Regional Park Stadium Turf Ground in Lauderhill in Florida on Sunday.

With the T20 World Cup in Australia only months away, coach Rahul Dravid and captain Rohit Sharma have been experimenting a lot of late. The experiments have come from both the bowling and batting departments. While the likes of Avesh Khan and Arshdeep Singh have been given opportunities to lead India’s pace attack, Ravi Bishnoi has been tried and tested in the spin sector.

On the other hand, Rahul Dravid the tactician has also pushed both Rishabh Pant and Suryakumar Yadav up the order, trying both the middle order batters as openers. If Rishabh Pant was moved to the opening slot against England last month, Suryakumar Yadav was handed the chance to do the same against the West Indies this month.

However, Rahul Dravid’s experiments were not appreciated by numerous social media users on Sunday as they were left fuming after they got to know that instead of Rohit Sharma, Hardik Pandya would be captaining the Indian cricket team in Lauderhill.

Such was the fan fury against Rahul Dravid that he was declared a “fraud man” by a section of Twitter users while others suggested that the legendary cricketer had “lost his mind” and needed a “therapist” to regain his senses.

On the other hand, some even accused him of stopping Suryakumar Yadav from becoming the No.1 batter in T20Is by resting him from the fifth match of the series against the West Indies.

Suryakumar is currently ranked No.2 in the ICC’s T20I rankings and is on the verge of surpassing Pakistan captain Babar Azam from the top of the charts.

Worst batting line-up this is of India in 5th T20I,
I mean what is this!?
Sanju as an opener suits more than finisher, Shreyas's favourite position is to play at 3, Hooda before Sanju?

Rahul Dravid needs a therapist he's out of his mind.#WIvIND#T20WorldCup

Iyer will be in Asia Cup squad as well now, Dravid is a fraud man

SKY can't be No. 1 in ICC T20I rankings after missing this match 🥲

Dravid stopping a player from achieving a personal milestone nothing new.#INDvsWI

#WIvIND
Rohith and Dravid making team selection confused.
Now Iyer will score fifty again question will arise to select him or not

Despite the heavy criticism of Rahul Dravid, his young lads didn’t disappoint their coach as India went on to register a comfortable 88-run victory in the match to clinch the series 4-1 against the West Indies in Florida.

Batting first, India put up a big total of 188/7 on the board, thanks to a scintillating 64 off 40 balls from Shreyas Iyer and a quickfire 38 off 25 deliveries.

In reply, West Indies were left completely bamboozled by the guile, flight, and dip of India’s spinners as Axar Patel, Kuldeep Yadav, and Ravi Bishnoi went on to pick all 10 wickets of the opposition to bowl them out for 100, thus giving the visitors their fourth win in the series. 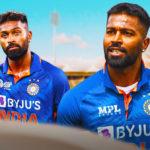 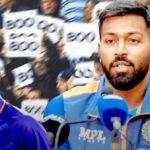 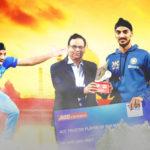 It was Axar Patel who gave India the perfect start as he rattled the West Indian top-order, sending Jason Holder, Shamarh Brooks, and Devon Thomas back to the pavilion inside the first five overs.

Ravi Bishnoi and Kuldeep Yadav then combined in the middle overs, to take the remaining seven wickets to firm up their case for winning the T20 World Cup in Australia in October-November.

Axar Patel was later named the Man of the Match for his figures of 3/15 and the left-arm spinner was ecstatic with his performance against Nicholas Pooran and company.

“My plan was to vary my pace. I knew wickets were slow. And tried to bowl stump to stump. The main thing is that I need to back my strength because in T20s batters try to hit you. So you just focus on bowling good areas and using your strength and your pace. The wickets felt similar to the ones I played in the Caribbean earlier on. The wickets for the one-dayers were similar, and then when I played the last two T20Is, it helped. I am an allrounder – doesn’t matter batting or bowling. The day I bat well, I’ll be a batting allrounder. The day I bowl well, you can call me a bowling allrounder,” Axar said in the post-match presentation ceremony.

Meanwhile, Arshdeep Singh who was excellent throughout the five matches was adjudged the Man of the Series for his seven wickets at an economy of just over six.

“It feels really good and feel grateful to represent my country. Tried to keep things simple. As Rahul Dravid sir says we are a processed based teams so I stick with my process. I don’t try to think much about other things during the bowling. The talk is to be adaptable. We have to do whatever the demand of the wicket and the team is. We do what the captain and coaches tell us. Credit to them for the clarity they have given me. I don’t know what my greatest asset is but keeping things simple and focusing on process helps me. The way the captains back the youngsters, and the feel of the dressing room is very nice. Youngsters and seniors feel the same. Helps as a youngster to come in and repeat what you do with your IPL and state teams. My mentor and my competition is my dad, he is very economical and bowling well,” Arshdeep Singh concluded.