3 improvements Jazz must make after losing 6 of 8

Is Klay Thompson playing vs Jazz

• The perfect trade Jazz must offer Pistons for Jerami Grant

The Utah Jazz are an American professional basketball team that plays in the Northwest Division of the National Basketball Association's Western Conference. The Jazz were established in 1974 and they play their home games in the Vivint Arena in Salt Lake City, Utah.

The Utah Jazz have not been able to bag the coveted NBA title since the team was founded nearly five decades ago. The Jazz did go all the way to the Finals two years in a row back in 1997 and ‘98, but they were defeated on both occasions by Michael Jordan and the Chicago Bulls.

Karl Malone and John Stockton led the charge for the Jazz back in that era as easily the two greatest players in franchise history. Other legends who join Malone and Stockton on this esteemed list include Adrian Dentley, Pete Maravich, Dero Williams, and Jeff Hornacek.

The Jazz have emerged as perennial playoff contenders in the Western Conference over the past few seasons. In the last four years, Utah has made four trips to the postseason. They were eliminated in the West Semifinals in 2017 and 2018, while their runs in 2019 and 2020 resulted in early first-round exits.

The Jazz came out with a vengeance in the 2020-21 campaign and they have been one of the best teams in the regular season. Superstar guard Donovan Mitchell’s elite play is a big reason for their rise, who Utah scooped up in the 2017 NBA Draft with the 13th overall pick.

Rudy Gobert, a two-time Defensive Player of the Year winner, has also been a vital star for the Jazz in the 2020-21 season. The 7-foot-1 big man arrived in Utah in 2013 via a draft-day trade with the Denver Nuggets, and he has since been the Jazz's key cog on the defensive end. 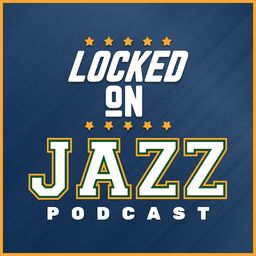 Locked On Jazz - Daily Podcast On The Utah Jazz 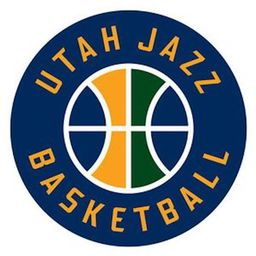 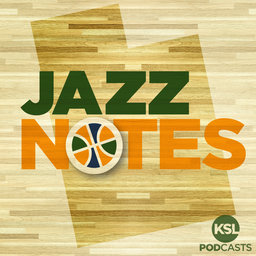 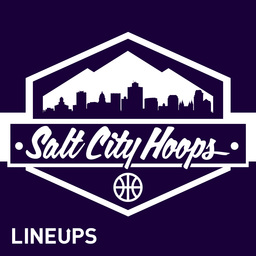 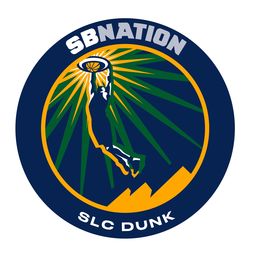 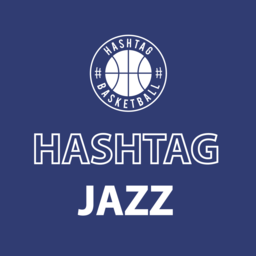 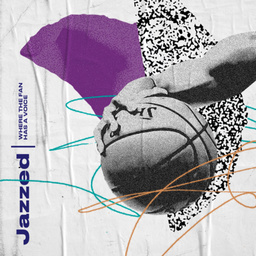 Mychal
@My_Lo • 59m
If you’re frustrated with Jazz fans who prefer their hall of fame players not to be anti-vaxx grifters spouting insane misinformation while profiting off of it, I don’t know what to tell you. Actually I do. Basketball isn’t THAT important.
Utah Jazz
@utahjazz • 3h
Back on the road for 2 🛫 ⏰ 6:30 PM MT 📺 @ATTSportsNetRM | @NBATV 📻 @ZoneSportsNet | @kslnewsradio #TakeNote 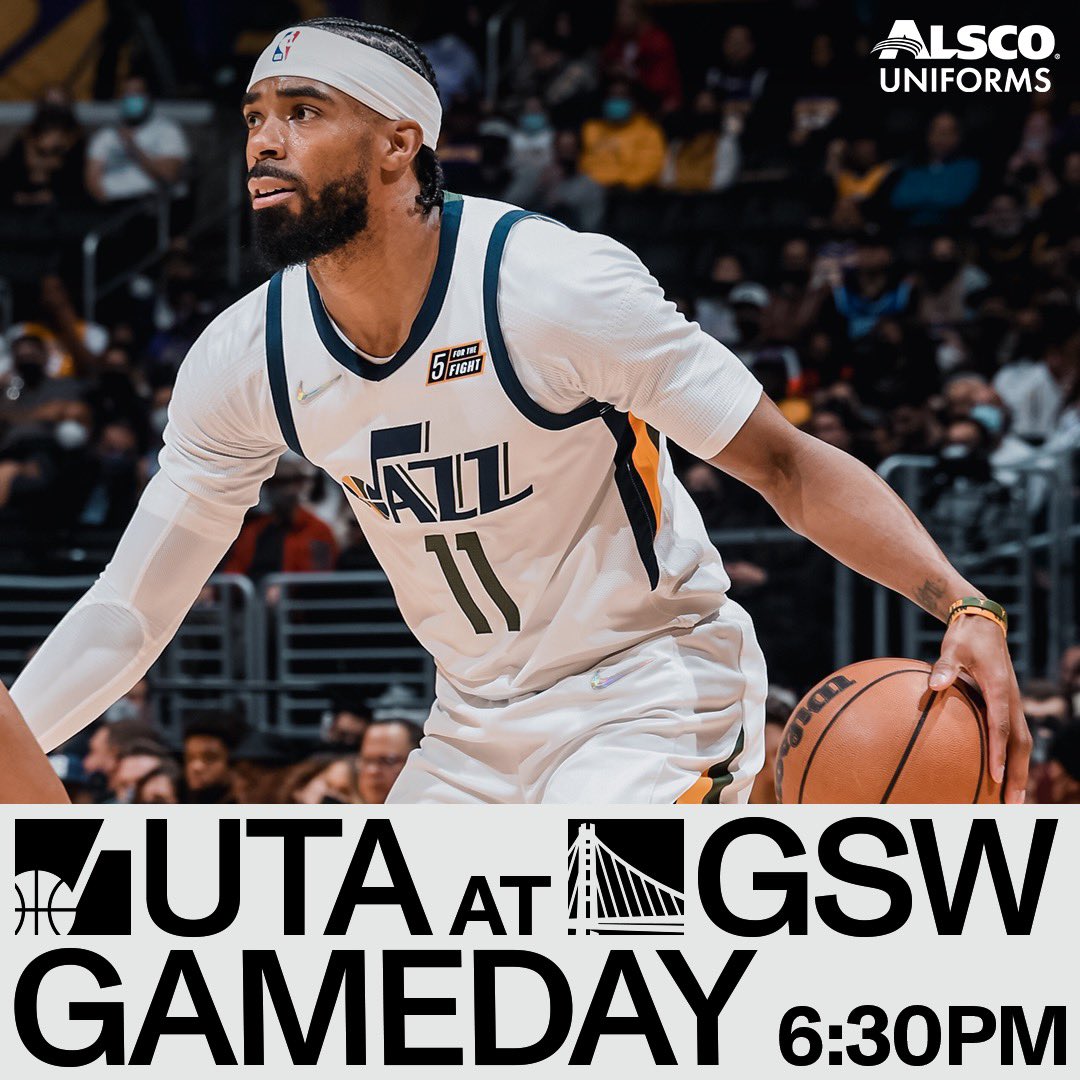 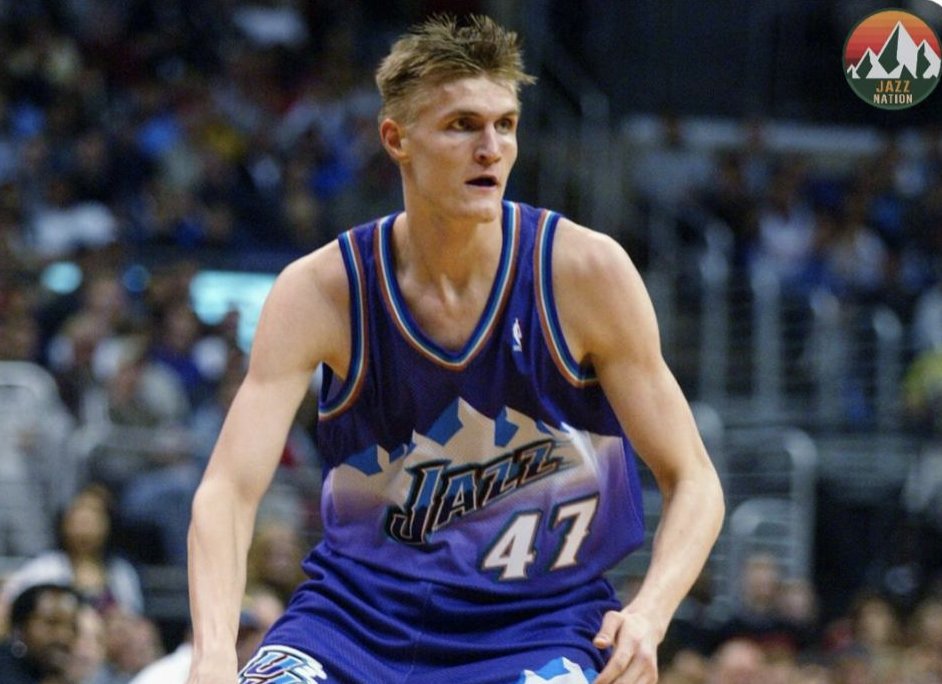 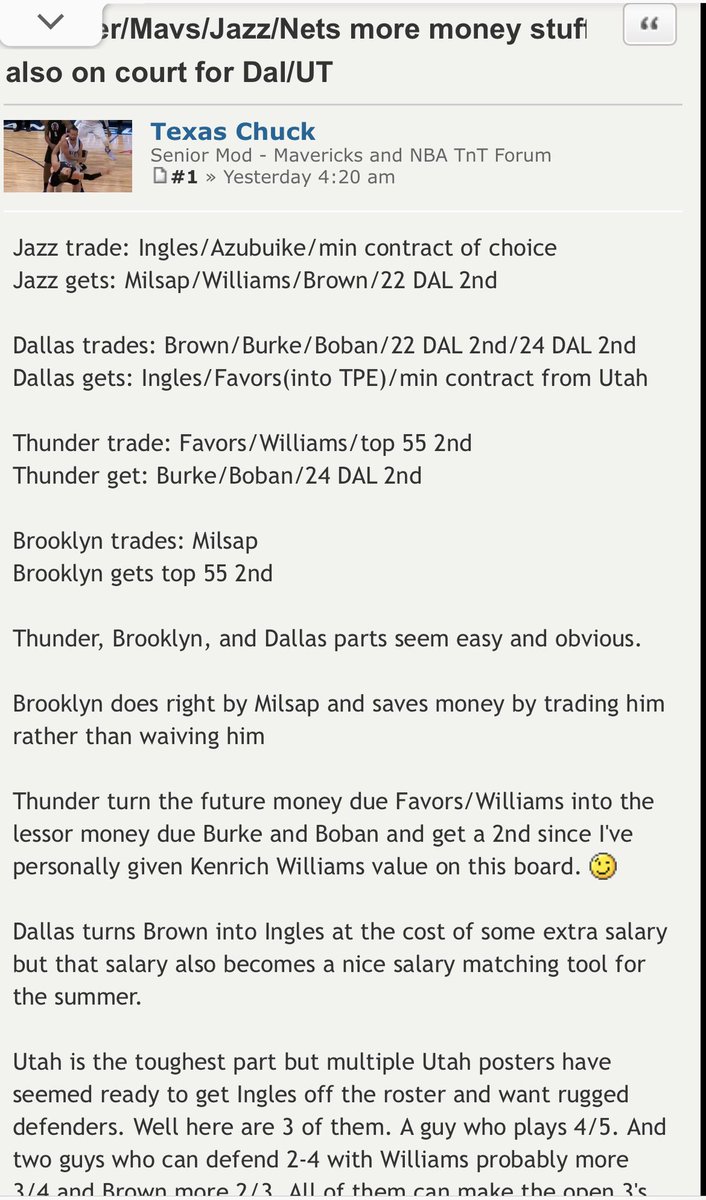 Ben Dowsett
@Ben_Dowsett • 3h
In case my last couple tweets weren't clear: The statues of Karl Malone and John Stockton outside Vivint Arena should come down. Time to stop showing kids an example that being great at sports gives you a free pass to be a piece of shit. Some things matter more than the game.
Andy Larsen
@andyblarsen • 12h
Monfils continues to be the most fun to watch.
Jazz Nation
@JazzNationCP • 20h
Hassan Whiteside has cleared health and safety protocols but is questionable due to conditioning while Rudy Gobert has left ankle soreness 😔 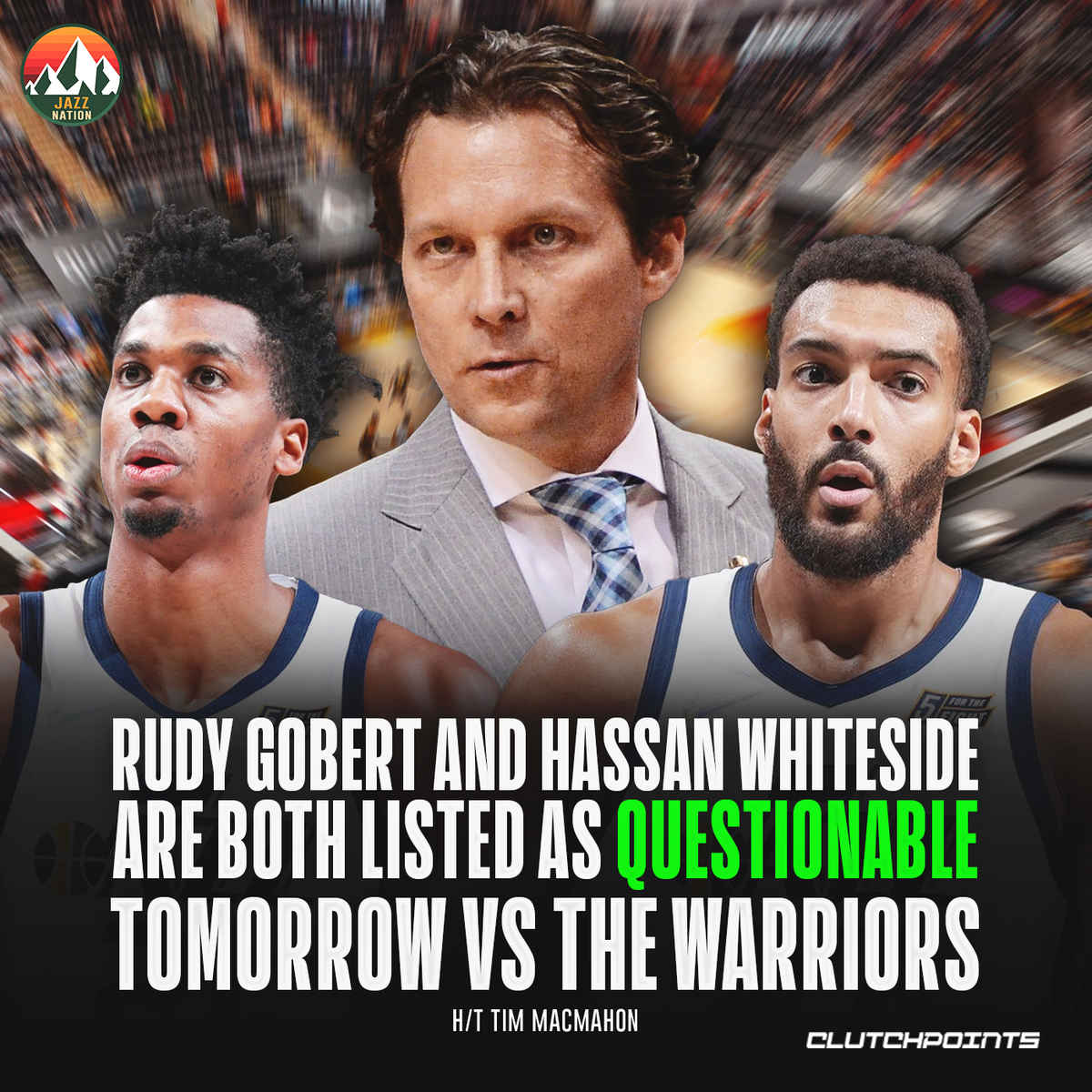 Do The Jazz Need Another Superstar Alongside Donovan Mitchell To Compete For A Championship?

Donovan Mitchell has emerged as one of the brightest young stars in the NBA, and the Jazz recently rewarded him with a massive five-year max extension to the tune of $163 million.

With Utah now committed to Mitchell as their cornerstone superstar of the future, the question now is if he needs a second superstar to play alongside him for the Jazz to compete for a title.

Rudy Gobert is a two-time Defensive Player of the Year, but he isn't exactly a superstar-caliber player. The Jazz have also rolled with a Mitchell-Gobert pairing for a couple of years now, which has not found too much success for the team (they haven't gotten beyond the second round of the playoffs).

Based on how squads are stacking up in the NBA these days, superteams have been a bit of a norm — for most title contenders, at least. In this respect, the Jazz may want to explore the possibility of using Gobert as a trade piece to bring in a second superstar to pair with Mitchell.

Should The Jazz Trade Mike Conley This Season?

To put it plainly, Mike Conley was not able to live up to the expectations the Jazz had when they traded for him at the start of the 2019-20 season. Last season, the former fourth overall pick averaged 14.4 points (on 40.9 percent shooting), 3.2 rebounds, and 4.4 assists -- numbers that were much lower than his rate of production with the Memphis Grizzlies.

Nevertheless, it would be premature to trade away Conley at this point. He barely had a full season with the team last year, and he deserves another shot. The fact that his contract is up for renewal complicates things, but Utah appears to have a solid point guard in Conley, and the veteran could emerge as this team's talisman moving forward.

Should The Jazz Make A Trade For Bradley Beal?

Bradley Beal has perpetually been one of the biggest names in trade rumors in recent years. Most recently, however, the Washington Wizards have expressed how they want to build their franchise around Beal, which possibly implies that they are ready to move on from John Wall.

As such, the Jazz might have a hard time bringing in Beal should they decide to take a run at him. He's going to cost quite a fortune for Utah, and his price might not be worth it at this point.

The Jazz have their cornerstone superstar in Donovan Mitchell, a two-time Defensive Player of the Year winner in Rudy Gobert, a tested veteran point guard in Mike Conley, and a potent offensive threat in Bojan Bogdanovic (their second top scorer last season), who missed a big chunk of the season due to injury. They also brought back Jordan Clarkson as the team's Sixth Man; this is a lineup that demands at least another shot.

Who Are The Jazz Targeting In Free Agency?

Utah made quite a splash in free agency as soon as it opened. After re-signing Donovan Mitchell and Jordan Clarkson to long-term extensions, the Jazz brought back Derrick Favors from the New Orleans Pelicans. This was a great pickup for Utah, signing a coveted Favors on a three-year deal worth $29.2 million.

The Jazz reportedly also had their eye on Aron Baynes, who decided to sign with the Toronto Raptors, as well as a possible reunion with Paul Millsap, but he eventually agreed to a one-year deal to stay with Denver.

Did The Jazz Overpay To Bring Back Jordan Clarkson?

The Jazz dug deep into their pockets to retain the services of 6-foot-4 combo guard Jordan Clarkson, signing him to a four-year deal to the tune of $51.5 million.

It is worth noting that Clarkson actually earned $13.4 million last season, stemming from his previous deal with the Los Angeles Lakers. Technically speaking, the Jazz will be paying Clarkson less money per year moving forward, which is a great bargain for a player who just had arguably the best season of his career in Utah.

Clarkson averaged 15.6 points (on 46.2 percent shooting), 2.8 rebounds, and 1.6 assists, while also draining 2.2 triples per game on a respectable 36.6-percent clip. He filled in the role of Utah's Sixth Man admirably, logging 24.7 minutes off the Jazz bench on a nightly basis.

How Much Are The Jazz Worth?

The team is currently owned by tech mogul Ryan Smith, who recently purchased the franchise for $1.66 billion back in October, which was an accurate estimate of the Jazz's true value following the team’s $1.55 valuation in 2020.

Who Owns The Jazz?

After being owned by the Miller family for more than three decades, the Jazz franchise was recently sold to 42-year-old billionaire Ryan Smith. The tech mogul reportedly paid a whopping $1.66 billion to the Miller family. Smith made his fortune in the field of technology. He is currently the CEO and co-founder of Qualtrics, an online survey software company.

It is worth noting that when the late Larry H. Miller purchased the team in 1986, he reportedly shelled out $24 million. Now that's quite a return on investment.

Who Is The Jazz Head Coach?

Quin Snyder currently serves as Utah's head coach. The 54-year-old is entering his seventh season with the Jazz.

In six years with the team, Snyder has amassed 271 wins against 211 losses, which is good for a .562 winning percentage. Utah has made it to the postseason four straight years now, but they have yet to progress beyond the second round under coach Snyder.

Prior to being named as the Jazz's head coach, Snyder had assistant coaching stints with the Los Angeles Clippers, Philadelphia 76ers, Los Angeles Lakers, and the Atlanta Hawks.

Who Are The Jazz's Assistant Coaches?

Utah's head coach is 54-year-old Quin Snyder, and he currently has a myriad of assistant coaches working under him.

Who Are The Best Jazz Coaches Of All Time?

Jerry Sloan holds the title of the greatest Jazz coach of all time. As a matter of fact, with a whopping 1,127 regular season wins for the Jazz, Sloan also stands out as one of the greatest coaches in NBA history. In 23 seasons in Utah, Sloan guided the Jazz to more than a few playoff appearances, including back-to-back trips to the NBA Finals in 1997 and 1998.

Quin Snyder is currently Utah's head coach, and he too has to be considered an all-time great for this franchise. Under Snyder, Rudy Gobert has won back-to-back Defensive Player of the Year awards, while Donovan Mitchell is now a bona fide All-Star. Snyder has led the Jazz to four playoff appearances in six seasons at the helm.

Finally, we have Frank Layden, who coached the Jazz between 1981 and 1989. Under Layden, the Jazz won 277 games against 294 losses, giving Layden a respectable .485 winning percentage. By leading Utah to 45 wins in the regular season and a trip to the second round of the playoffs, Layden was awarded with Coach of the Year honors for the 1983-84 season.

Who Are The Top 5 Jazz Players Of All Time?

It's hard to argue with the notion of Karl Malone and John Stockton being the two greatest Jazz players of all time. I guess you could make a case for who you'd have as No. 1 and No. 2, but either way, it's hard to deny that they are the GOATs. Together, this duo led the Jazz to unprecedented heights during the 1990s. They went to back-to-back Finals trips and 1997 and 1998, and had it not been for a dude named Michael Jordan, Utah would probably have one or two titles to their name right now.

Spots three to five are where it gets interesting, and all three of the guys we will be listing below could be interchanged. You could even argue that one or two legends should take their place.

Adrian Dantley has to be on our list, given how the Hall of Famer averaged 29.6 points, 6.2 rebounds, and 3.7 assists in seven seasons with the Jazz. Deron Williams could be Utah's second greatest PG ever behind Stockton, and he too deserves to be on here. Finally, we round out the list with "Pistol" Pete Maravich, who once led the league in scoring (31.1 points per game during the 1976-77 season) with the then-New Orleans Jazz.

Who Are Jazz Legends?

Karl Malone and John Stockton are easily two of the most legendary figures in Jazz history. Joining them on the list of all-time legends are the likes of Frank Layden, Adrian Dantley, Pete Maravich, and Jeff Hornacek, who himself happened to be a teammate of Malone and Stockton during the 1990s.

Other Jazz legends are Darrell Griffith and Mark Eaton, while coach Jerry Sloan, who himself has his number retired by the Jazz (1,223 representing the number of wins he amassed as the team's head coach), is undeniably one of the most prominent figures in franchise history.