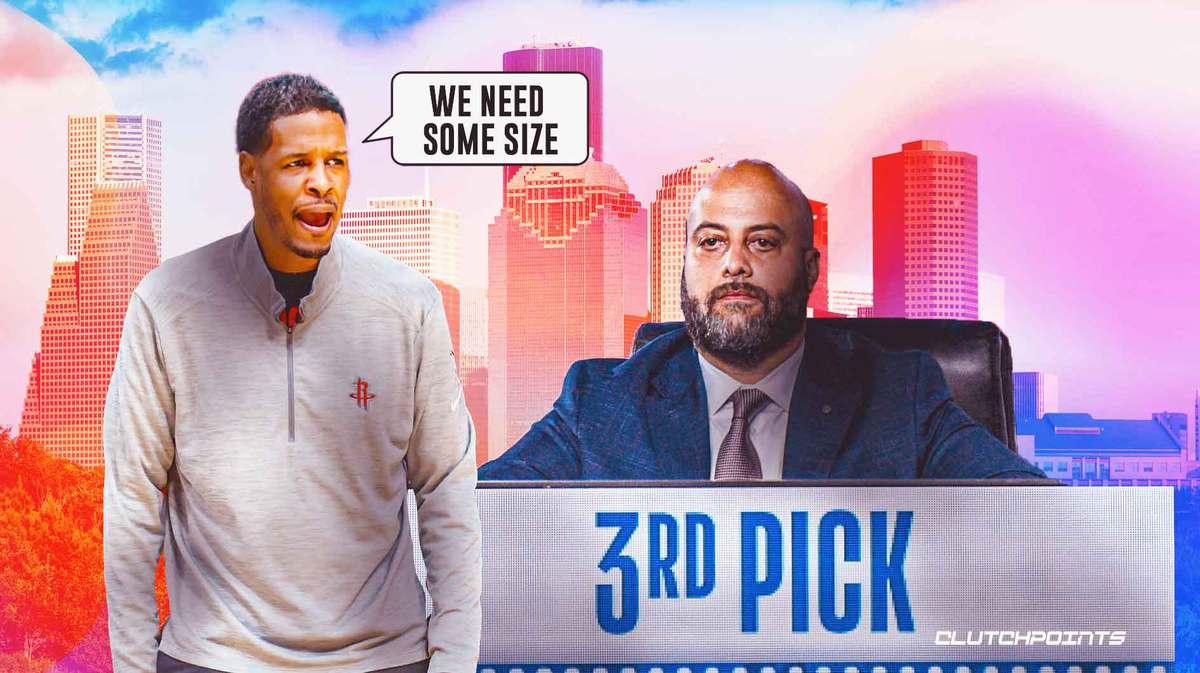 The Houston Rockets are in full rebuild mode after their second straight season with 20 or fewer wins. The NBA recently adjusted the lottery odds which gave the bottom three teams equal chance at landing the number one pick.  The Rockets went into the lottery with a 52.1% chance of getting a top 4 pick. The other 47.9% was for the fifth pick.

Despite the poor record, the Rockets are not as far off from competing as most teams in their situation. Houston has done a great job adding young talent to build around moving forward. Last season’s 2nd overall pick, Jalen Green, had a solid rookie season and is expected to grow into one of the faces of the franchise. After the lottery settled, the Rockets walked away with the third overall pick where they will be in search of his co-star.

The unique style of the 7-footer makes him such an interesting prospect. Many have regarded Chet Holmgren as the surefire number one pick but it is not as cut and dry of a decision as most years. The Gonzaga product is extremely skilled on both sides of the ball and is able to handle the ball in a way a player his size should have no business doing. Holmgren has a fluid jump shot and is comfortable shooting three-pointers (39% this season). This makes a potential pick-and-pop game incredibly dangerous. Even with his skinny frame, Holmgren is very impactful defensively due to his 7’6” wingspan and impressive instincts.

As polished as his game is, Chet Holmgren’s body is years away from being NBA ready. He weighs just 195 pounds and it is clear it is difficult for him to gain weight. He plays a tough brand of basketball but lacks the body to make this effective. Foul trouble has been a consistent issue throughout his college career. With the Rockets still in developmental mode, it would be too difficult to pass on Holmgren’s sky-high upside. However, there is a weirdness to his game and concern about his body that prevent him from being the can’t miss prospect he was once regarded as.

The Rockets are largely at the mercy of what happens in the two picks before them. Jabari Smith Jr. is the cleanest fit alongside Jalen Green. The Auburn product is an elite shooter with 6’10” size. He is capable of scoring on all three levels and his size limits defensive impact. Smith averaged 16.9 points, 7.4 rebounds, 1.1 steals, and 1.0 blocks this season. The big man has enticing defensive potential and will be a complete two-way player once he fully develops.

There is some concern with his handle and how much this limits his isolation scoring ability. He also could use to add some strength, but he has the frame to do it. Perhaps the biggest concern was his poor performance in the NCAA Tournament.

Second-seeded Auburn was blown out by Miami in the second round of the tournament. Smith had his worst performance of the season, ending with 10 points on 3-of-16 shooting. Auburn was outscored by 20 points while Smith was on the court and he failed to assert himself on either side of the ball. There are varying opinions on how much to weigh this but it certainly was a disappointing end to his brief college career.

If Paolo Banchero is the remaining player out of the top three prospects, it is a pretty good consolation prize. The Duke product averaged 17.2 points, 7.8 rebounds, and 3.2 assists this season. While the 3.2 assists per game don’t jump off the charts, he has exciting potential as a playmaker. Banchero has a smoothness to his game that is pleasing to watch and he can do a little bit of everything. He possesses impressive body control at 6’10” and a lethal spin move he uses often. The fadeaway jump shot he uses is effective and nearly un-guardable at his size.

The biggest concerns with Banchero fall on the defensive end. He lacks quickness and can be taken advantage of on the perimeter. He also averaged less than a block per game despite his size. The Seattle native also needs to improve his perimeter shooting as he shot just 33.8% from beyond the three-point arc. He could use some improvement in handling when the lane gets clogged up.

While the Rockets are likely disappointed not to land the top pick, it makes their decision easier in some respects. Jaden Ivery and Bennedict Mathurin should also be scouted heavily, but there has been a pretty clear top three in this draft for quite some time. Expect Houston to sit back and grab whichever of the three remain.