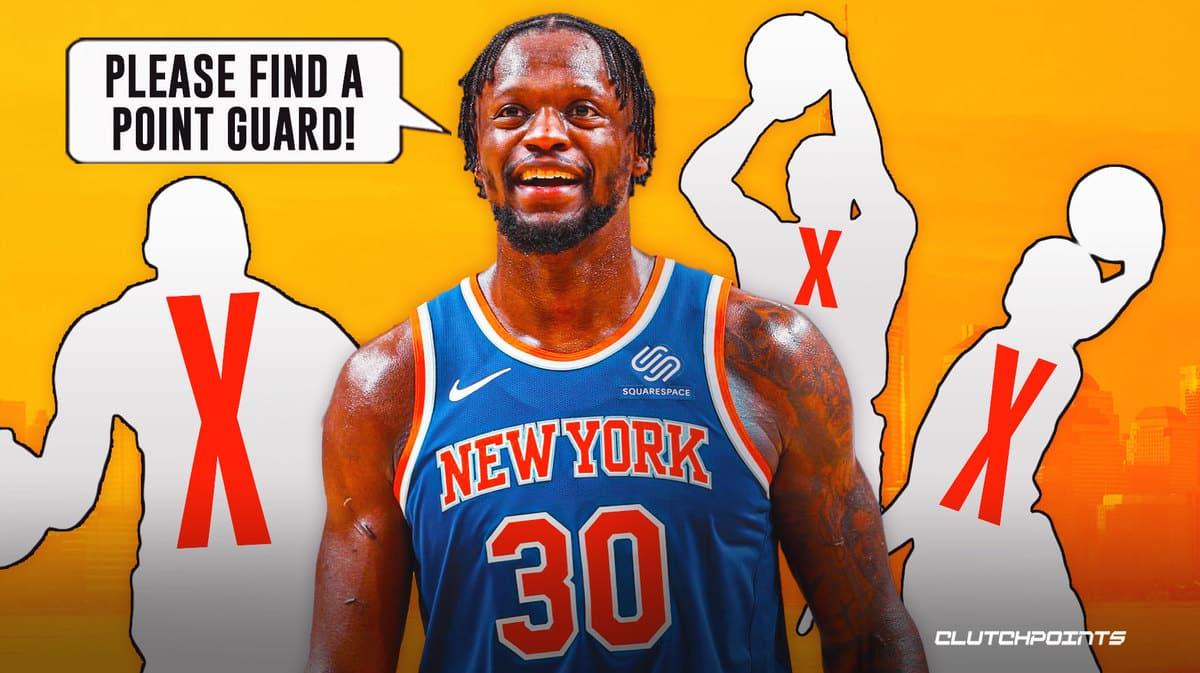 After trading all of their picks away and punting on the draft, the New York Knicks gear up for the 2022 NBA free agency. Rumors are the organization is going to sign Jalen Brunson, who fills a void at point guard the front office has been chasing for years. It’s not official yet, as free agency kicks off Thursday. New York could use some more depth to the roster, but they want to make sure to not sign the wrong players. With that in mind, we look at three free agents the Knicks must avoid signing.

Building around RJ Barrett and Julius Randle must be a top priority. New York already has a solid center in Mitchell Robinson and Evan Fournier is a solid shooting guard as well. The potential addition of Jalen Brunson will vastly improve the starting lineup, however, the Knicks need to improve the bench rotation.

It’ll be interesting to see how free agency plays out for New York. This is a crucial moment for this franchise and it is important the front office acquires the right players. If not, then the upcoming 2022-23 season could be in peril. As long as the Knicks stay away from these players, then the organization should be able to maintain a solid roster. If they play their cards right, we could see this team make a playoff appearance next year.

With that said, here are three free agents the Knicks must avoid signing in the 2022 NBA free agency.

Power forward is the most complete position for the Knicks right now. Julias Randle has been solid since joining New York and Obi Toppin is a high-end backup with the potential to become a consistent starter one day. Additionally, Taj Gibson somehow keeps playing well despite being 100 years old, which doesn’t leave any room for Thaddeus Young.

Although his play style fits nicely, the Knicks should be focusing on other areas to improve. Whether that means making some trades to bring in an exciting shooting guard or signing a veteran small forward to backup RJ Barrett, New York should be active throughout the remaining of the offseason.

It feels like the Knicks have been trying to acquire a star point guard and they could be on the verge of accomplishing that goal. However, there is always the chance the front office swings and misses (we’ve seen that happen before) and suddenly, New York finds themselves searching for a veteran point guard to share time with Immanuel Quickley. If that’s the case, the franchise must stay away from signing Ricky Rubio.

The main reason is the Knicks need a legitimate scoring option from that position. Rubio is not a valid scorer in the NBA. He’s solid as a facilitator and can help his teammates get open. However, New York is in need of a point guard who can score at will. Hopefully, everything goes as planned, and the front office reels in Jalen Brunson. But just in case, they should be looking for a point guard with a score-first mentality as a backup plan.

If things go south, John Wall is someone the Knicks may opt to seek after to play the point guard position. His name still carries some weight, but it’s been a while since we’ve seen Wall play well. He didn’t play at all last year and the season before that was nothing to write home about. It’ll be interesting to see where the veteran guard lands, but hopefully, the Knicks steer clear in the NBA free agency.

New York would be better off making a big trade instead. Especially if they don’t land Brunson. There are plenty of other options available in free agency, as John Wall is a huge risk the Knicks can’t afford to take. If he plays well in his return so be it, but this franchise should be seeking someone who is a much safer bet.