It’s not a secret that Thunder star Kevin Durant will be heavily recruited this off-season. He hasn’t made his plans known about what he will do, but the Thunder seem to be the team that has the advantage, with a stacked roster and the ability to pay him the most money.

One of the teams that said they would heavily recruit Durant is the Houston Rockets, and even more so by his longtime friend James Harden. Harden seems focused on Durant, while not even bothering to speak with free agent teammate Dwight Howard, who is also pending his decision to stay or leave the Rockets.

Harden told ESPN that he is going after Durant without hesitation.

I obviously would love for him to play here in Houston, but ultimately he’s got to make the best decision for his career whatever that is.

As a former teammate, Harden knows what it’s like and what it takes to play successfully alongside Durant, and will use that and his friendship as leverage to try to convince Durant that Houston would be a great place for him to plant. 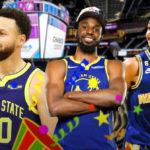 The Thunder advanced to the NBA Finals with James Harden as a reserve in 2012, before he was dealt to the Rockets. Harden has since then improved, becoming the leader of the team, and developing into an MVP candidate, being voted as the most valuable player among his peers at the very first NBA Players Choice Awards in 2015.

If Howard decides to sign with another team this summer, that opens up another available max slot to fill next to Harden, which he hopes to be Durant.