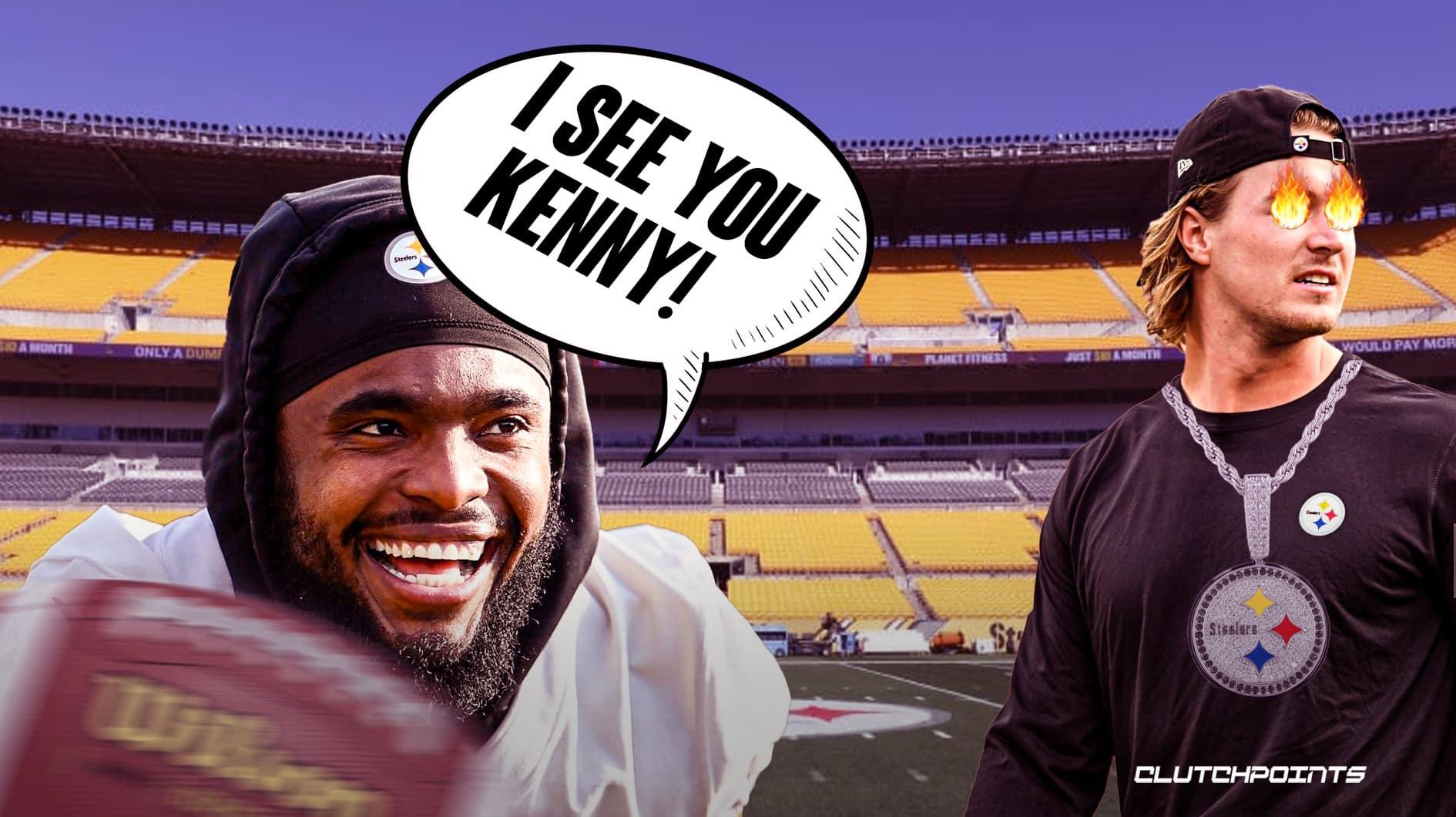 The Pittsburgh Steelers gave Kenny Pickett his first taste of regular season NFL action on Sunday after he replaced Mitchell Trubisky in the Week 4 loss against the New York Jets. Pickett’s debut had its share of ups and downs, but it looks as if his Steelers teammates are eager to see what’s in store for him this year. Via Brooke Pryor, Steelers WR Diontae Johnson dropped some major praise in the direction of Pickett despite losing the game in Week 4.

Diontae Johnson on Kenny Pickett: "He played with swag. When he comes in the huddle, he demands like, huddle up, come in, listen. Everybody respects him. He's a great player, and he's young going and continue to learn and develop."

“He played with swag,” said Diontae Johnson of Kenny Pickett. “When he comes in the huddle, he demands like, huddle up, come in, listen. Everybody respects him. He’s a great player, and he’s young and going to continue to learn and develop.”

Those were certainly some encouraging comments from the Steelers No. 1 wide receiver. The team’s passing attack was stagnant with Trubisky under center, but after Pickett entered the fray, the team was moving the ball more easily.

Pickett completed 10-of-13 pass attempts for 120 yards. He threw three interceptions, though one came via a late-game Hail Mary attempt and another hit off the fingertips of tight end Pat Freiermuth. Additionally, Pickett became the first quarterback making their debut to rush for two touchdowns in NFL history. It doesn’t seem like Johnson blames Pickett for those mishaps, either.

George Pickens gets real on relationship with Kenny Pickett

Pickett had the ball moving down field far better than Trubisky did and the offense seemed more lively with the rookie under center. No official word has been made regarding the starting quarterback in Week 5 when the Steelers take on the Buffalo Bills, but it wouldn’t be shocking to see Pickett draw a start after finishing the game on Sunday.

He seems to be winning over his wide receivers, particularly Diontae Johnson, so it looks as if he’s in a great spot to win out this quarterback battle once and for all.