There was a time when amateurism had its place in the land of college sports. However, that time likely ended long ago when schools began accepting million dollar television deals brokered off the back of its student-athletes.

In what might end up remembered as a watershed moment as to how college basketball fans view college athletes receiving any form of money, Duke Blue Devils coach Mike Krzyzewski let it be known he supports California SB206; a law allowing student-athletes to profit off their name, image and likeness.

“I don’t — and won’t — pretend to understand all the complexities of such a change,” Krzyzewski said in the statement. “However, it is a sign of the times that we in college athletics must continually adapt, albeit in a sensible manner.

“While we have made significant progress in recent years, we have not always responded to the needs and rights of our players swiftly, and frankly, we’re playing catch-up after years of stagnant rules. I hope and trust that not only will there be a plan to put the student-athletes’ best interests at the forefront, but that we’ll also have a firm plan for implementation at the national level.”

This is inherently counter to the NCAA’s ideals, as well as to how some of Coach K’s colleagues view the situation.

Gonzaga Bulldogs coach Mark Few has come under some fire for his comments on SB206, as well as the long walk he took to trash California Governor Gavin Newsom in the process – though, he also believes players should receive fair compensation.

Gene Smith, part of the NCAA’s working group that is looking into potential NIL benefits and issues, is already on record stating how he isn’t exactly a fan.

“I’m a single vote in that,” Smith said, via USA Today, when asked if he would avoid playing schools from California before Newsom signed SB206. “My guess is our membership would say yes because one of our principles is fair play, and even in the working group that I’m on, we’re focused on trying to make sure we deal with this in a fair-play way – as best as we can have a level playing field. We know it’s unlevel in a lot of ways, but this could make it unbelievably unlevel.

Krzyzewski wasn’t the only coach on Tuesday who spent time talking about the growing shift toward player rights and fair pay. Louisville Cardinals coach Chris Mack admitted to not always viewing it through his current lens, but acknowledged he had to change with the times.

“Four or five years ago I might’ve sung a different tune,” Mack said, “but a lot has changed. The money, the TV contracts, every conference has its own network now. I don’t know what it looks like. I’m not an economist. And I think the NCAA has gotten a bad rap for not doing anything for student-athletes. But I am on the side that thinks student-athletes should be able to capitalize on their name, image and likeness.”

Obviously, a huge difference here is Mack backing the NCAA as strongly as other coaches who are against SB206 or other suggestions to a changing college sports landscape.

“I just hope that whatever happens isn’t ramrodded down the NCAA’s throat,” Mack went on to say. “I hope politicians don’t drive it so hard and fast that there are unintended consequences without a lot of thought going into it.”

These sentiments aren’t a minority thought. Despite the NCAA first having name, image and likeness issues presented to them roughly a decade ago with O’Bannon v. NCAA, providing the governing body of college sports ample time to come up with its own solutions, a large portion of coaches still prefer the NCAA to handle the situation without outside interference.

Insanity is… well, you know the line.

Mack might not need to worry, though. An Ohio State representative is already working toward presenting a federal NIL bill, building his policy around the NCAA working group’s findings, which will be presented to the governing body at the end of the month. 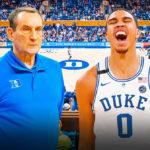 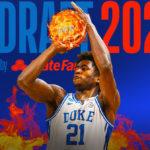 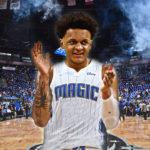 Magic select Paolo Banchero with No. 1 pick in 2022 NBA Draft

Nevertheless, the general public is unlikely to care what a Chris Mack, Mark Few or even someone as grand as a John Calipari has to say. However, when someone with the Duke Blue Devils legend’s stature says it – a man long virtue-called as someone operating the “right way” in college sports – the sentiment carries far more weight.

Editor’s note: This column on the Duke Blue Devils legend originally appeared on Forbes. It’s republished under terms of the publisher-author agreement under the author’s name.

Joseph Nardone has been covering college basketball for nearly a decade for various outlets in a variety of ways. You can follow him on Twitter @JosephNardone.