Jeremy Lin (full name Jeremy Shu-How Lin) is an American professional basketball player who currently plays for the Santa Cruz Warriors, the NBA G League affiliate of the Golden State Warriors. Lin was born on August 23, 1988 in Torrance, California. Both of Lin's parents emigrated from Taiwan.

At 6-foot-3, Lin functions primarily as a point guard. He is a capable playmaker who has the ability to catch fire and go on scoring outbursts.

Lin started playing basketball at an early age. It was his father, Gie-ming Lin, who taught Jeremy and his two brothers the game. His mother, Shirley Lin, was very supportive as well, as she helped establish the National Junior Basketball program in Palo Alto, California.

Lin went to high school at Palo Alto High School, where he starred as the basketball team's captain. As a senior, Lin led his squad to an unprecedented 32-1 record. They defeated the nationally-ranked Mater Dei in the state finals of the California Interscholastic Federation (CIF) Division II tournament. Lin was named Northern California Division II Player of the Year.

Lin was not heavily recruited by big college programs. After not being able to get into his preferred schools of UCLA, Stanford, and Cal Berkeley, Lin ended up going to Harvard, where he eventually graduated with a degree in economics and a 3.1 GPA.

While he did not take Harvard's basketball program by storm as soon as he arrived, Lin was an All-Ivy League First Team member by his junior year and again as a senior, the second time unanimously. He is now considered as one of the greatest players in Harvard basketball history.

Lin went undrafted in the 2010 NBA Draft. He signed with the Golden State Warriors but only played a minor role as a rookie. The Warriors waived him after one season, and he eventually landed with the New York Knicks a few weeks later. The Big Apple is where Lin made a name for himself in the NBA.

Dubbed as "Linsanity," Lin went on a furious run for an injury-savaged Knicks side during the mid-point of the 2011-12 season. After being called upon by then-Knicks head coach Mike D'Antoni to fill in at the point guard spot for New York, Lin went on an all-out scoring spree garnered national recognition. In an unforgettable 10-game run, Lin averaged 24.6 points per game as he broke several NBA scoring records (including most points in a player’s first five starts) along the way. The Knicks went on a seven-game winning streak with Lin leading the charge. This was, without a doubt, the most successful period of Lin's career.

In 2019, Lin signed with the Toronto Raptors, where he played a minor role during the squad's historic title run.

The Bucks’ huge X-factor that will swing the Finals, according to Jeremy Lin

Jeremy Lin’s next step after heartbreaking farewell to NBA

Jeremy Lin
@JLin7 • 1w
This announcement truly means a lot to me...dangg what an honor! Thanks @UNICEFUSA for choosing me to be a UNICEF Ambassador. UNICEF and I are helping to make children's mental health and well-being a top priority, during this pandemic and into the future. Join me in this work! 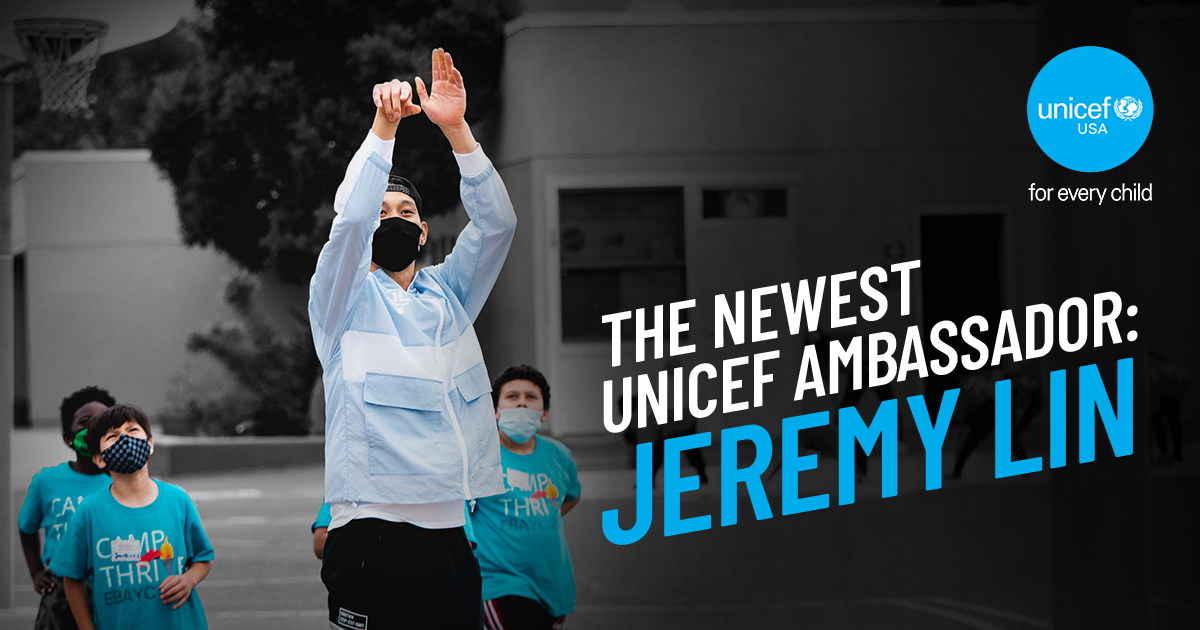 Jeremy Lin
@JLin7 • 2M
Must win for team USA bball!!
Jeremy Lin
@JLin7 • 2M
Still smiling about the @Bucks, a small market team, winning a chip and @Giannis_An34 loyalty to the city paying off 🏆 And to Wookie (Brook Lopez) and @toups_33 ... couldnt be happier for my guys!
Jeremy Lin
@JLin7 • 3M
I feel like CP3 gonna scold DBook and Kaminsky after the game for helpin Scott Foster up lol 🤷🏻‍♀️
Jeremy Lin
@JLin7 • 2M
Imo biggest adjustments from NBA to FIBA: - Far less space (no defensive 3 in the key, closer 3 point line) - More physicality (referees blow the whistle very differently) - Less scoring/more half-court play (emphasis on slower offense leading to less transition play)
Jeremy Lin
@JLin7 • 2M
Propsss to @naomiosakaa1 and @Simone_Biles for reminding us the importance of taking care of ourselves!! Grateful we get to watch how they’re gonna keep changing the game for future generations in AND outside their sports
Jeremy Lin
@JLin7 • 3M
May the God of HOPE fill you with all joy and peace as you trust in him, so that you may overflow with HOPE by the power of the Holy Spirit. - Romans 15:13
Jeremy Lin
@JLin7 • 3M
The secret to driving by defenders is not trying to go AROUND them but going THROUGH their shoulder. Initiating contact at the shoulder forces defenders to either open up slightly or get a blocking foul. Giannis and DBook are elite at this 👏🏼
SOCIAL LEADERBOARD + FOLLOWERS
KyleKuzma
#225.9M
JimmyButler
#235.7M
DraymondGreen
#244.9M
D'AngeloRussell
#254.5M
JeremyLin
#264.3M
DeMarcusCousins
#274.3M
DonovanMitchell
#284.2M
JaMorant
#294.2M
JaysonTatum
#304.1M
TraeYoung
#314.1M