The unseemly decline in Rockets, Bucks and Sixers bench production

The net rating of second units has recently become an excellent indicator of team success – all NBA champions since the Kobe-centered 2010 Lakers finished their season in top eight in terms of bench efficiency. Front offices have obviously recognized that trend, and we’ve seen even the top teams working hard on securing even more competent back-up pieces for their key players. After all, adept benches maintain leads, allow stars to keep their bodies fresh for the postseason and alleviate the risk from injuries. Point in case, not a single player on the Celtics’ and Warriors’ roster, the top teams in their respective conferences, currently averages more than 35 minutes per game.

However, there are certain teams that have, for one reason or another, gone against the grain this season and witnessed a sharp decline in their bench production in comparison to the 2016-2017 season:

Daryl Morey’s summer decision was to take the multiple superstars route, and the Rockets roster consequently sustained one of the highest turnovers of the offseason. In the deed of securing Chris Paul’s impactful playmaking and defensive presence, the Rockets had to part ways with a bunch of their backup players whose collective offensive production topped the league last season (5th in bench scoring). The most prominent departure was that of Lou Williams, who came in third in Kia NBA Sixth Man Award voting and formed a dynamic duo with Eric Gordon that provided crucial spark off the bench in the latter part of the season and the playoffs.

After the bench tandem had been broken up, it was clear that the bulk of Rockets’ bench production is destined to lie upon Gordon’s shoulders, a position he’s proven to thrive in. However, with CP3’s injury setback, Gordon was instantly promoted to a starting role, leaving the bench in the hands of defensive specialists (P.J. Tucker, Luc Mbah A Moute) and a group of unproven youngsters. The inevitable happened; the offensive numbers of the second unit plummeted, but no one expected that they would prove to be equally incapable on the defensive end.

Those bench numbers certainly look atrocious right now, but with the recovery of Chris Paul and Gordon’s reintroduction to the bench, they will most likely spike back up. If anything, the fact that the Rockets managed to maintain an 80% winning percentage with Chris Paul sidelined and such a lethargic bench is a true testament to the indispensable value of James Harden, and could become one of the main talking points of his MVP campaign. It will be interesting to see what this team with a restored bench balance is capable of as they start facing fiercer opposition (they’ve had the 11th easiest schedule thus far), but the Rockets are definitely in the group of teams aptly equipped to try and put an end to Warriors’ spell of dominance.

The Bucks are currently in the midst of the transition from a young and upcoming team to a regular postseason participant, and that process has been going pretty smoothly almost entirely thanks to Giannis Antetokounmpo’s swift rise to NBA stardom. His transformation from a completely raw prospect with insane physical attributes to a player with one of the most unique skillset ever has been one of the most alluring storylines over the past couple of seasons. His incredible emergence, however, shifted the general perception of the Bucks from a “young team with even more upside” to “Greek Freak’s team”, which might prove to be unsustainable in the long run.

A quick glance at the Bucks’ current second unit and their injury report (Matthew Dellavedova, Mirza Teletovic, Jabari Parker) might yield an argument that the dreadful bench numbers actually match the nominal ability of players Jason Kidd has at his disposal, especially now that they’ve traded Greg Monroe to strengthen their starting lineup with Eric Bledsoe. While that reasoning may be sound, you simply cannot convince me their bench from last year (Brogdon / Terry / Beasley / Teletovic / Monroe) was that much superior to the current one, and yet last season Bucks fielded one of the most productive second units in the entire league.

The cause of that inexplicable decline might actually be hidden in the fact that Giannis established himself as one of the premiere league players, which might have led to complacency by his coach and the supporting cast. The reliance on him to consistently make the right plays and single-handedly produce wins (currently leading the league in minutes played and has the fifth highest usage rate) has become overly emphasized, and while it may generate positive results over the course of the regular season, it definitely won’t fare well in the playoffs unless Giannisless units step it up.

The Bucks are on the verge of falling into the trap of turning into a team that automatically gets run over once you stop its centerpiece, the pitfall modern contenders are trying to avoid by forming “big threes” and ”big fours”. If they are to continue their upward trajectory, coach Kidd and the teammates themselves will have to start holding each other accountable and start performing, because as impressive as Giannis had recently been, he simply won’t be able to carry the load against the top teams all by himself. 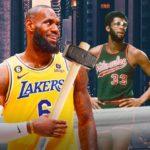 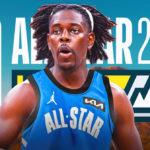 With Ben Simmons’ historically impressive introduction to the league and Joel Embiid finally having the freedom to exhibit the full scale of his talent, the Sixers have reached the second evolutionary stage of the Process – the Progress. The immediate beneficiary of the double teams Embiid deals with on virtually every possession and Simmons’ overpowering drives has been the often overlooked Robert Covington, who is currently fifth in the league in real plus-minus and shaping up to be one of the best contracts in the NBA. The starting lineup is rounded out by Dario Saric, a glue guy with an unquestionable work ethic who’s still finding his groove, and the veteran shooter J.J. Redick. That starting lineup has been outscoring the opposing lineups by a whooping 24.7 points on a solid sample size of 115 minutes.

With ten wins in seventeen games, the 76ers have definitely surpassed expectations, especially if you account for the fact that they’ve had the third toughest schedule so far. However, there is a lingering impression that their winning percentage might have been a tad higher if the reserve unit managed to keep up with the impressive production of their starters.

Similarly to the Bucks, the bench situation in Philly hasn’t exactly changed for the worse in terms of perceived strength, but the second unit this season seems much more prone to giving up a lot of frustrating runs to the units they are facing. The cause for that might easily be the unfamiliar game situations they are now being thrown into; while usually being responsible for cutting down the deficit in the previous seasons, they are suddenly expected to maintain the lead when one or both of their stars sit down. Brett Brown has been mitigating that mental issue by staggering minutes so that either Embiid or Simmons are on the floor at all times, but that might not be a long-term solution and actually has the potential to backfire.

As much as “getting the full load of Joel Embiid” (as Paul Pierce would put it) provides a great deal of amusement for all Sixers and NBA fans, every minute the Sixers manage to hold him off the floor might prove to be invaluable in the long run. Minimizing the risk of him getting reinjured and missing significant time will definitely be crucial for the continuation of the Sixers playoff candidacy, and their bench getting it together will be the main factor of putting that plan into action.

While the Rockets’ bench efficiency might naturally regress to the mean with the recovery of Chris Paul and reestablishment of their planned minutes distribution, the Bucks and the Sixers have some deeper issues they will have to deal with to regain the bench production they’ve managed to develop last season. Moving forward, that will simply have to become the point of focus for both the coaches and players, as historical data clearly imply that there is a tight correlation between bench performance and eventual playoff success.