Invest Everything In A Mikal Bridges Card Now 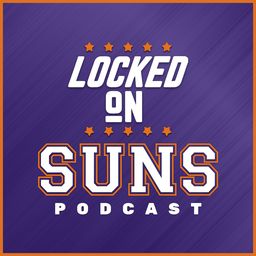 Locked On Suns - Daily Podcast On The Phoenix Suns 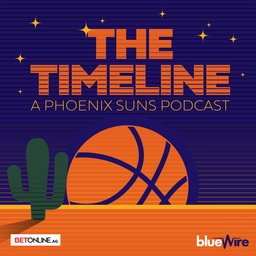 The Timeline: A Phoenix Suns Podcast 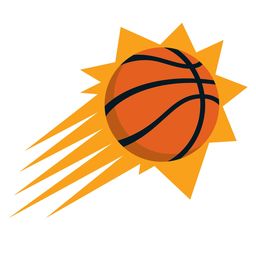 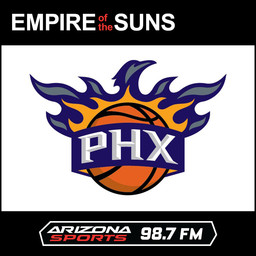 Empire of the Suns 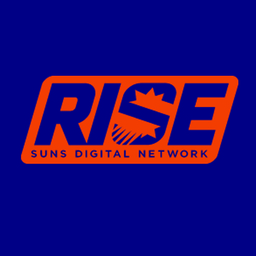 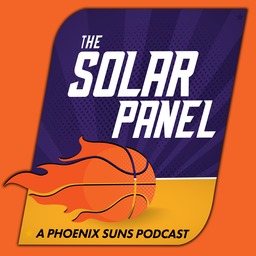 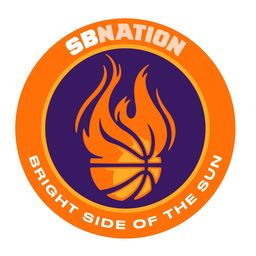 Bright Side of the Sun: for Phoenix Suns fans
LATEST Suns TWEETS
Kellan Olson
@KellanOlson • 3h
In awwwww news, Book’s dog spending some time at CP3’s and with the kids it appears 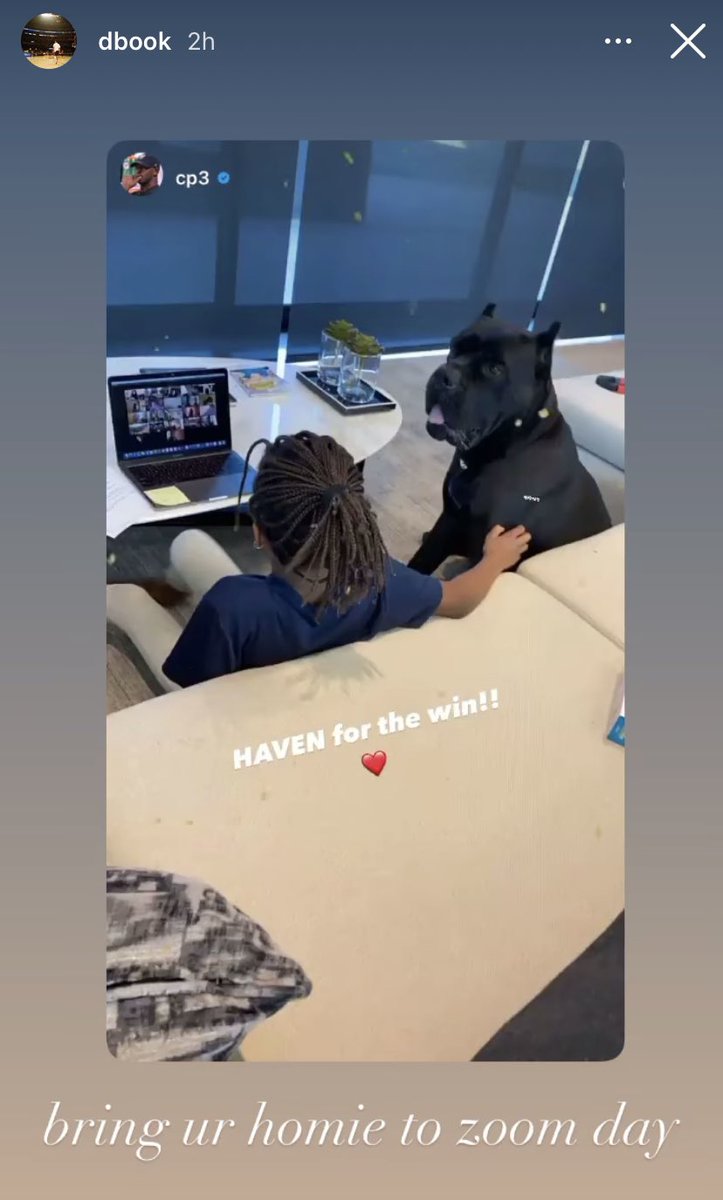 Espo
@Espo • 9h
We should have realized Monday’s game in Washington was problematic when they announced the Wizards starting lineup against the Suns. PG: 🦠 SG: 🦠 SF: 🦠 PF: 🦠 C: Robin Lopez
Suns Nation
@SunsNationCP • 1d
Yikes. Hoping things will be better soon. We want to watch some Suns basketball! 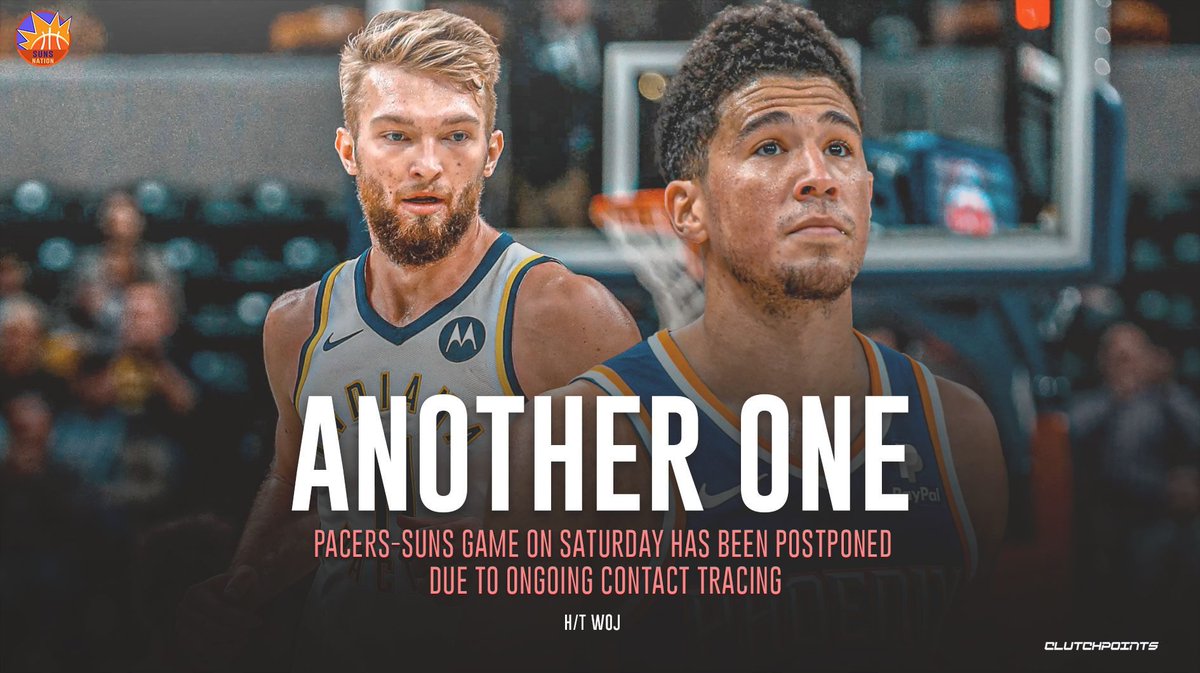 Gerald Bourguet
@GeraldBourguet • 1d
Can’t believe the Suns have to sit with the taste of that Wizards loss in their mouths for a whole week. And by that I mean I totally can believe it, because this was 100% preventable.
Gina Mizell
@ginamizell • 4h
For some reason this pause during the #Suns’ season feels even weirder than the March shutdown? I’ve come into each game day feeling like this:
Phoenix Suns
@Suns • 23h
BUCKETS. Take a look at our @PayPal highlights from the week!
Valley of the Suns
@ValleyoftheSuns • 1d
BREAKING (again): The @Suns announce the postponement of Saturday's home game vs. Indiana, citing health and safety protocols. That's three this week.
Phoenix Suns
@Suns • 1d 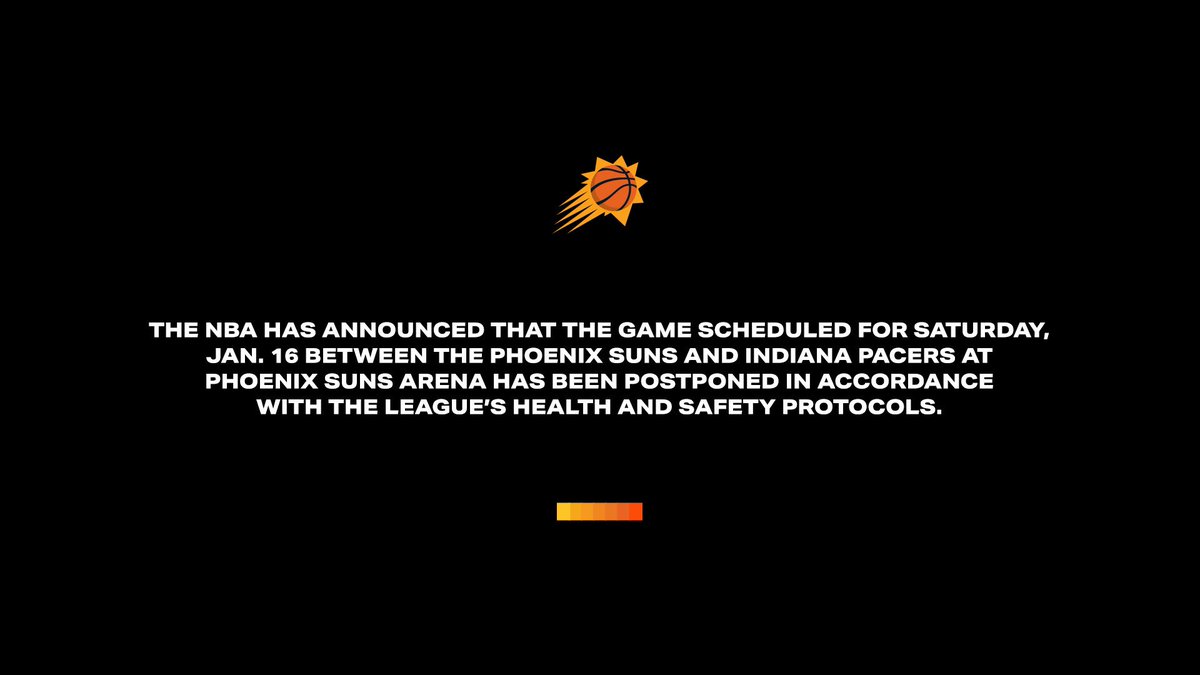 If there's anything we learned from the Suns during their stint inside the Disney World bubble, it's that this is a squad that holds a lot of promise. They ultimately fell short and were not able to make the playoffs, but by going a pristine 8-0 in their seeding games inside the campus, Phoenix was able to prove that they are more than capable of being a legitimate playoff team in the West.

Their time might just come this season. The fact that the Suns have made considerable upgrades to their squad (trading for Chris Paul, drafting Jalen Smith, signing Jae Crowder, extending Dario Saric) make us believe that they are currently primed to challenge for a postseason spot in 2020-21.

Did The Suns Win The Chris Paul Trade?+

Losing Ricky Rubio and Kelly Oubre Jr. -- among others -- serves as a significant blow for Phoenix's roster. However, bringing in 10-time All-Star Chris Paul -- one of the greatest point guards in NBA history -- is an indication that the Suns want to win now. They gave a lot to bring CP3 into the fold, but at this point, it appears to be a worthwhile decision.

Paul turned back the clock last season, leading the Oklahoma City Thunder on an improbable playoff run. This is exactly what the Suns are hoping for this season, and with Devin Booker and Deandre Ayton playing alongside him, this could be Phoenix's year.

Are The Suns Contenders Now That They Traded For Chris Paul?+

The Suns scored a huge win by bringing Chris Paul into the fold. He had a tremendous campaign for the Oklahoma City Thunder in 2019-20, and the Suns will look for the 10-time All-Star to do the same in Phoenix.

At this point, however, it seems presumptive to call Phoenix title contenders -- especially considering how the West is stacking up right now. The Suns will likely make a push for a playoff spot this coming season, but they appear to be a step or two away (or maybe more) from becoming a legitimate threat to the title.

What Can We Expect From Cameron Johnson In Year Two With The Suns?+

Having been selected 11th overall in the 2019 NBA Draft by the Minnesota Timberwolves, Cameron Johnson made his way to Phoenix in a preseason trade. In his debut campaign, the former UNC standout averaged 8.8 points, 3.3 rebounds, and 1.2 assists, while also connecting on 1.9 triples per game. It wasn't exactly a tremendous rookie year for Johnson, but there's no denying that the 24-year-old showed flashes of brilliance throughout the season.

Johnson upped his tally for the Suns during their unblemished run in the bubble, putting up 13.3 points, 5.9 rebounds, and 2.1 assists, with 1.9 three-pointers as a starter. He will likely reprise a bench role for a revamped Phoenix side this coming season, but expectations will be higher.

Who Is The Best Suns Player?+

Devin Booker isn't only Phoenix's best player at the moment, but he has also emerged as one of the most talented young players in the league today.

Last season, the 24-year-old put up averages of 26.6 points (on 48.9 percent shooting), 4.2 rebounds, and 6.5 assists, while also connecting on 2.0 triples per game on a 35.4-percent clip. Booker was one of the top shooting guards in the NBA last season, and this deservedly earned him his first All-Star honor.

Booker's scoring prowess is second to none, with the former 13th overall pick once logging a career-best 70-point performance back in 2018 against the Boston Celtics. He was just 20 at that time, becoming the youngest player in NBA history to eclipse the 60-point mark. He currently holds the record for the most points scored in a game among all active players in the NBA.

How Much Are The Suns Worth?+

According to Forbes, the Phoenix Suns franchise is worth $1.625 billion (February 2020).

This team has grown substantially in terms of net worth, since it was purchased by current owner Robert Sarver back in 2004. 16 years ago, Sarver paid just $404 million for the franchise.

Where Do The Suns Play?+

The Suns will play their home games for the 2020-21 campaign in the newly renamed PHX Arena. Formerly, the 18,000-capacity stadium was known as the Talking Stick Resort Arena, US Airways Center, and the America West Arena.

First opened in 1992, the stadium was constructed for an estimated price of $89 million.

The PHX Arena is also home to other sports teams, including the Phoenix Mercury of the WNBA, as well as the NHL's Phoenix Coyotes before the franchise became the Arizona Coyotes and began playing in Glendale, Arizona.

Who Owns The Suns?+

Robert Sarver is the owner of the Suns. He purchased the franchise back in 2004 for $404 million. His investment has grown quite significantly since then, with Forbes listing the franchise's value at $1.625 billion in February 2020.

Sarver, who made his fortune in the banking and real estate industries, is listed to have a net worth of $400 million as of 2019. He also owns RCD Mallorca, which is a football club that plays in the Spanish Segunda Division.

Who Is The Suns Head Coach?+

Monty Williams is currently the head coach of the Suns, entering his second season at the helm in 2020-21 after being hired by the front office last summer.

In 73 games with the Suns ahead of the 2020-21 season, Williams had a 34-39 record, good for a .466 winning percentage. Despite his modest record, however, many believe that he did a commendable job with the Suns last term, and majority of Phoenix supporters are looking forward to an even better season in 2020-21.

Aside from the Suns, Williams was the former head coach of the New Orleans Hornets/Pelicans from 2010 to 2015. The 49-year-old has also had stints as an assistant coach with the Portland Trail Blazers, Oklahoma City Thunder, and Philadelphia 76ers.

Who Are The Suns’ Assistant Coaches?+

Interestingly, all of Phoenix's current assistants joined the team prior to the 2019-20 season -- at the same time Williams took the helm.

The Suns’ assistants are Randy Ayers, Mark Bryant, Willie Green, Larry Greer, Darko Rajakovic, and Steve Blake. Blake is perhaps the most well known on the list, with the former NBA journeyman retiring from professional basketball just a couple years ago.

Who Are The Best Suns Coaches Of All Time?+

One could easily argue that John MacLeod should be considered as the greatest Suns coach of all time. Serving as the team's head coach from 1973 to 1986, MacLeod amassed a franchise record of 579 wins. He also led Phoenix to an NBA Finals berth in 1976.

Another legendary Suns coach is Paul Westphal, who was at the helm when Phoenix went all the way to the Finals in 1993. This was during Westphal's first season with the Suns, and he had season MVP Charles Barkley as his superstar.

Last but certainly not least is Mike D'Antoni, whose unconventional and groundbreaking approach to the game started during his days with Suns. Under his reign, he coached Steve Nash to back-to-back MVP titles while also winning the Coach of the Year award for himself in 2005 after leading the Suns to a 62-win campaign.

Who Are The Top 5 Suns Players Of All Time?+

Despite not having a single championship in its entire franchise history (hopefully this is something forthcoming), the Suns have had no shortage of all-time great players.

At the very top of our list is the one and only Steve Nash, who is starting his head coaching career with the Brooklyn Nets during the 2020-21 campaign. As a player, however, Nash was one of the Suns’ GOATs. The Canadian national won back-to-back MVP titles as Phoenix's talisman, and he is the team's all-time leader in three-pointers, assists, and free-throw percentage.

A very close second is another Hall of Famer in Charles Barkley. Being one of the greatest power forwards in NBA history, Barkley's most memorable campaign with the Suns came during the 1992-93 season. He won the MVP award en route to taking the Suns all the way to the NBA Finals, only to be outdone by Michael Jordan and the Chicago Bulls.

A couple of other names that deserve to be on the list are Shawn Marion -- the Suns all-time leader in defensive rebounds -- as well as Amar'e Stoudemire, who himself won the Rookie of the Year award as a Sun.

Rounding out our Top 5 is Kevin Johnson, who spent 12 productive seasons in Phoenix. This included a Most Improved Player of the Year award as well as three All-Star appearances.

Who Are Suns Legends?+

We could think of more than a few players that have garnered legendary status with the Suns franchise.