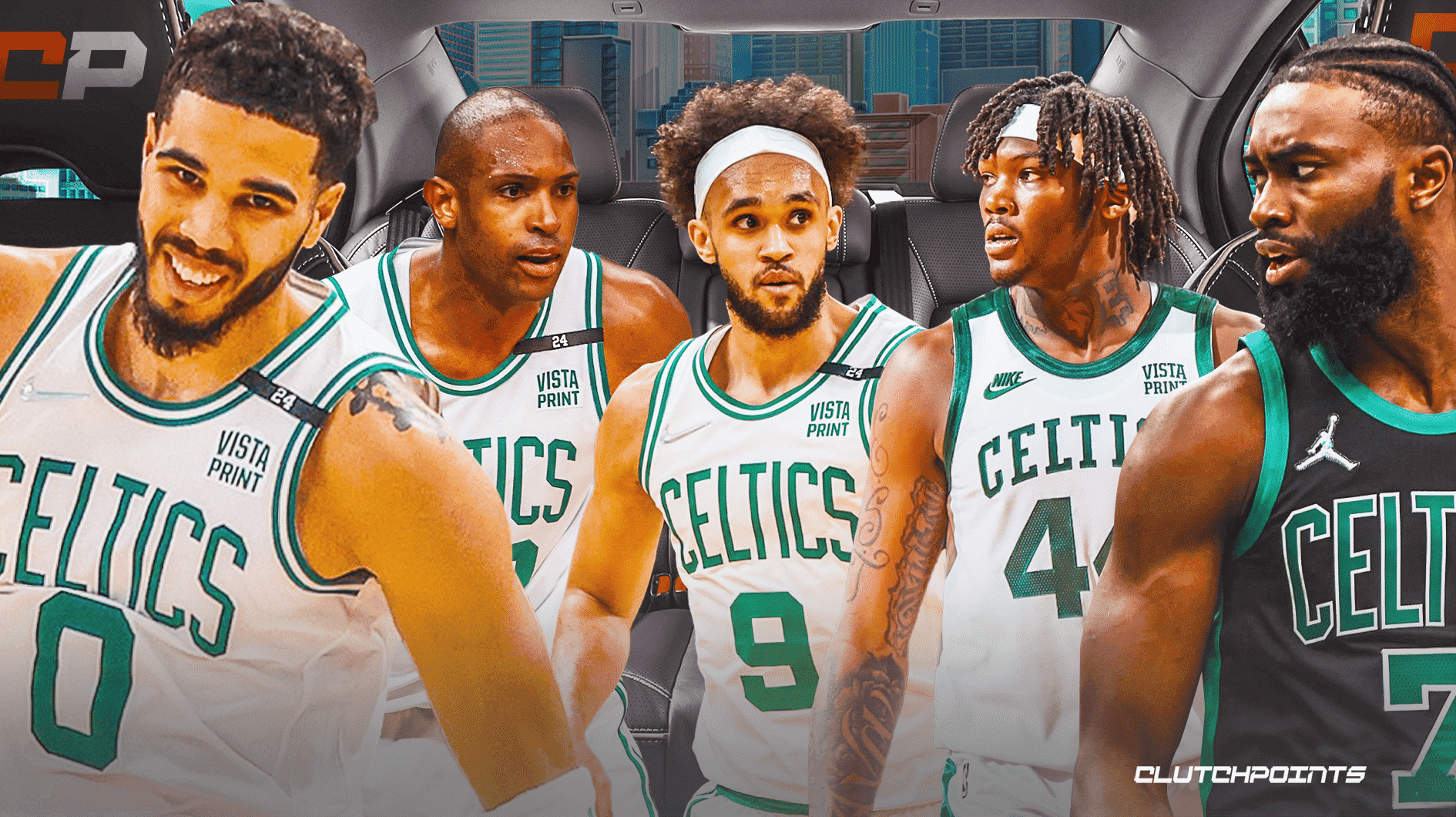 The Boston Celtics dominated the second half of their Game 5 victory over the Miami Heat to take a 3-2 series lead in the Eastern Conference Finals. Trailing by five at halftime, the Celtics outscored the Heat 32-16 in the third quarter. They led by as many as 23 in an eventual 93-80 win—a score that does not truly represent the lopsided nature of the contest.

Boston is one victory shy of its first NBA Finals appearance since 2010. Before looking ahead to Game 6, let’s first recognize the five biggest heroes of the Celtics’ Game 5 road win over the Heat.

When the Celtics’ offense was sputtering in the first half, it was Derrick White who kept the team afloat. Boston’s reserve guard entered the contest earlier than usual after Marcus Smart picked up two fouls in the game’s first five minutes.

Known for his strong defense, White stepped up on offense in the first half when his squad needed him most. White led all scorers with 11 points at intermission. By game’s end, he had accumulated 14 points on 6-of-8 shooting with five assists, two steals and a block across 29 minutes.

Derrick White showin' he means business with that AND-1 💪

It’s the second consecutive game in which White has elevated his level of play. Starting for an injured Smart in Game 4, White produced 13 points, eight rebounds and a team-best six assists. White also logged game highs in steals (three) and minutes played (41) in the Game 4 rout over Miami.

When Robert Williams III plays, the Heat is in trouble. The oft-injured center has been sensational on defense for the Celtics in each game he has suited up. Boston is 3-1 in games Williams III has played this series, and it’s easy to why. His presence in the middle defensively, highlighted by his ability to contest shots, is invaluable.

HOW DID ROB BLOCK THAT!? pic.twitter.com/qytNU7hSbg

Williams III finished the contest with 6 points, 10 rebounds and a game-best three blocks. At one point in the game, the Heat went on a 0-for-10 stretch from the field with Williams III defending their shot attempts.

The Heat have shot 0-for-10 from the field when Robert Williams has contested their field goal attempt. @ESPNStatsInfo

Williams III (knee soreness) will remain day-to-day for the remainder of the postseason. His presence in the lineup gives the Celtics an excellent chance to raise the franchise’s 18th championship banner.

Horford ended with a +13 in the plus-minus category. Horford currently holds the best +/- of the 2022 NBA playoffs.

Jaylen Brown had a brutal first half, scoring just six points and turning the ball over four times. But he took care of the basketball in the second half, scoring 19 points without committing a turnover. He engineered the play of the game, slamming home a ferocious dunk over Miami’s Bam Adebayo.

JAYLEN BROWN ARE YOU SERIOUS pic.twitter.com/1VECNURa8a

Brown led all scorers with 25 points. He connected on five triples, nearly making as many threes as the Heat’s entire team, which shot 7-of-45 (15.6 percent) from downtown.

Despite a low scoring output in the first half (four points), Tatum finished with a stellar stat line of 22 points, a game-best 12 rebounds and nine assists.

Tatum has been the best player of the Eastern Conference Finals. The Tatum-led Celtics look to close out the series Friday night at TD Garden in Boston in Game 6.