The Tampa Bay Lightning are fresh off their second straight Stanley Cup and they’re already strengthening the roster for a three-peat. On Thursday, the team announced the signing of former Anaheim Ducks superstar Corey Perry, who joins the Lightning on a two-year deal.

Corey Perry spent last season with the Montreal Canadiens, scoring nine goals and tallying 12 assists in 49 regular-season games. He was also instrumental in the Habs making it to the Stanley Cup, notching four goals and six assists in 22 playoff appearances.

Funny enough, it was actually the second straight year Perry lost to the Lightning in the cup finals. In 2020, he was a member of the Dallas Stars, who also fell to Tampa Bay. 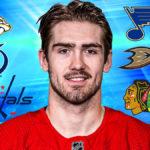 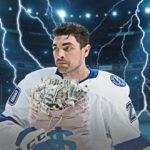 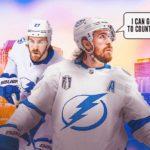 While Corey Perry has seen his numbers definitely drop since his days with the Ducks, he’s still an experienced winger who brings leadership and a competitive spirit to the Lightning. The 2011 Hart Trophy winner has scored 386 goals in his NHL career and added more than 400 assists.

He’ll be a nice addition to the Lightning as they look to run it back once again. Hopefully, Corey Perry can maybe even get another ring before he hangs them up because, at 36-years-old, there’s only so much left in the tank for the Canadian.