In a decision that left many Seattle fans disappointed, the city council voted 5-4 against allocating a certain parcel of land for a new NBA arena in the hopes of bringing an NBA team back to Seattle.

In the 5-4 decision, all of those in favor were men, and all of those against the measure were women. As you might expect, the vote has received some vicious backlash from the Seattle community, particularly against the women on the city council.

Since the vote, the female members have been receiving hateful messages from some of the less-than-upstanding Seattle sports fans.

“You have made this world a worse place by whoring yourselves out to the highest bidder,” one email from Washington attorney named Jason M. Feldman said to the female city council members.

“Each of you should rot in hell for what you took from me yesterday. I TRULY pray for nothing but horrible things for each of you moving forward.”

According to the Seattle Times, Feldman is currently appealing a 2-½ year suspension by the state bar association for having sexual relations with a client.

Unfortunately, the insults and hate mail did not stop there. 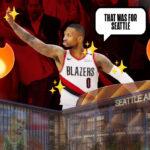 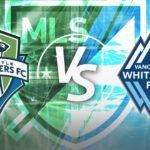 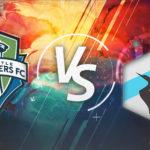 “I think someone should smash Kshama Sawant’s head into a brick wall,” one Twitter user wrote, referring to one of the women who voted no.

“So this is why Ann Coulter has said that women shouldn’t be allowed to vote,” said another.

While the sexist comments are unfortunate and classless, they are the opinion of a small minority. Recent polls have shown that 77% of registered voters actually support the council’s decision.

Seattle still has until November 2017 to secure a deal for a new arena and team, though NBA commissioner Adam Silver has already stated there are no plans to bring a team back to Seattle any time soon. Hopefully for Seattle fans, they can find a deal Seattle and the NBA can agree on.