Even as Raphinha has not yet played in an official match with Barcelona, he has already drawn comparison to two of the most prolific Brazilian forwards to ever play for the club.

Speaking during a pre-match press conference ahead of Barcelona’s La Liga season opener against Rayo Vallecano, Xavi Hernandez touched on his early impressions of Raphinha. He took some time to laud the Brazilian winger by bringing up both Neymar and Rivaldo.

“I think he’s different from other players,” Xavi said. “He’s more of a natural winger. He’s perhaps like Neymar, but he can shoot like Rivaldo. He’s a mix of those two. He can cut inside, he can score. … He has the qualities to make the difference. We knew of his abilities and when you can come to Barca and show this personality it says a lot.”

Neymar shined over his four-season run at Barca, while Rivaldo scored a multitude of crucial goals during his respective tenure with the Catalan side.

On Raphinha’s part, he knows quite well about the storied history that multiple superstar Brazilian talents made while at the club. He did note during his introductory press conference at Barca that if he can achieve half of what the likes of Neymar and Ronaldinho accomplished at the club, “it will be more than enough.”

“I have many idols that have played here and made history,” Raphinha said. “I began to follow Barca when Ronaldinho came here. I was also influenced by Neymar Jr. If I achieve half of what they have done, it will be more than enough. I’m realizing a childhood dream. I feel privileged to be here.” 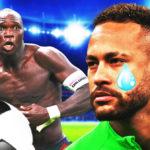 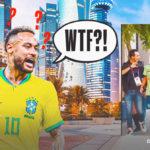 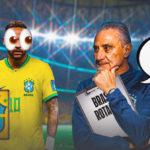 Raphinha is already off to a promising start with the La Liga powerhouse, as he chipped in with two goals and four assists in five preseason fixtures played. For one, the former Leeds United winger rose to the occasion in the 1-0 friendly win over Real Madrid, scoring an outside-the-box goal in the first half.

Raphinha was officially registered with Barca on Friday, so he will be eligible to make his official debut with the club in the upcoming clash against Rayo Vallecano.