Blazers’ Zach Collins out for Game 1 vs. Lakers due to ankle injury

The Portland Trail Blazers will be without big man Zach Collins for Game 1 against the Los Angeles Lakers, per Marc J. Spears of The Undefeated.

Collins is dealing with left ankle inflammation. The Blazers will start Wenyen Gabriel in place of Collins.

Wenyen Gabriel will start for Collins.

This is bad timing for the Blazers, as they were healthy for the first time all season during the seeding games and went 6-2. They also defeated the Memphis Grizzlies in the play-in game to get to the 2020 playoffs.

Zach Collins is averaging 7.0 points and 6.3 rebounds on the season for the Blazers. His absence will be felt on the defensive end of the floor in Game 1, as Wenyen Gabriel and Portland are going to have their hands full with Lakers superstar big man Anthony Davis in the post. 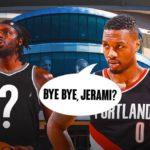 Even though Blazers superstar point guard Damian Lillard is the hottest basketball player on the planet right now, Portland is still heavy underdogs against LeBron James and the Lakers. Los Angeles has the best record in the West and two top-five players in James and Davis.

The only way the Blazers are going to pull off this upset is if Lillard averages close to 50.0 points per game in the series (which is possible) and the Lakers struggle on offense. Even if both of those things happen, the Blazers still need a lot of luck to knock out The King and The Brow.