Brooks Koepka is one of the most popular golfers on the PGA Tour right now. He is an excellent golfer and his net worth reflects that. In this post, though, we’re mostly going to focus on Brooks Koepka’s net worth in 2021.

Brooks Koepka, 31, is currently the 13th-ranked golfer in the world and has already earned nearly $4 million in the 2021 season after finishing tied for second at the PGA Championship behind the legendary Phil Mickelson. Koepka has earned over $35 million in his career.

Koepka turned pro in 2012 while being only 21 years old and has steadily improved his performance since. He has earned many career accolades and a good amount of money too thanks to his success on the golf course.

Koepka has proved his marketability and money-making savvy both on and off the course. He makes money through impressive tournament wins on the PGA Tour, of course, but he is also prolific in the arena of sponsorships. He has illustrious sponsorships with Rolex Watches, Nike, Infor (a software company), NetJets (a private jet company), and Michelob Ultra.

His sponsorships are incredibly varied and he touches a lot of different markets. He has done well to appeal to golf’s main demographic: higher society and people with money. Rolex, NetJets, and Michelob Ultra are all expensive products and appeal to golf’s target demographic. Rolex and Michelob Ultra themselves are golf staples on many courses throughout the country.

The 2021 season has been a rather eventful one for Koepka. He needed to undergo an invasive knee surgery in March after an inconsistent start to the season that saw him miss several cuts while also winning the Waste Management Phoenix Open. The knee was clearly bothering him, and there was concern about him missing a long time.

Koepka returned way earlier than expected from his injury in order to participate in the Masters in early April. He only missed about a month and a half of action despite the surgery. Unfortunately, the 31-year-old missed the cut at Augusta and then missed the cut again a month later at the AT&T Byron Nelson.

However, Koepka’s performance at the PGA Championship brings plenty of room for optimism that he’s finding his groove again and will be back to winning majors in no time. While he faltered on Sunday after appearing to have a good chance of beating Mickelson, it was a successful weekend for the star after all the injury issues. There are still two majors left in the 2021 season, and Koepka will be gunning for them.

Koepka also just reignited his feud with Bryson DeChambeau, which will only increase his notoriety and to many his popularity. Koepka and DeChambeau are two of the best players on the PGA Tour and have built up a nice little rivalry, and that’s always fun to watch for fans.

Koepka still has plenty of time left to grow his net worth and improve his play. At only 31 years old, Koepka has already done well for himself and the best golfers play the sport of long periods of time. He could have two decades left in the sport and that is a lot of time to make money and acquire accolades. Not to mention, he is a four-time major winner. He won the U.S. Open in back-to-back years in 2017 and 2018. He did the same with the PGA Championship in 2018 and 2019. 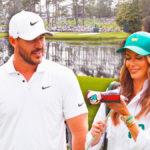 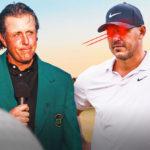 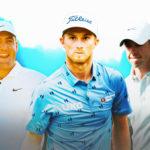 For the remainder of the season, Koepka will have to find some consistency to rise in the rankings. He has performances where he looks elite, shooting well under par and impressing everyone who watches. Other times, he struggles to maintain composure and stay at par or below. To improve, he will need to cut out the awful performances and maintain composure.

Koepka started incredibly young and has proven himself to be a star in the sport. He is one of the more popular golfers playing and his erratic style endures him to fans of golf. Many love his long drives, impossible looking putts, and emotion on the course.

He has turned himself into a popular marketing tool within the sport. His sponsorships and tournament wins have made him a millionaire, and his wealth will like continue to grow as he spends more time in the sport. Unless injuries really slow him down moving forward, there’s no reason to expect Koepka won’t win many more tournaments and even more majors. He has a bright future ahead of him.

Nonetheless, were you at all stunned by Brooks Koepka’s net worth in 2021?