The Boston Bruins and the Washington Capitals are on a collision course in the 2021 NHL Stanley Cup Playoffs, as they will face each other in the first round. As if this matchup needs any more flavor to spice things up, this series will see Caps hulking defenseman Zdeno Chara going up against the team where he built a legendary career. Needless to say, his former teammate, Brad Marchand, is thrilled over the prospect of facing Chara and the Capitals.

Speaking to reporters after the Bruins’ 3-2 overtime win over the New York Islanders at home on Monday, Marchand shares his thought about the looming playoff matchup.

Via Abigail Adams of NESN:

“I think at the start of the year you probably could have guessed this was going to play out this way,” Marchand told reporters during his postgame media availability after Monday’s win over the New York Islanders. “Obviously, it adds another storyline to the game and to the series. They’re obviously a very dominant team. Big. Physical. And that’s obviously where they gain a lot of emotion and energy from that.

Of course, Brad Marchand is very much familiar with the play of Zdeno Chara and the Capitals, having seen them multiple times in the regular season. In fact, the two teams have faced off a total of six times, as of this writing, with the Bruins owning a 4-2 advantage. Chara played for 14 consecutive seasons with the Bruins before inking a one-year deal with Washington in 2020. 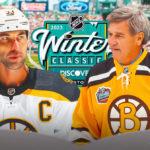 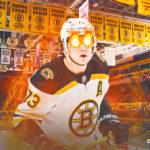 Interestingly enough, Boston and Washington will tussle one more time before the playoffs, with the former visiting the Capitals Tuesday night.

Game 1 of the Bruins-Capitals series will be on Saturday, May 15th.